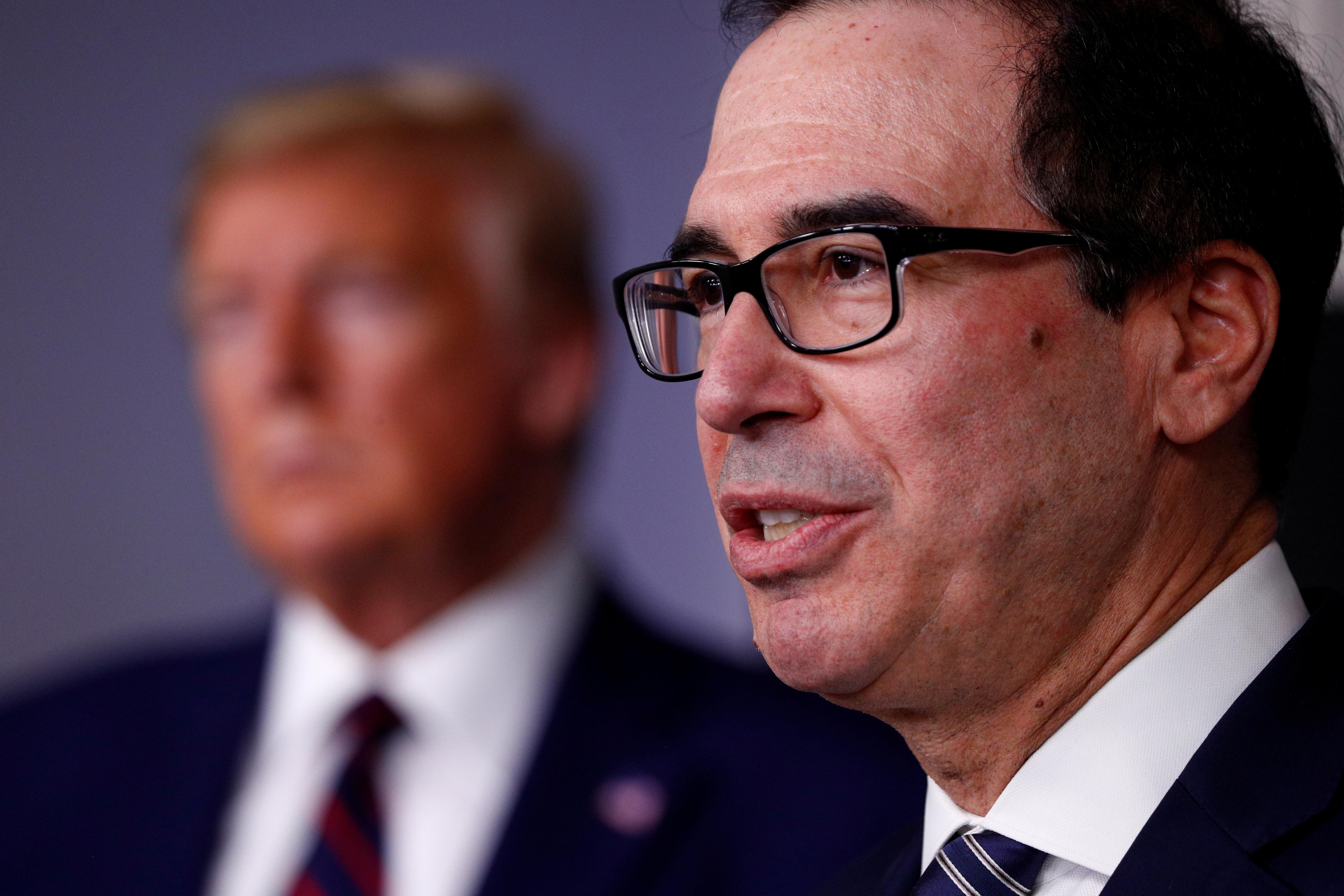 One day after Republicans failed to ram through the Senate a $250 billion increase in loans for small businesses suffering from closures due to the coronavirus outbreak, Schumer said in a statement that he had a “constructive” conversation with Mnuchin.

Democrats support the $250 billion in new funding but want to set aside some of the lending for community and minority-owned banks.

Besides the small-business funding, Schumer and House of Representatives Speaker Nancy Pelosi are seeking another funding stream of more than $250 billion. It would be dedicated to helping hospitals dealing with surges in patients infected with coronavirus and aid to state and local governments, along with expanded food aid for the poor.

Republicans have opposed this second batch of funding saying it is premature.

Democrats call this an “interim” bill for Congress to approve before moving onto a potentially broader measure to further help the U.S. economy recover from a massive increase in unemployment and business slowdowns as Americans cloister themselves at home until the virus is under control.

“There’s no reason why we can’t come to a bipartisan agreement by early next week,” Schumer said of the interim measure.

Aides to Senate Majority Leader Mitch McConnell, a Republican, had no comment on the possibility of a deal early next week.

And at a mid-afternoon coronavirus news conference, Trump did not signal a willingness to give in to Democrats’ demands.

Asked if he would agree to a bill that includes more money for hospitals and state and local governments, Trump said: “I think the hospitals need help — I am okay with that.” But he added that he thought such aid should be accomplished in legislation further down the road.

The $250 billion in small-business loans, which could turn into government-paid grants if lenders meet certain terms, would be in addition to $349 billion already allocated by Congress.

Also on Friday, House Intelligence Committee Chairman Adam Schiff said he introduced legislation to establish a bipartisan commission to look into the U.S. response to the coronavirus outbreak. The commission would be modeled after one created after the Sept. 11, 2001 attacks on the United States.

Some critics have said Trump was slow to react to the coronavirus outbreak, which in turn may have delayed widespread availability of tests for the virus and medical supplies.