In the firing line are regimental titles such as Kingsman, a soldier in the Duke of Lancaster’s Regiment, Rifleman in the infantry, airman, crewman, able seaman, bandsman and craftsman. Also under scrutiny is Colour Sergeant, used by the Royal Marines and Army infantry battalions, and introduced in 1813 in the Napoleonic Wars for distinguished service. First Sea Lord, the senior service’s most senior admiral, can be traced to the creation of Senior Naval Lord in 1689. This was changed to First Naval Lord in 1777 and First Sea Lord in 1904.

The current holder, Tony Radakin, was at Prince Philip’s funeral. In 2011 the Queen and the Duke were shown naval deployments with the then First Sea Lord Sir Mark Stanhope.

The Diversity and Inclusion Review, ordered by the head of the Armed Forces General Sir Nick Carter, will be undertaken by Lt Gen James Swift.

Based at Army HQ in Andover, Hants, his team includes director of infrastructure Sherin Aminossehe, the MoD’s race champion, and Samantha des Forges, appointed director of diversity and inclusion in February on a salary of £110,000. This is more than the commanding officer of an infantry battalion responsible for 650 soldiers.

The review will assess opportunities for women, black and gay members, as well as seeking to raise the military’s awareness of LGBTQIA+ terminology.

Senior MoD sources said this was a “toolbox” to guide policy.

“These aren’t recommendations – they will be signed off by ministers as part of the MoD’s attempt to meet diversity targets by 2030,” said the source.

In September last year the then veterans minister Johnny Mercer told Parliament that there were 44 civil servant posts at the MoD with the words “diversity” and “inclusion” in the job title, and today all Armed Forces units have at least one such representative.

Officers at the Shrivenham military staff college are being taught to avoid the word “manpower” in reports and being gender-specific in presentations.

The report also revealed that just 40 percent are dealt with within the 24-week target. 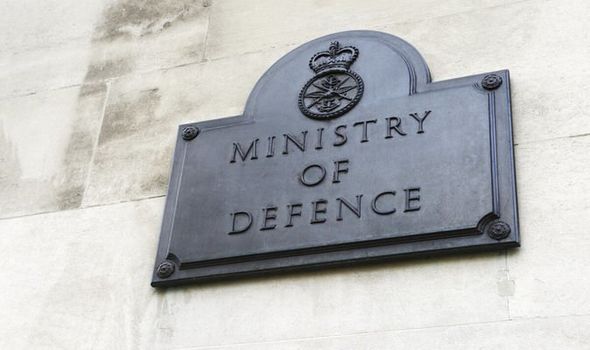 One female officer said: “If we have failings in dealing with complaints efficiently it isn’t because of lack of trying – it’s because resources are stretched too thinly. I’m not convinced that changing names of historic ranks addresses this, nor am I convinced that there is a clamouring for these changes by women.

“Even if it is gendered, most of us see a rank in terms of status. The danger of making allowances is that it takes the focus off us as soldiers or able seamen and puts it on the fact that we are women – precisely what we want to avoid.”

One female able seaman said: “I’m an able seaman. That’s my rank and I’m proud of it.”

A consultation across guards regiments after allowing females to join frontline units in 2017 found women preferred to keep the name guardsman.

Last night Admiral Lord West, First Sea Lord from 2002-2006, said the key thing was the Forces were the best for their size.

He added: “Inclusivity is important. I wrote the report into having women at sea and it was the right decision.

“But if the focus is on whether ‘man overboard’ should be ‘person overboard’ we forget that the point is to save a human life when someone falls in the sea.”

An MoD spokesperson said: “We are committed to creating a welcoming and inclusive environment across our military and civilian workforce.

“As part of this, we regularly review the language we use in communications and signage to remain as inclusive as possible.

“A project led by the Diversity and Inclusion Directorate to produce defence-wide guidance on inclusive language is set to be published later this year.”