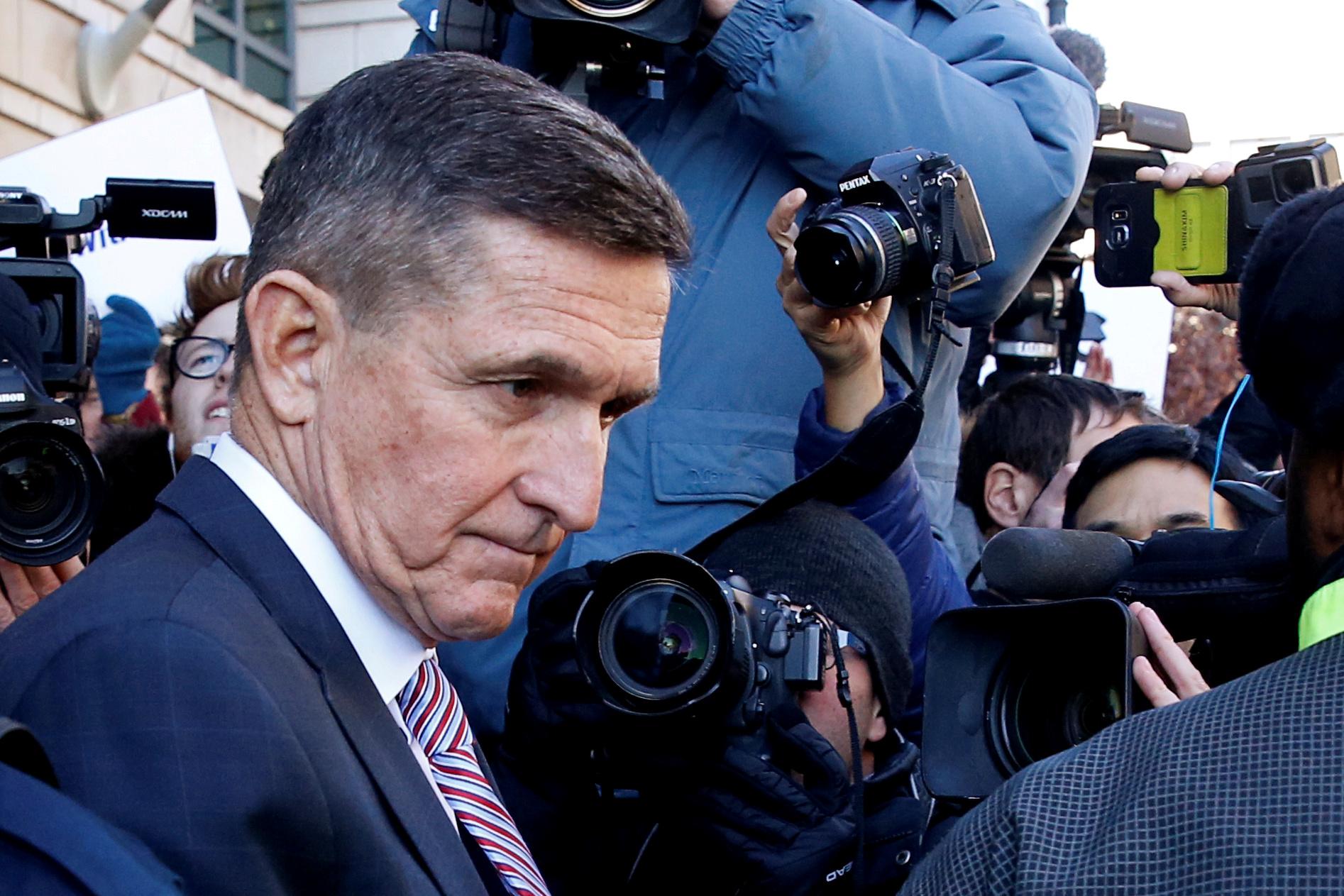 The criticism came in a legal brief the nonprofit The Protect Democracy Project plans to file in federal court in Washington. They accused Attorney General William Barr of abusing his oath of office by asking to dismiss the criminal charge against Flynn, who has pleaded guilty to one count of lying to the FBI.

“The government’s request in this case does not appear to advance the interests of justice or the public, nor does it appear to be free of impermissible and unlawful taint,” they wrote in a prepared filing seen by Reuters, adding that the request “appears to serve President Trump’s personal political interests, rather than the interests of the public.”

Flynn, a retired Army lieutenant general who was briefly Trump’s national security adviser, pleaded guilty in 2017 to lying to the FBI about interactions with Russia’s U.S. Ambassador Sergey Kislyak in the weeks before Trump took office.

After agreeing to cooperate, Flynn switched lawyers and tactics, arguing the FBI tricked him and asked that his plea agreement be dismissed.

Sullivan has made it clear he is not willing to simply rubber-stamp the request.

He appointed retired Judge John Gleeson to present arguments on whether Flynn should face an additional criminal contempt charge for perjury.