Home » Politics » Nadine Dorries: Next BBC licence fee deal will be the last 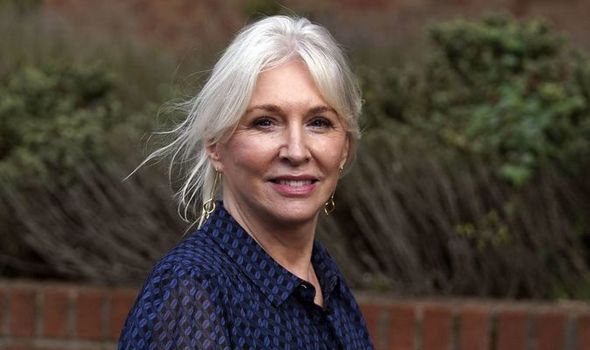 In a reference to the controversial decision to end free licences for older viewers, Ms Dorries said: “The days of the elderly being threatened with prison sentences and bailiffs knocking on doors are over”.

She revealed her plans via Twitter yesterday morning, declaring: “This licence fee announcement will be the last.”

This came after it emerged the licence fee will be frozen for two years from April.

Under the BBC’s Royal Charter, the moneyspinner is guaranteed until at least December 31, 2027. After that the way the national broadcaster is paid for will be decided by the Government.

A BBC source said of the fee freeze: “Anything less than inflation would put unacceptable pressure on the BBC finances after years of cuts.”

The source added there were “very good reasons for investing in what the BBC can do for the British public and the creative industries and the UK around the world”.

An ally of Ms Dorries said: “There will be a lot of anguished noises about how [a fee freeze] will hit popular programmes but they can learn to cut waste like any other business. This will be the last BBC licence fee negotiation ever.

“Work will start next week on a mid-term review to replace the charter with a new funding formula.

“It’s over for the BBC as they know it.”

The Corporation has been arguing for licence fee rises sufficient at least to cover inflation in the next five years.

That is expected to hit 4.4 per cent next year and the broadcaster says it will struggle to meet the increasing cost of programming if the cash it gets from households does not go up at a similar rate. It pays for BBC shows and services – including TV, radio, the BBC website, podcasts, iPlayer and apps.

But Tory MPs have been arguing that the money people pay could be reduced owing to the success of paid-for streaming services such as Netflix – which costs from just £5.99 a month – and Amazon.

There is also Freeview and YouTube which are free to watch and paid for by advertising.

The BBC will have to negotiate with the Government over an entirely new funding model when the final licence fee funding deal expires in 2027 – with potential options including a subscription service, partprivatisation, or direct government funding.

A Government source said that “the days of staterun TV are over” and praised the growth of US-run private sector companies such as Netflix and YouTube.

The Corporation has already been preparing for the end of the licence fee.

Suggestions include a universal levy on broadband subscriptions – meaning people would automatically have to pay more to have the internet whoever the provider. The money creamed off would go to the BBC. Such a plan is likely to be very unpopular, especially among young people who don’t tend to watch BBC shows but turn to Netflix and its rivals.

There is also an idea that the broadcaster could be funded with a grant from general taxation – although this could undermine its editorial independence and leave it even more at the whim of Government anger.

Previously, Ms Dorries – who was appointed Culture Secretary in September – said she thought the BBC should exist, but it needed to be able to take on competitors.

At the Conservative party conference in October, she said the Corporation needed “real change” in order to represent the entire UK.

She also accused it of “groupthink” – where people are so keen for harmony within a group that it results in irrational decision making.

The BBC was “a beacon for the world”, Ms Dorries admitted, but she thought people who had worked their way up had similar backgrounds, a certain political bias and thought and talked the same.

She said: “British broadcasting and our creative industries are renowned around the world and should be at the heart of global Britain.” Last year, the Government decided not to move ahead with plans to decriminalise non-payment of the licence fee but said it would “remain under active consideration”.

A year earlier the over-75s had to start paying for their licence fee – previously they got it free. It came as the Government stopped footing the bill as part of the BBC’s last funding settlement.

Thousands of over-75s are struggling to survive this winter, says DENNIS REED

For months I have been urging Culture Secretary Nadine Dorries to include the restoration of free TV licences for the over-75s as a red line in the negotiations with the BBC over the future of the licence system.

She appears to have been taking a hard line with the BBC over the level of the fee for the next five years, but there has been no public mention of the plight of those millions who lost their free licences in 2020.

Yesterday, Ms Dorries tweeted that the days of older people being threatened with prison and the bailiffs “are over”.

But they will not be over for the next five years, unless the Government makes the BBC agree that no enforcement action should be taken against anyone who previously received a free licence or, even better, that the scheme as it was is restored.

It is so important that the over-75s are not left out of the negotiations as we are at a critical stage in the enforcement process and older people are already being hit harder than most by the costof-living crisis.

The latest official figures from the BBC reveal that about a quarter of a million over-75s’ households have been unable to pay the licence fee, even though it is 18 months since their free licences were scrapped.

Millions more have paid the fee under duress, even though they have had to scrimp to do so.

TV Licensing is finding ways round its promise to the Government that over-75s will be treated with “the utmost sensitivity”.

Capita is sending threatening letters to the over-75s addressed to “the occupier” rather than the named pensioner. These letters directly threaten a £1,000 fine.

With the triple lock on state pensions suspended, the winter fuel allowance frozen and energy and food prices surging, the over-75s need licence fee enforcement like a hole in the head.

It will already be a struggle for thousands to survive this winter.

Ministers have consistently said that they are “deeply disappointed” in the BBC’s actions against the over-75s. Now is the time to show they mean it.

Anything less than an indefinite enforcement amnesty will be a betrayal of older people.