Political professor and famous election night face Sir John Curtice has issued a stark warning about the future of Scottish independence. Speaking to George Galloway’s MOAT’s show on RT, the politics genius said the SNP have lost a ‘crucial advantage’ following the arrival of the Alba party. He added that Scottish independence “unity is at risk of being fractured” before going on to say “there is disagreement about the tactics” of how independence will be achieved.

In a damming prediction, the political boffin made a stark warning of Sturgeon’s future as he outlined how the SNP have lost a ‘crucial advantage’ with the arrival of the Alba party.

Sir John told Galloway: “Undoubtedly the crucial advantage that the nationalist movement have had in Scotland is that it was effectively united.

“The SNP basically was the only party for the most part representing nationalism in Scotland albeit with the bit of independence from the Greens.”

But he added this was over now the Alba Party was on the scene following a spectacular fallout between Sturgeon and Salmond following the former first minister’s harassment inquiry.

JUST IN: ISIS terrorists ‘killed by British police officer’ after he snatches AK-47 in escape 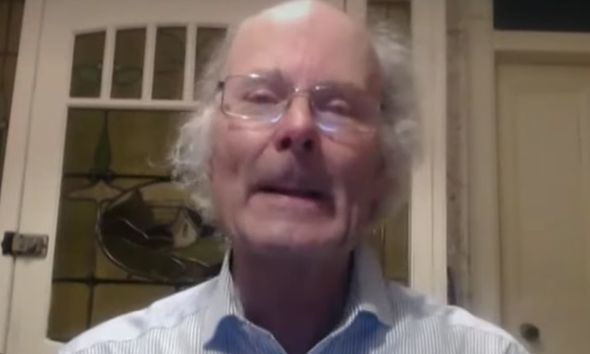 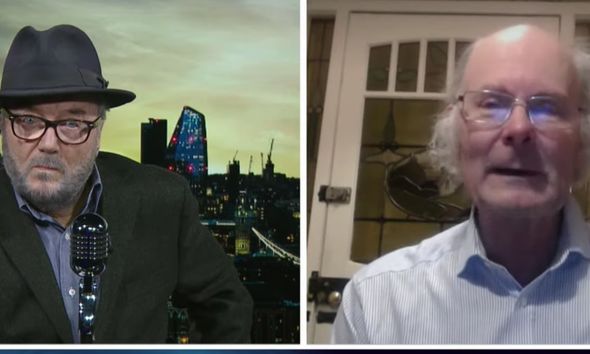 He went on to say: “What we have now got in the nationalist movement in a sense is that unity is at risk of being fractured.

“And there is disagreement about the tactics (within the Scottish independence movement).”

In recent days the SNP have seen a growing number of defectors from their party to join the new Alba party. 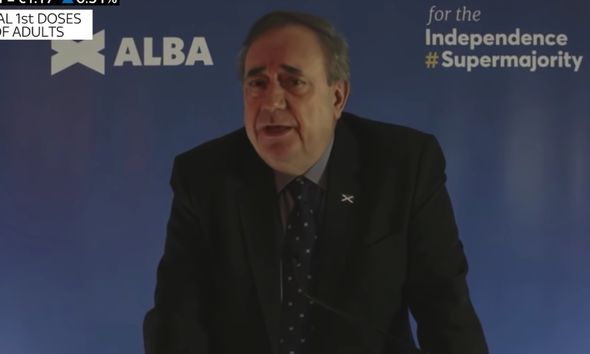 Support for Scottish independence has never risen above 56 percent and has fallen behind support for the UK in a string of recent opinion polls.

The launch was fraught with technical difficulties and the website embarrassingly misspelt the word independence – instead, the word read: ‘Independence.

The Alba Party seeks to form a supermajority of Scottish independence in Holyrood.

Alba Party website glitch shows names of thousands of supporters
How Nicola Sturgeon could borrow from Tory playbook to hold Scotland
Sturgeon’s SNP is at war with itself, the victim is Scotland 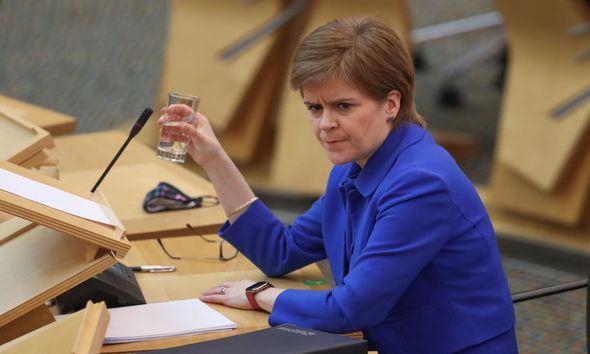 Alex Salmond’s strategy at the upcoming Scottish elections is to encourage supporters of independence to vote SNP in their local constituency but vote for the Alba Party on the second ballot.

But if the Alba Party is able to take around half of the regional vote from the SNP, it could win up to 20 seats.

This would leave Ms Sturgeon short of an overall majority for her own party but with a nationalist bloc of around 80 SNP, Alba and Green MSPs, from a total of 129.

Mr Salmond has said the Alba Party will not seek to form part of a coalition government but a minority SNP administration would rely on Alba’s support to pass legislation and further the case for Scottish independence..