Nikki Haley told the Republican National Convention on Monday night that she and President Trump did what former President Barack Obama and Vice President Joe Biden, the Democratic presidential nominee, failed to do on the world stage.

She also claimed that for many Democrats, it’s “fashionable to say that America is racist” — a statement she considered “a lie.”

“We did what Barack Obama and Joe Biden refused to do,” Haley, Trump’s former ambassador to the U.N., said in a live speech from Washington, D.C.. “We stood up for America. And we stood against our enemies.”

Haley ran through a list of what she considers Trump’s foreign policy accomplishments: forging a relationship with North Korea and its leader Kim Jong Un; ripping up the Iran nuclear deal; and moving the U.S. embassy in Israel to Jerusalem.

The former South Carolina Republican governor used her speech mainly to attack Biden and Democratic party while heaping praise on her former boss.

“Joe Biden and the socialist left would be a disaster for our economy,” the former ambassador said. “But President Trump is leading a new era of opportunity.” 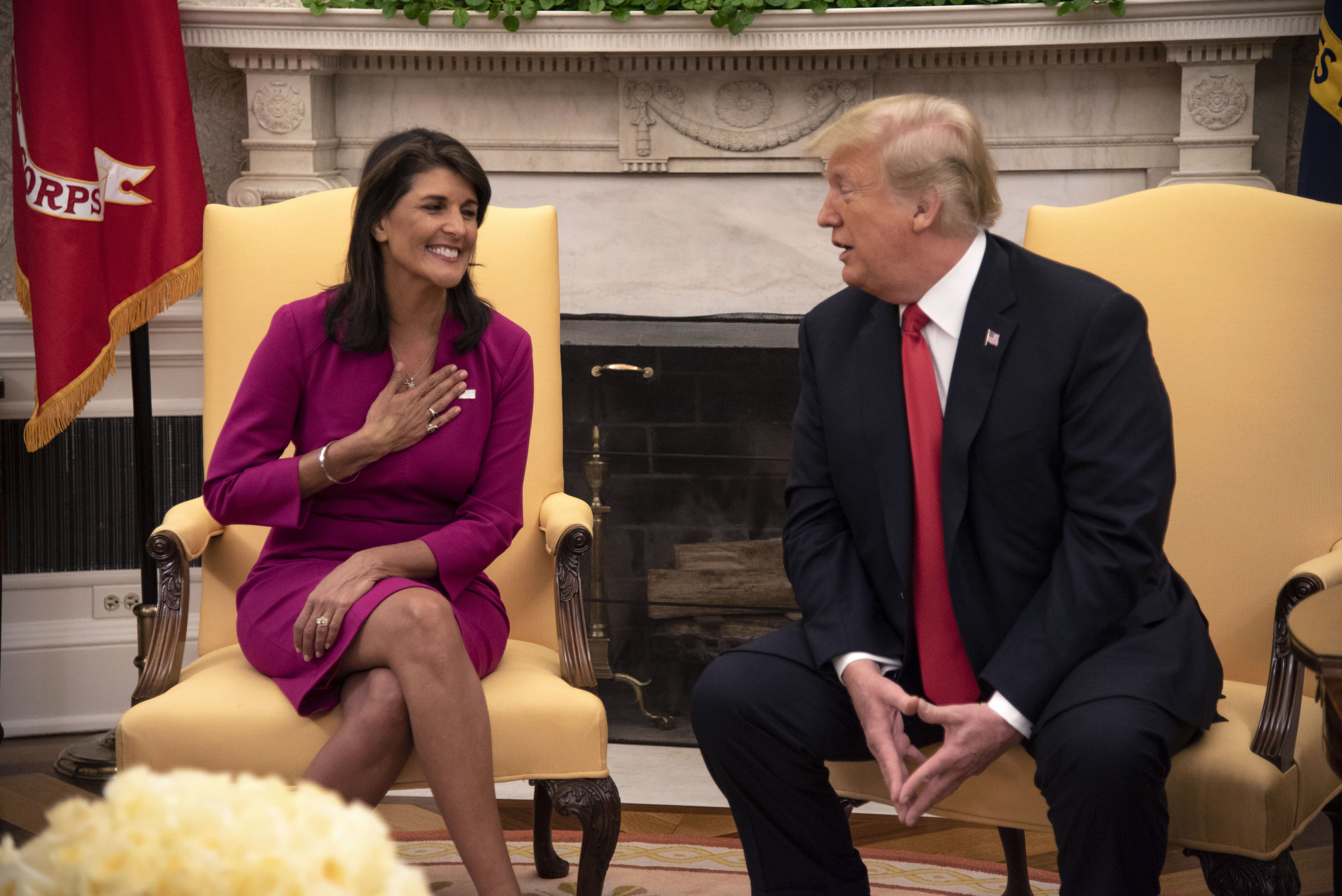 Haley, who was critical of Trump’s response to the deadly white supremacist rally in Charlottesville, Va., also defended Trump’s record on race.

“He knows that political correctness and ‘cancel culture’ are dangerous and just plain wrong,” Haley said. “In much of the Democratic Party, it’s now fashionable to say that America is racist. That is a lie. America is not a racist country.”

Haley said the issue was “personal” to her as the daughter of Indian immigrants.

“I was a brown girl in a black and white world,” she said, later adding that when it comes to fighting racial injustice, “this president, and this party, are committed to that noble task.”

When Haley left her post as U.S. ambassador to the U.N. in 2018, speculation swirled that Trump might replace Vice President Mike Pence with her on the 2020 ticket. She quickly shot down those rumors.

In her speech to the convention, she mentioned Pence just once, at the end, while lauding Trump’s vision for America.

“We must choose the only candidate who has and who will continue delivering on that vision. President Trump and Vice President Pence have my support,” Haley said.

“And America has our promise. We will build on the progress of our past and unlock the promise of our future. That future starts when the American people re-elect President Donald Trump.”