The UK officially left the European Union on January 31, 2020, and is now in the midst of a lengthy transition period. During this time Boris Johnson and his negotiators have been tasked with getting a trade deal agreed with the EU before the transition deadline of December 31, 2020. However, talks have currently reached a stalemate.

On Tuesday informal Brexit talks took place between negotiators David Frost and Michel Barnier, and next week the Government will begin its eighth round of formal negotiations with the EU.

There has been some suggestion the Government should consider an extension to the transition period in light of the coronavirus pandemic, but a spokesperson for the PM shut down the notion earlier this week.

The Prime Minister’s official spokesman said: “We will continue to work hard to reach an agreement and look forward to the next round (of talks) next week.

“We believe an agreement is still possible and it is still our goal but it is clear that will not be easy to achieve.” 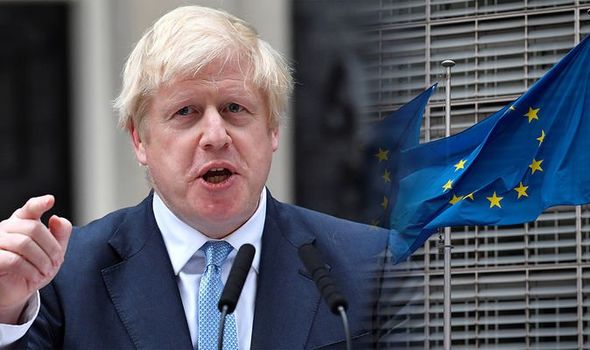 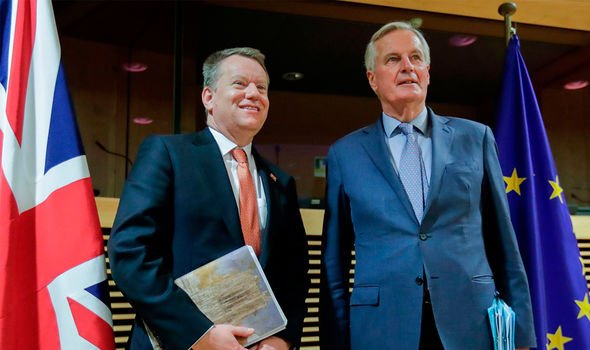 Asked if there was any possibility of an extension to the transition period, the spokesman simply replied: “No.”

They added: “I think the EU continues to insist that we must agree on difficult areas in the negotiations, such as EU state aid, before any further work can be done in any other area of the negotiation, including on legal texts … that makes it very difficult to make progress.

“We would instead like to settle the simplest issues first in order to build momentum in the talks as time is short for both sides.” 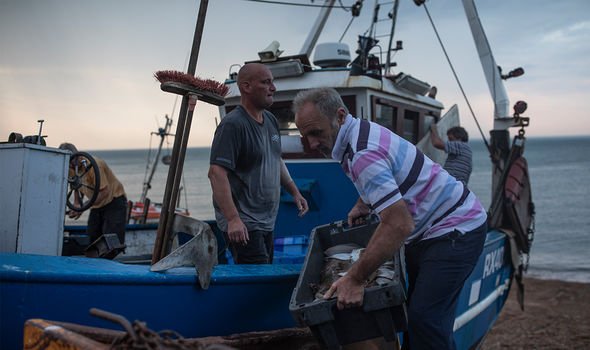 A major point of contention in the current talks is the issue of fishing access to British waters.

The Government is trying to get its Fisheries Bill approved in Parliament, which would enable the UK to become an independent coastal state after the transition period ends.

Under the legislation, all fishing boats from outside of the UK would not be able to fish in British waters unless they are licensed to do so.

Environment Secretary George Eustice has supported the Bill, telling the House of Commons during its second reading: “Overall the UK fishing industry currently has access to just around half of the fishing opportunities that are in our own waters and that cannot be right.”

The EU is currently refusing to discuss fishing access to British waters until a state aid plan has been set out, but the UK has so far refused to outline this.

The EU also wishes for the UK to agree to quota sharing, to allow EU boats to continue to fish in British waters, but the Government is not supporting this.

What will a no deal Brexit mean?

If the UK fails to agree a trade deal with the EU before December 31, 2020, it will have a number of consequences on the way the UK trades and runs its borders.

From January 1, 2021, the UK would automatically have to adhere to World Trade Organization (WTO) rules on tariffs and quotas.

Specifically, the UK would have to apply tariffs and quotas to goods making their way to the UK from the EU, and “third-country” EU tariffs would apply to the UK.

As the UK exports almost half of its goods to the EU, a trade deal is needed in order to avoid significant charges. 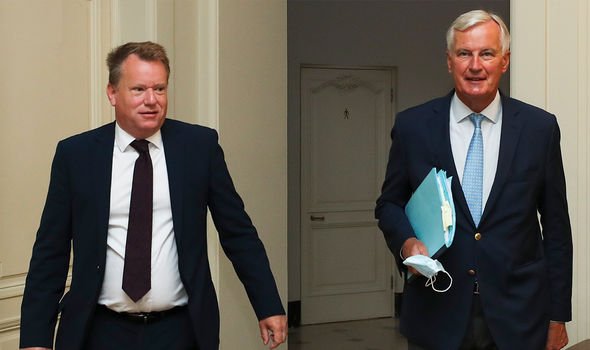 When the subject of a no-deal Brexit was discussed last year, delays at the borders was cited as a major consequence.

This is also likely to be the case if a trade deal isn’t agreed, and UK products would be subject to EU border checks whereas currently, they are not.

There is the argument that a no-deal Brexit would change aspects of UK law and rules, specifically meaning the European Court of Justice would no longer have jurisdiction over the UK.

However, the UK would remain bound by other global rules, such as those of NATO and the WTO.

A number of European laws the UK currently abides by would also be written into UK law.