WASHINGTON (Reuters) – The U.S. Congress on Thursday struggled to pass legislation to help Americans cope with the expanding coronavirus crisis, as Democrats planned to push ahead with a wide-ranging bill that Republicans branded as “unworkable.” 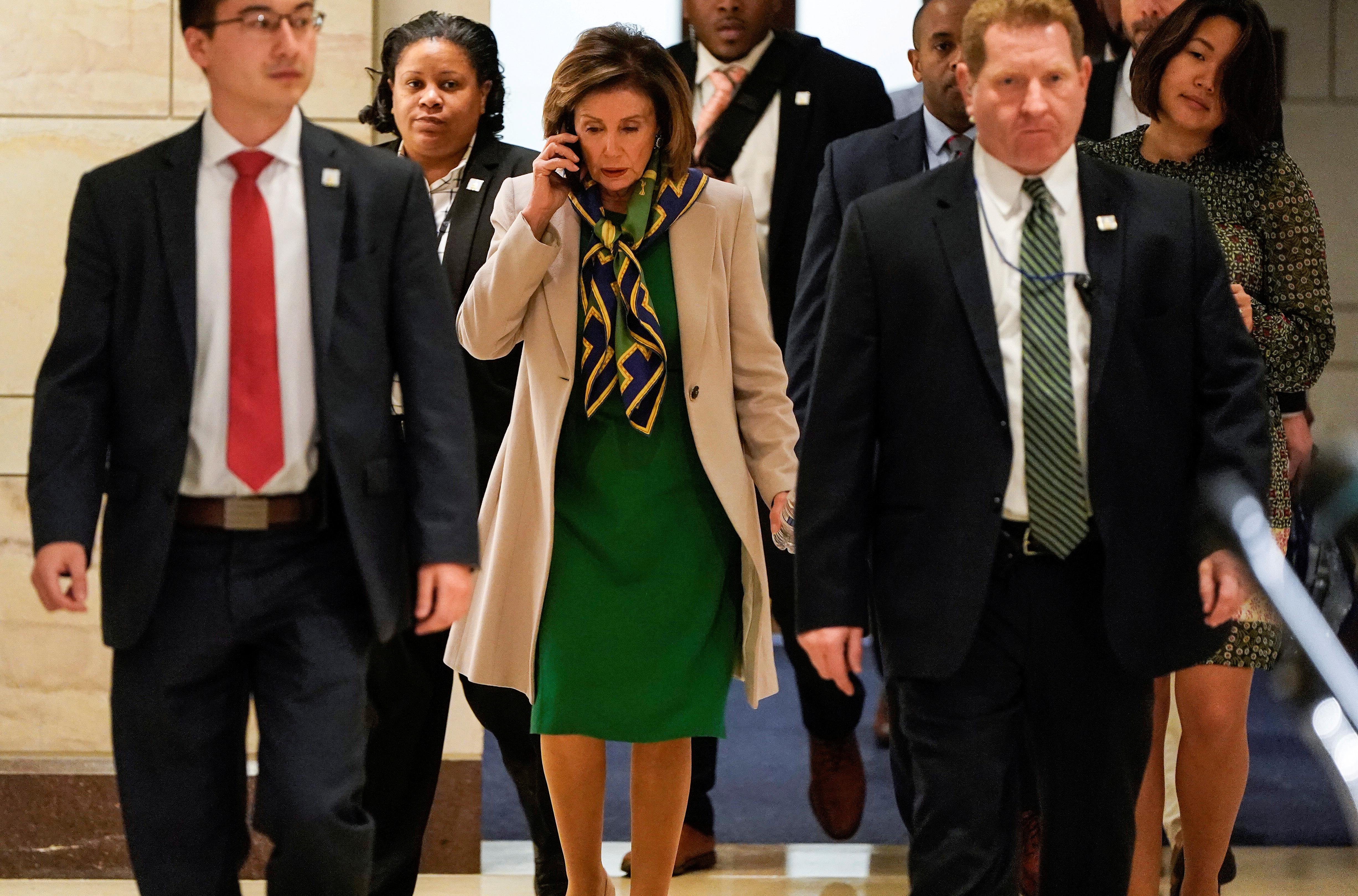 But at a press conference, Pelosi also said she was negotiating with the Trump administration over provisions such as paying for a free coronavirus testing program.

Last week, Congress displayed unusual bipartisanship when it passed an $8.3 billion coronavirus response bill that attracted only a few ‘no’ votes. But by this week, the poisonous partisan atmosphere was back, as the U.S. government wrestled with responding to the biggest health crisis it has faced in years.

Pelosi said the legislation addresses “the realities of life” for Americans, and told reporters she had consulted with Senate Majority Leader Mitch McConnell, as she negotiated this week with Treasury Secretary Steven Mnuchin.

The Democrats’ bill would expand paid sick leave, unemployment insurance, funding for child nutrition and other food programs, and other sweeping steps to address economic hardships that the outbreak could wreak on Americans.

McConnell kicked off Thursday’s Senate session, saying the House Democrats’ bill was nothing more than “an ideological wish list” that would create new, burdensome programs and regulations.

He urged bipartisan efforts at passing “smaller, non-controversial pieces of legislation today,” but it was not clear what those would be.

House Minority Leader Kevin McCarthy, a Republican, said Pelosi’s bill was “not only completely partisan. It is unworkable.” He suggested a bipartisan plan could be worked out within 48 hours.

But Pelosi, saying Congress needed to address an emergency facing the country, suggested that some Republican concerns could be addressed in subsequent legislation.

“Save it for another day,” she said of Republican objections. “Right now, we have to find our common ground, work together to get this done as soon as possible.”

Pelosi faced a couple of options: Passing her bill in the Democratic-controlled House, but sparking a fight with McConnell who could kill the measure in the Senate. That could lead to time-consuming negotiations over a bill. Or, she could make changes over the next few hours in a bid to lure Republican votes.

In past legislative battles, Republicans also have struggled over whether the White House would support a bill they negotiated with Democrats.

Democrats and some Republicans in Congress have complained that the United States was ill-prepared to conduct widespread testing for the coronavirus.

That was underscored early on Thursday when senators emerged from a closed briefing from top U.S. health officials.

Blumenthal said he thought the estimates were guesswork because of “insufficient testing” for the disease so far.

Republican Senator Mike Rounds said the health officials were having trouble giving them details on how many test kits were needed and “there was lots of frustration that we were not getting the numbers we were hoping to get.”

Several senators also said there was an issue with the supply chain for items needed to administer the tests, such as cotton swabs and protective gloves.

Meanwhile, a crisis atmosphere enveloped the Capitol, where tourist visits were suspended at least until April 1 and at least two Senate offices were shuttered over worries about possible infections.

The urgency to act was heightened by Congress’ work schedule.

The House and Senate were aiming to start a recess at the end of the week, but it was not clear if that would be delayed by the infighting over the coronavirus bill, the second in two weeks following enactment last week of an $8.3 billion bill to help develop a coronavirus vaccine and finance steps to contain and treat a potentially fatal disease that the virus can cause.

There also were behind-the-scenes talks in Congress to possibly extend the planned one-week recess if the virus outbreak gets significantly worse.

McCarthy complained it could take the Social Security Administration more than six months to get a paid sick leave program in the bill operating.