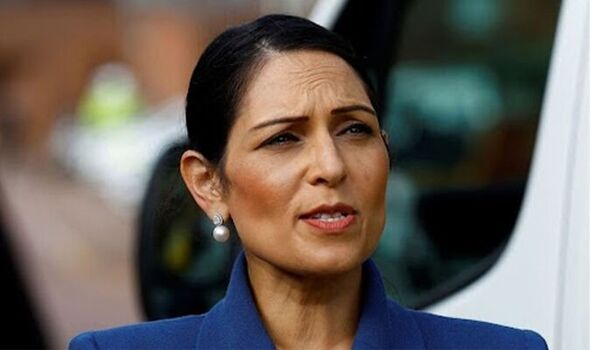 The Witham MP has tonight written to outgoing Prime Minister Boris Johnson to confirm she is stepping back from frontline politics.

She described serving in the Cabinet as “the honour of my life” but said she wanted to “continue my public service to the country and the Witham constituency from the backbenches”.

It comes as the incoming Prime Minister is expectedly to radically shake up the Cabinet to give renewed vigour to the Government.

Attorney General Suella Braverman is understood to have been lined up by Ms Truss to take over in the Home Office.

Ms Patel has served in the role since Mr Johnson first became Prime Minister in 2019.

In that time she has reformed the UK’s immigration policy outside the EU and  ought to take action to clamp down on illegal Channel crossings.

However, polling of Tory party members in recent months has indicated frustration among the grassroots at Ms Patel’s failure to get a grip on the number of people making the treacherous journey across the Dover Strait.

More than 25,000 migrants had made the journey so far this year official figures from the end of August show.

Many in Westminster had assumed the new Conservative leader would offer Ms Patel a role such as party chairman in order to keep her within her top team.