Hancock: There’s no ‘strong evidence’ teachers are more at risk

The Prime Minister said allowing teachers to award grades to pupils this summer is “as good a compromise as we can come to” after the cancellation of exams. His confidence comes in the face of complaints from parents that the plan could see some pupils graded unfairly. This year’s exams, which have been ditched due to the disruption to education caused by the pandemic, will be replaced by teacher-assessed grades.

The marks will be based on a range of evidence, including mock exams, course work, essays and in-class testing.

He said: “In an ideal world you would not have taken kids out of school because of the pandemic, we wouldn’t have been forced to do this.

“And in an ideal world we’d be continuing with exams as you normally have them, and the best place for kids is in the classroom and the best way to check on kids’ progress is with normal exams.

“But I think this is as good a compromise as we can come to. 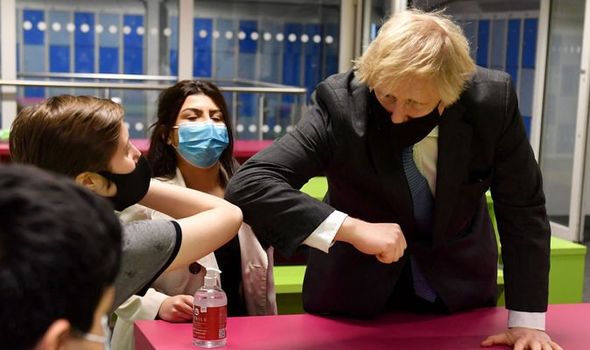 Results will be published earlier in August to allow time to appeal. A-level results day will be August 10, with GCSE results given out two days later.

The Government is aiming to avoid a repeat of last year’s grades controversy, which saw a moderating algorithm ditched after widespread complaints it unfairly downgraded pupils’ results.

But Simon Lebus, interim chief regulator of exams at watchdog Ofqual, said he did not expect “a huge amount” of grade inflation.

Education Secretary Gavin Williamson has been heavily criticised during the pandemic, including over the closure and reopening of schools during and after lockdowns, as well as last year’s exams controversy.

But Mr Johnson added that he had confidence in Mr Williamson. 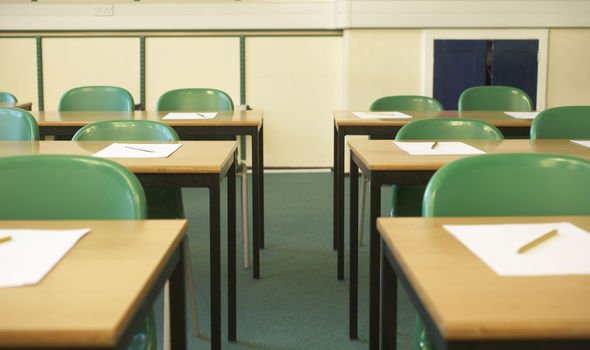 The Education Secretary yesterday set out details of the new grading system to MPs. He told the House of Commons that children and young people had “paid a considerable price for the disruption of the past year”.

This had “caused enormous damage to what should have been a carefree and exciting part of growing up”.

But he vowed that the Government’s catch-up programme – including £700million in funding – and the “fair and robust” system for allocating grades meant “young people will be able to look forward to the next stage of their lives with confidence”.

Shadow education secretary Kate Green accused Mr Williamson of being “slow to act” and of allowing weeks of uncertainty.

She said: “This year’s exams were cancelled 52 days ago. For seven weeks pupils, parents and staff have faced damaging and unnecessary uncertainty. Now, he claims to have solved the problem, but guidance from exam boards will not be available until the end of the spring term, meaning more weeks of anxiety.”

Northern Ireland, Wales and Scotland have already announced that their exams will be replaced by teacher-assessed grades.