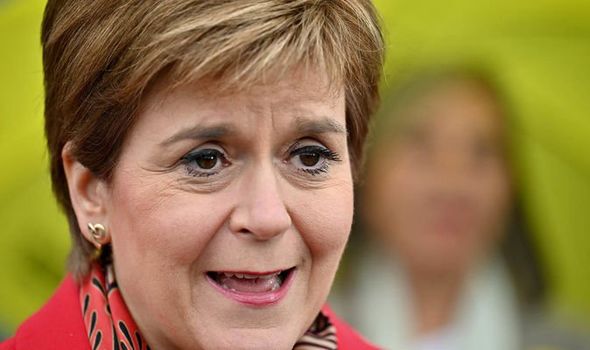 The scene is now set for a fierce confrontation with No 10. Ms Sturgeon insisted Scotland must have the right to “decide our future when the Covid crisis has passed”. A referendum was part of the manifesto of both the SNP and Greens, and although the SNP failed to win a majority outright, its 64 MSPs – up one on 2016 – will be supported by eight Greens. Overall, the SNP won 64 seats, the Conservatives 31, Labour 22, the Scottish Greens eight and Liberal Democrats four.

Ms Sturgeon said: “Given the outcome, there is simply no democratic justification for Boris Johnson or anyone else seeking to block the right of the people of Scotland to choose our future.”

But the prospect was branded “irresponsible and reckless” by Boris Johnson yesterday and a Downing Street source said: “There will be no referendum.”

Tory MSP Alexander Burnett expressed his pride at the party retaining the crucial Aberdeenshire West seat and dashing SNP hopes for a majority.

Mr Burnett said: “If a message has come out that this was a seat which stopped the SNP getting a majority, so much the better.”

Former Scottish first minister Alex Salmond’s hopes of returning to the parliament were also dashed when his Alba party failed to win a regional seat. In his latest blast at his former protege Ms Sturgeon, he said she “lost her nerve on independence back in 2017”. 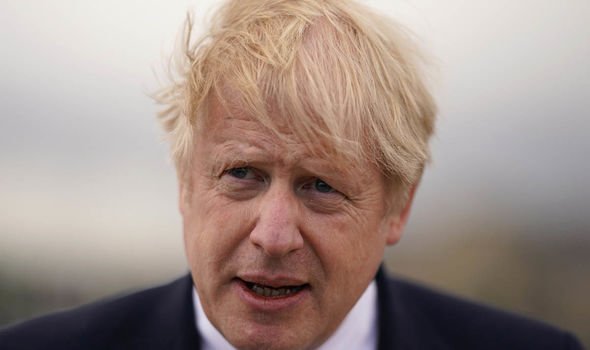 In Wales, there was little sign of a surge in support for independence, with Labour taking half the seats in the Senedd.

The Conservatives won 16, Plaid Cymru 13 and the Liberal Democrats one. The Tories failed to win a series of constituencies that turned from red to blue in 2019 but celebrated taking the Vale of Clwyd from Labour, and Brecon and Radnorshire from the Lib Dems.

In a blow for Plaid Cymru, former leader Leanne Wood was ousted from Rhondda by Labour.

Alun Davies, Labour MS for Blaenau Gwent, said: “This was a fantastic result for Labour in Wales. It was a mandate for Welsh Labour in governing but also a rejection of everybody who wants to undermine our democracy.”