Debates between the two have come increasingly tense as the UK continues to battle the COVID-19 outbreak. Last week, Sir Keir criticised the Prime Minister for the lack of cooperation between the two parties. Sir Keir also published a letter offering to help the Government formulate a plan for children to return to school. Some schools returned last week although a plan for all primary schools years to return before the end of the term has been dropped by the Government.

It was hoped primary school children would return for four weeks before the summer break.

Mr Johnson will also likely be quizzed over preparations for possible social unrest over the next few weeks and the pursuit for racial equality in the UK.

Although protests were largely peaceful over the last week, police did clash with certain demonstrators in London following the death of George Floyd last week.

Ahead of Prime Questions, Mr Johnson told Cabinet on Tuesday that more needs to be done to eradicate prejudice in the country.

In light of the possibility of reinforced lockdown measures later this year if a second wave hits, a Government adviser has warned of “serious public disorder” across the UK.

Professor Clifford Stott warned tensions could increase if localised lockdowns are brought in for poorer areas of the country. 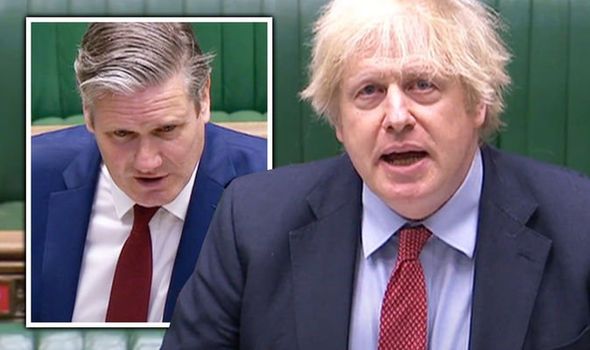