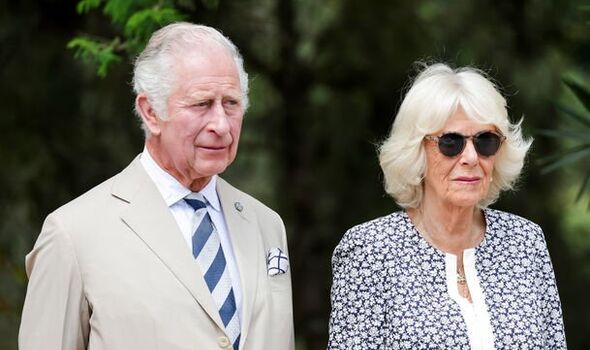 The heir to the throne and his wife, the first members of the Royal Family to visit the central African country, met survivors of the 1994 genocide in which Hutu militiamen murdered 800,000 people, including three-quarters of the country’s Tutsi minority and moderate sympathisers in 100 days of slaughter.

“This must never happen again. We shall continue to remember,” Charles said after seeing the skulls and bones of victims while visiting a church where more than 10,000 people were murdered over two days.

He also went to a village where perpetrators and victims of the violence now live together side by side after reconciling their differences.

The Prince hailed them as “a wonderful example to the rest of the world” after hearing the stories of two people.

Earlier, he and Camilla were shown harrowing testimonies of families who lost children murdered by Hutu henchmen, some just babies or toddlers hacked to death with machetes, burnt alive, or killed by having their heads smashed against a wall.

At the Kigali Genocide Memorial, where 250,000 victims are buried, the royal couple viewed pictures of the children and read intently comments about the youngsters. They included two-year-old Aurore Kirezi, who was talkative and loved hide-and-seek games with her big brother but was “burnt alive at the Gikondo Chapel”.

“What humans can do to humans,” Camilla sighed. Her husband said: “Terrible, happens all too often.”

The Duchess bonded with one survivor of the genocide during her visit. She was hugged by Uzamukunda Walida, who was gang-raped but now openly discusses her experiences.

The royal couple were also joined by Freddy Mutanguha, executive director of the Aegis Trust, a UK-based organisation working to prevent genocide worldwide, which manages the memorial.

He survived the genocide and told the couple “If I count my extended family I lost 80 members,” an incredulous Duchess repeated the number “80”.

Mr Mutanguha described how he still hears the “voices” in his nightmares of the people who attacked his mother.

The Catholic church contains the remains of more than 45,000 people killed in the church compound and the wider area between April 7 and May 14 in 1994.

On April 13 the killers came to the church, targeting Tutsi men outside who were throwing rocks to try to protect their families, before turning on the women and children sheltering inside.

“They threw hand grenades in and then shot and hacked many of them to death,” said Rachel Murekatete, the memorial manager, who showed Charles around and pointed out hundreds of holes in the church’s wooden roof caused by shrapnel from the blasts.

She showed Charles benches filled with clothes recovered from the victims, the blood-stained altar cloth from the massacre, and the coffins of victims recovered more recently after the killers confessed while in jail to where they hid the remains.

Each of the coffins was covered in a white cloth and a single rose, carnation, or other local flower.

Downstairs in a basement the Prince was shown glass cases containing the skulls and bones of victims who had been burnt after being shot or hacked to death with machetes.

Ms Murekatete said the slaughter at the church had shown how neighbours living side by side in communities could turn to inexplicable terror.

“It’s somehow beyond normal understanding,” she said. “These were people who lived together and prayed together – most were Christians – and in some cases they got married together.”

Later, Charles visited Mbyo (corr) village in Mayange, an hour’s drive from Kigali, where 384 Tutsis and Hutus live and work together.

The reconciliation village was built in 2005 and was deemed so successful that eight more were built across the country to encourage unity and help those who lived through the atrocity to move on.

He listened intently as Thacien Nkundiye, 71, who served eight years in jail for his part in the massacres, and Jeanette Mvkabyagaju, 45, who escaped after her entire family were killed, told their stories through interpreters.

Mr Nkundiye explained that the massacres began after Tutsis were blamed when the plane carrying Rwandan President Juvenal Habyarimana was shot down in 1994.

“But they were not just killed at the roadblocks, they were hunted wherever they were because they were enemies of the state.”

After listening to their stories of reconciliation,  Charles expressed his admiration for their ability to get on.

“It must have been so difficult to be able to forgive these quite awful horrors,” he said.

“It’s been enormously heartening to hear how now you view the situation entirely as Rwandans, rather than Tutsi and Hutu, and it is a wonderful example I think to the rest of the world”.