Sky News Europe Correspondent Adam Parsons as tweeted EU sources have suggested there is “progress on fishing rights”. He has said UK fishermen would receive a “notably increased quota of stocks” that are sold to the country’s customers. The deal would also see EU boats keeping quotas for fish that are popular in the EU but rarely eaten in the UK, such as herring and mackerel.

“UK fishermen get notably increased quota of stocks that are sold to UK customers.

“EU boats keep similar quotas for fish (like herring, mackerel) that are loved in the EU but rarely eaten in the UK.”

The UK has reportedly watered down its demands for control of fishing rights, and is asking EU fleets to hand over up to 60 percent of the value of stocks currently caught – down from the 80 percent previously sought. 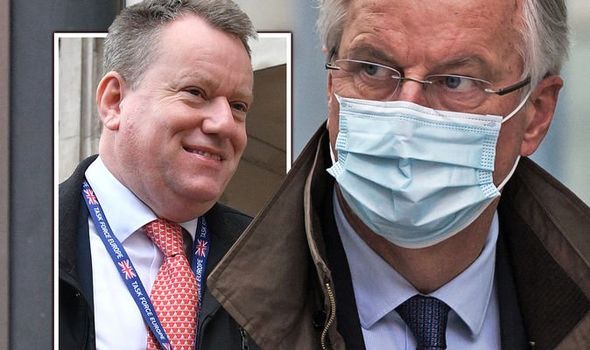 However, this still falls short of the demands made by Brussels.

On Thursday, EU officials had warned that significant gaps still remain on three issues in negotiations between London and Brussels, with the outcome of talks still uncertain.

He told a sminar in the Belgian capital: “The long and the short story is that talks are continuing in London. Significant divergences remain.

“Both sides are working hard to overcome them but the outcome is uncertain.”