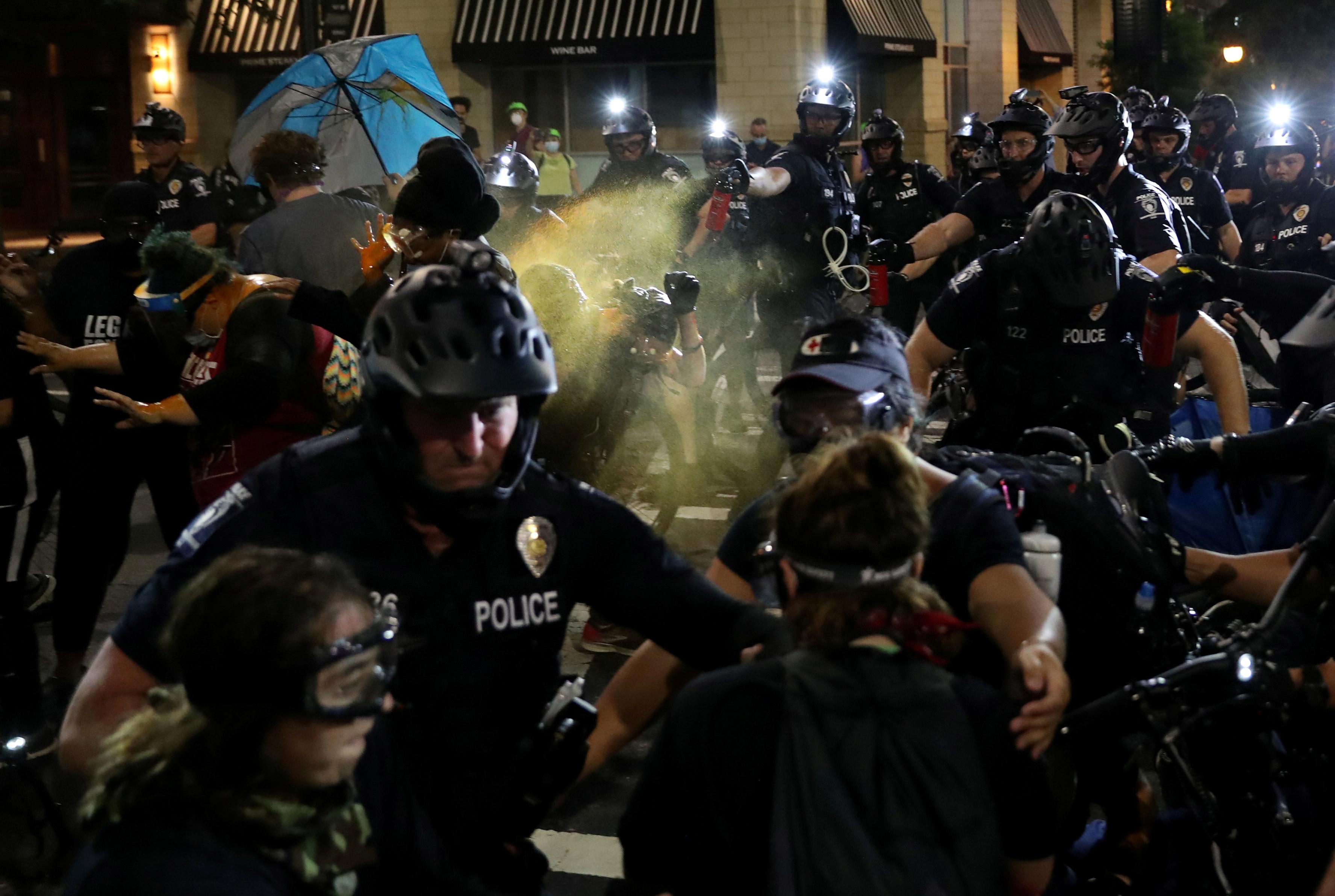 CHARLOTTE, N.C. (Reuters) – Protests opposing U.S. President Donald Trump took to the streets of Charlotte, North Carolina, for a third straight night ahead of this week’s Republican National Convention, where Trump will be nominated for a second term on Monday.

A few dozen demonstrators and law enforcement clashed on Sunday night near the site where delegates are gathering to formally select Trump as their party’s candidate for the Nov. 3 election, Reuters images showed.

Officers arrested four people and used pepper spray on the crowd, which had blocked traffic and, according to officials, also assaulted police.

“Crowds continued to block traffic and prevent buses and cars from moving,” the Charlotte-Mecklenburg Police Department said on Twitter, describing one of the incidents.

“While officers were clearing the intersection, they deployed pepper spray and made two arrests.”

In separate social media posts, the police department described demonstrators interfering with an arrest and assaulting officers who were trying to clear a path for a slow-moving vehicle. Reuters could not verify the law enforcement account.

One protester interviewed by the Charlotte Observer said he was representing a group called Unemployed Action that is trying to bring attention to what it described as Republicans’ failure to deal with the coronavirus pandemic.

Trump will travel on Monday to North Carolina, where he will be formally nominated at a convention that was scaled back due to the pandemic.

Nearly 100 protesters gathered near the Westin Charlotte, the hotel where the delegates are gathered, chanting epithets about Trump on Sunday. Demonstrators blocked traffic and moved barricades.