WASHINGTON (Reuters) – President Donald Trump’s fellow Republicans in the Senate are set to unveil a $1 trillion U.S. coronavirus relief bill on Monday that includes reduced federal unemployment benefits, with Treasury Secretary Steve Mnuchin saying he believes they can work with Democrats to move quickly on the legislation. 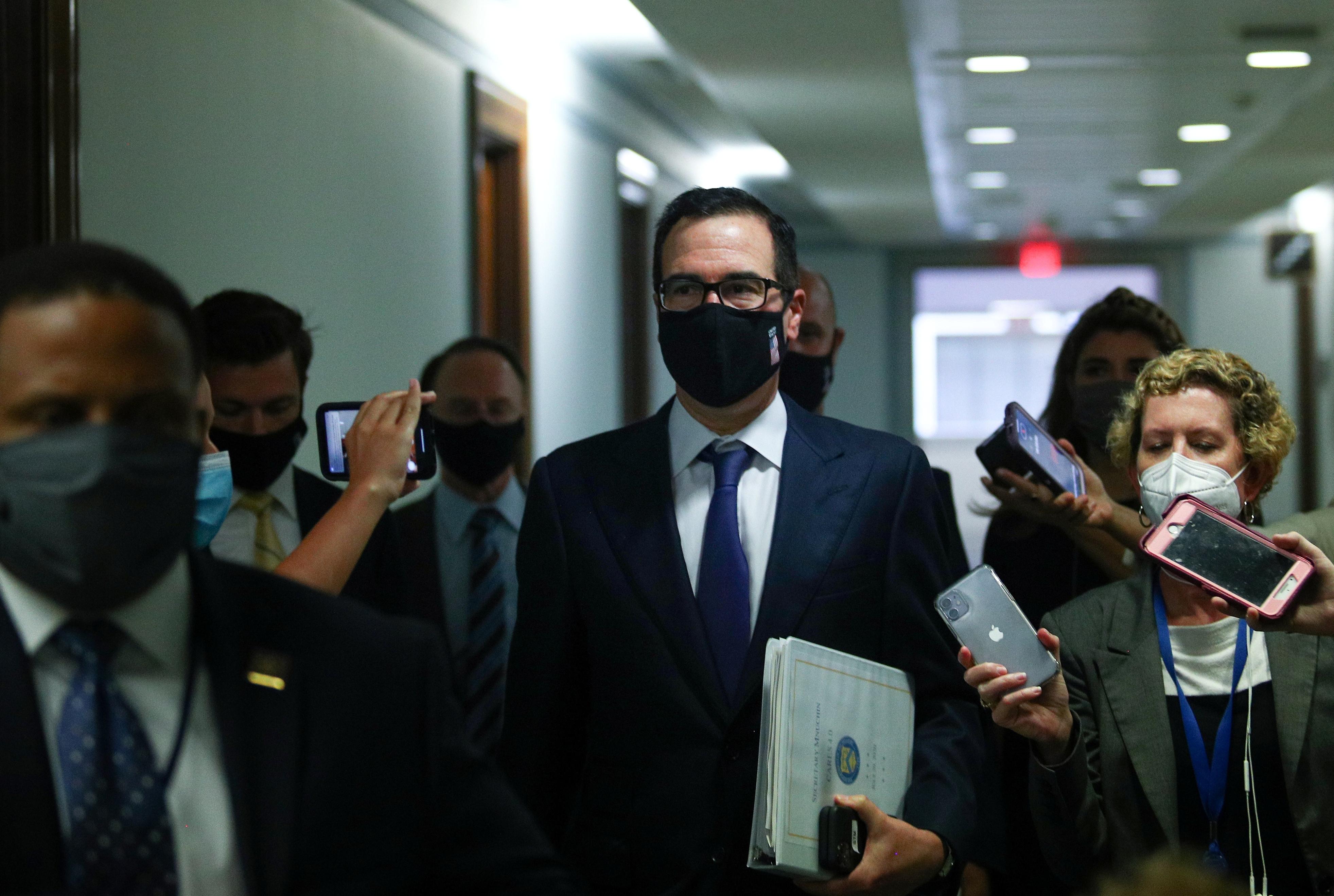 Senate Republicans and White House officials are scrambling to hammer out an agreement on the proposal, which hit snags after Senate Majority Leader Mitch McConnell had announced plans to introduce the measure last week.

With enhanced federal unemployment benefits due to expire on Friday, Mnuchin and White House Chief of Staff Mark Meadows made weekend visits to Capitol Hill to meet with Republican Senate leaders on the legislation.

“The bill will be introduced Monday and we’re prepared to act quickly. This is all about kids and jobs. This is our focus, and we want to make sure something gets passed quickly so that we deal with the unemployment and all the other issues,” Mnuchin told the “Fox News Sunday” program.

The most pressing issues are the soon-to-expire enhanced unemployment benefits – currently $600 a week – and liability protections from coronavirus-related lawsuits, Mnuchin said.

Republicans say they are looking at an extension of unemployment benefits that replace 70% of a person’s wages before they lost their job. Mnuchin said on Saturday the Trump administration supports extending enhanced unemployment benefits until the end of the year, but at a reduced level.

Meadows, a former Republican member of the House of Representatives, said he and Mnuchin would be back at the Capitol on Sunday “putting the final touches” on the bill.

“Honestly I see us being able to provide unemployment insurance, maybe a retention credit to keep people from being displaced,” Meadows told ABC’s “This Week.”

The coronavirus pandemic has hammered the U.S. economy and triggered large increases in unemployment. Congress is working toward passing the latest in a series of bills in response to the pandemic.

The House approved Democratic-backed legislation in May but the Senate has not yet acted. House Speaker Nancy Pelosi has rejected any short-term extension on the federal enhanced jobless benefits, putting pressure on Republicans to offer their proposal.

“We can move very quickly with the Democrats on these issues. We’ve moved quickly before, and I see no reason why we can’t move quickly again,” Mnuchin said. “And if there are issues that take longer, we’ll deal with those as well.”