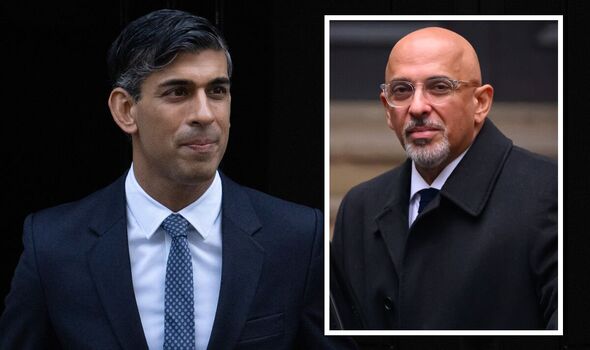 The Prime Ministers said there are still “questions that need answering” about the former chancellor’s settlement with the taxman.

Mr Zahawi is under pressure to quit after it emerged he paid a penalty to HM Revenue and Customs in a multi-million pound dispute.

Mr Sunak said he was not leader at the time of the allegations and insisted the advice he received when he gave Mr Zahawi a senior role was that there was “no reason” not to appoint him.

“That’s why the independent adviser has been asked to fully investigate this matter and provide advice to me on Nadhim Zahawi’s compliance with the ministerial code, and on the basis of that we’ll decide on the appropriate next steps.”

Mr Sunak said he has asked the independent adviser to “get to the bottom of everything” and “investigate the matter fully”.

The PM said the probe will “establish all the facts and provide advice to me on Nadhim Zahawi’s compliance with the ministerial code”.

“I’m pleased that Nadhim Zahawi has agreed with that approach and has agreed to fully co-operate with that investigation,” he added.

Independent ethics adviser Sir Laurie Magnus is expected to focus on whether Mr Zahawi made the proper ministerial declarations about his tax affairs but could delve into his financial arrangements if he wants to.

Mr Sunak’s official spokesman said: “He is focused on potential breaches of the ministerial code relating to ministerial declarations. But it will be up to him if he wishes to look into any other issues as well.”

The Prime Minister is keen for the adviser to report back as soon as possible to allow the issue to be resolved.

“I think he’s in serious trouble, you cannot be Conservative Party chairman and not go out and face the media,” he said.

“The problem for Nadhim Zahawi at the moment is it doesn’t all add up. ‘Why did you take the job as chancellor when you were clearly in dispute with the HMRC?’ And he is yet to come out with an answer that is satisfying or feels comfortable on that point.”

Mr Zahawi insists that he has “acted properly throughout” amid concerns about the estimated total settlement of £5 million for the tax owed and penalty.

It relates to shares in YouGov, the polling company he co-founded in 2000.

The party chairman is understood to have paid the penalty of around 30 per cent while he was briefly chancellor under Boris Johnson last year.

After details about the penalty emerged, Mr Zahawi released a statement insisting his “error” over shares in the YouGov polling company he co-founded was “careless and not deliberate”.

Mr Sunak’s official spokesman said the investigation was being launched because “subsequently over the weekend additional facts have been placed in the public domain by the chairman”.

In July, Mr Zahawi, who was running for the Tory leadership at the time, said he was “clearly being smeared” after claims emerged about his financial affairs.

In a statement, he said: “I welcome the Prime Minister’s referral of this matter to the independent adviser on ministerial standards. I look forward to explaining the facts of this issue to Sir Laurie Magnus and his team.

“I am confident I acted properly throughout and look forward to answering any and all specific questions in a formal setting to Sir Laurie.”

He said it would be “inappropriate to discuss this issue any further” while continuing as Conservative chairman.

Labour leader Sir Keir Starmer said Mr Zahawi’s position was “untenable” and he should be sacked.

He said: “I think it’s obvious that Zahawi can’t stay as Tory Party chair, the very idea that he can be discussing and negotiating his own tax affairs with the body that he’s supposed to be running, everybody knows it’s wrong.

“He clearly isn’t going to resign and so the Prime Minister needs to show some leadership.

“This is a test of the Prime Minister. He promised us – his first words – integrity and accountability.

“Well, if those words mean anything, the Prime Minister should sack him, and sack him today and show some leadership.

“Because if he doesn’t, it’s just going to be further evidence, I think, for the British public, as to just how weak this Prime Minister really is.”