Official figures showed that the Government borrowed £31.7billion last month as the economy kicked into life as lockdown rules eased. That was £15.6billion less than the same month a year ago, and more than £7billion less than forecast by the Office for Budget Responsibility. And it has led to growing predictions increases in income and corporation tax will not be necessary to help balance the nation’s finances.

The Chancellor said: “At the Budget, I set out the steps we are taking to keep public finances on a sustainable footing by bringing debt under control over the medium term.

“But we also need to focus on driving a strong economic recovery from the pandemic. That is why the Government is continuing a comprehensive package of support to help businesses and workers get back on their feet – and the evidence shows that our Plan for Jobs is working.”

The economy is already bouncing back this year, with GDP growth expected to hit eight percent.

Economists confirmed that falling borrowing and a strong recovery pointed towards tax increases being avoided. 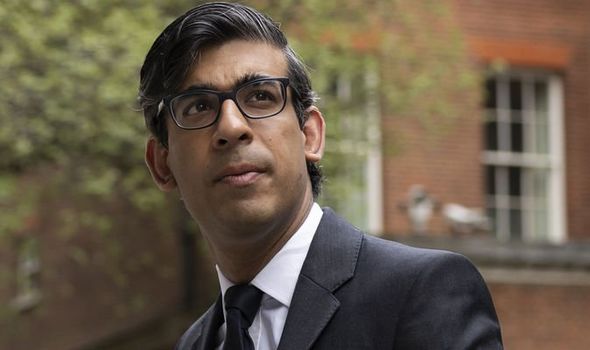 “Tax rises were never essential during the Covid-19 recovery – and this data is a further blow for those who were itching for them.

“Borrowing of £32billion in April was a third lower than a year ago. That picture will further improve as more of the UK economy reopens.

“It looks likely the OBR ­forecast for borrowing of £230billion in 2021/22 is likely to be a large ­overestimate.” Data from the Office for National Statistics also showed tax receipts to the Government grew by £3.8billion to £58billion.

Ruth Gregory of Capital Economics said: “This reinforces our view the tax increases and spending cuts that most fear may be avoided. 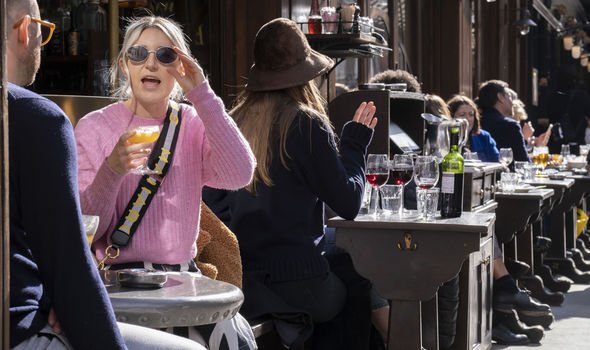 “We have been saying since the end of last year that rapid ­economic growth would quickly improve the outlook for the public finances.

“That means the Chancellor may be spared having to ­implement proposed tax hikes/spending cuts before the 2024 General Election.”

Borrowing has been hitting record levels to keep the UK on an even keel, with billions spent on support measures such as the furlough scheme. It is estimated to have cost £63billion so far and is due to end in September.

Isabel Stockton, research economist at the Institute for Fiscal Studies, pointed out borrowing over the last 12 months is now falling rather than rising.

She added: “At an ­estimated £32billion, April’s borrowing was still ­£21billion above, or almost three times bigger, than the £11billion ­borrowed in April 2019. How quickly it comes down will be mainly driven by how swiftly, and how fully, the ­economy recovers as the lockdown eases.

“Growth prospects for 2021 have increased materially in recent months which, if ­realised, should deliver greater tax ­revenues in the current financial year.”