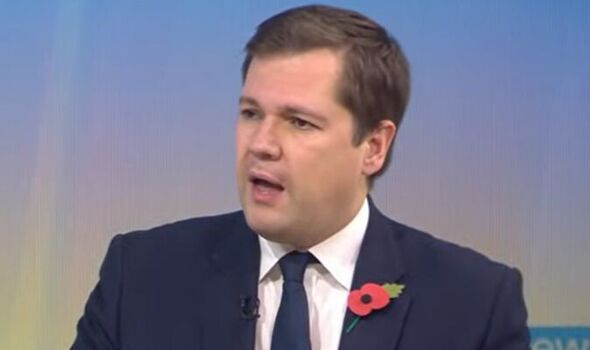 Robert Jenrick has insisted the “root cause” of the problems at the Manston migrant processing centre is not the fault of the Government.

The immigration minister said the site in Kent was not designed for the “sheer number” of people making the dangerous Channel crossing.

It comes as Home Secretary Suella Braverman has faced criticism about the overcrowded conditions at the processing facility where there are thoughts to be around 4,000 migrants despite the site being built to process 1,600.

Mr Jenrick told Sky News: “I would just say that the root cause of what we’re seeing at Manston is not the Government.

“It’s certainly not the brilliant Border Force Staff who are managing the site, the contractors, the catering staff.

“The problem is that thousands of people are crossing the Channel illegally every day.”

Mr Jenrick admitted conditions were currently “poor” but insisted the site is “fit for purpose”.

He said: “Conditions are poor. They are improving. We are trying to ensure that as many people as possible leave the site to better accommodation, mostly in hotels, as quickly as possible.

“It is not designed to be somewhere where people stay for a prolonged period of time.

“It is, by necessity, relatively austere. The task now is to ensure it gets back to its normal working pattern.”

Mr Jenrick also defended the Home Secretary for describing an “invasion on our southern coast” in the Commons yesterday.

Asked about the controversial wording, he said: “In a job like mine, you have to choose your words very carefully.

“And I would never demonise people coming to this country in pursuit of a better life. I understand and appreciate our obligation to refugees.

“The scale of the challenge we’re facing is very, very significant.

“Fifty thousand people, and the number could well be significantly higher over the course of this year, is a major challenge for this country.

“It is leading to the infrastructure that we have in terms of reception centres, like Manston, in terms of hotel accommodation, and asylum and social housing, essentially being overwhelmed.

“Invasion is a way of describing the sheer scale of the challenge.

“That’s what Suella Braverman was trying to express. She was also speaking, I think, and this is an important point, for those people who live on the south coast, who day in, day out are seeing migrant boats landing on their beaches.”

The under-pressure Home Secretary denied that she ignored legal advice and rejected calls by officials to procure more hotel accommodation for migrants amid mounting concern about the situation at Manston.