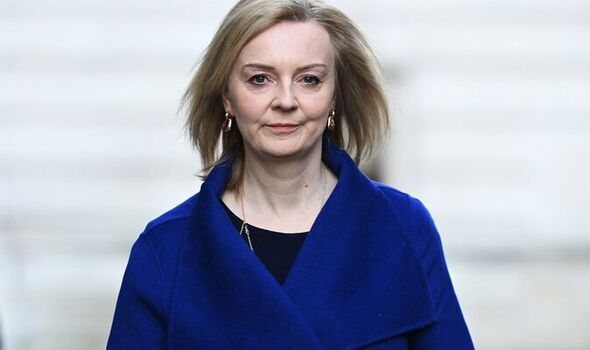 The Foreign Secretary said it was time to get “serious” about defence spending following years of cuts. And she warned that Nato must change because Vladimir Putin’s brutal actions had “shattered the security architecture of Europe”. In a stark assessment of the Ukrainian crisis, Ms Truss said the West did not do enough to deter the Kremlin from invading.

She told the Commons Foreign Affairs Committee: “I think post-Cold War the West took its eye off the ball.

“There’s no doubt that the West didn’t act early enough or decisively enough.

“The reality is President Putin did not take the threats of deterrence seriously enough.”

Ms Truss acknowledged that the West had “enabled the development of Russian hightech warfare” by providing the funding through oil and gas sales.

Her words came as the Royal Navy’s aircraft carrier HMS Prince ofWales set sail for a major exercise in the Arctic in its role as Nato’s command ship.

The 65,000-ton warship sailed from Portsmouth in the early hours of yesterday to take part in Exercise Cold Response.

The exercise off Norway will involve 35,000 troops from 28 nations operating in a scenario to defend northern Europe from a “modern adversary”.

Rear Admiral Mike Utley said: “Nato is the cornerstone of the UK defence and our commitment to the alliance is absolute.”

The Minstry of Defence’s budget has remained largely the same over the last decade, with Boris Johnson announcing increased spending last year.

Ms Truss also warned that the UK could sanction “hundreds” of the wealthiest Russians next week.

She said amendments to the Economic Crime Bill would “give us the chance to bring even more crippling sanctions against Putin and his regime”.

“If Parliament passes the legislation by Monday, March 14, we will be able to sanction the hundreds of individuals by next Tuesday, 15 March,” she said.

The legislation, which has the intention of targeting money laundering by foreign oligarchs, will mean foreign property owners will have to declare their identities rather than using companies.

The Foreign Secretary also confirmed that Britain’s ambassador to Ukraine – Melinda Simmons – has left the country because of the “serious security situation” and all UK diplomatic missions there have now closed.