Back in 2014, the question ‘Should Scotland be an independent country?’ was put to voters after months of speculation over whether it would be the end of the union. But Scots made their choice loud and clear when they voted in numbers against the prospect in a crushing defeat of the Scottish National party’s dream.

Scotland’s First Minister Nicola Sturgeon today named October 19, 2023 as the date for IndyRef2, but the move is tangled in a legal web and needs approval from the Supreme Court for anything further to happen.

Ms Sturgeon has asked Scotland’s top law officer to go to the Court and investigate whether Scottish Parliament has the power to legislate for another independence referendum.

She said: “Independence will give us the opportunity to chart our own course, to build a wealthier, greener, fairer nation, to be outward-looking and be internationalist, to lift our eyes and learn from the best.”

The First Minister added: “It is, in my view, unacceptable democratically that the route to a referendum has to be via the courts rather than by co-operation between the UK and Scottish governments.” 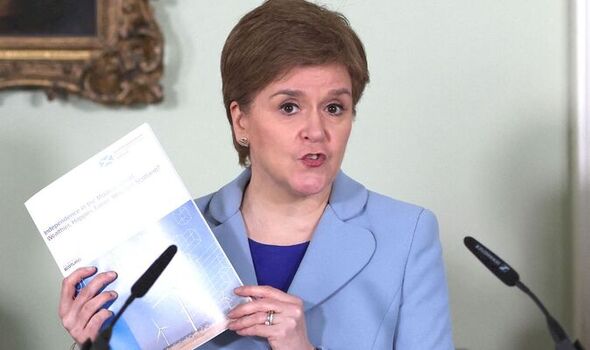 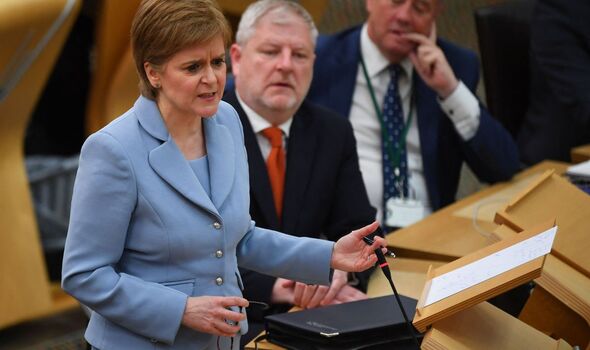 What do Scots think about independence?

Pollsters show that right now the majority of Scots are against independence, casting doubt over whether Ms Sturgeon’s plans will be successful.

Data gathered by YouGov published on June 14 revealed that Scots are still in favour of staying part of the UK by 55 percent to 45 percent – the exact same result as in 2014.

But the figures did show that younger people in Scotland lean heavily in favour of independence with 59 percent supportive of the plan. 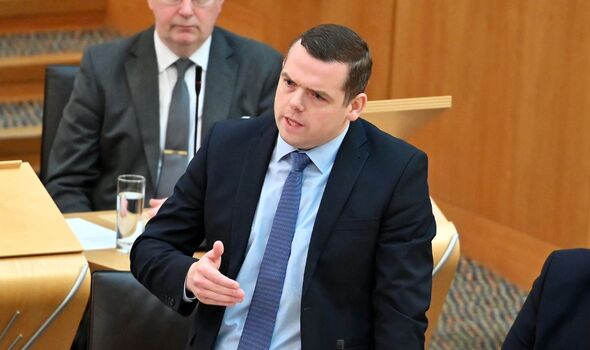 Several voters aged 16 to 24 were not old enough to vote in the first Scottish independence referendum in 2014 but they could play a decisive role in 2023.

Older Scots are much more likely to reject Ms Sturgeon’s independence dream as 70 percent of over 65s are against the idea.

And there’s more bad news for the Scottish National Party as YouGov revealed that most Scots think a second referendum on independence before 2024 is too soon.

A total of 59 percent of people polled said there should not be a second IndyRef in 2023 after the first vote was billed a ‘once in a generation’. 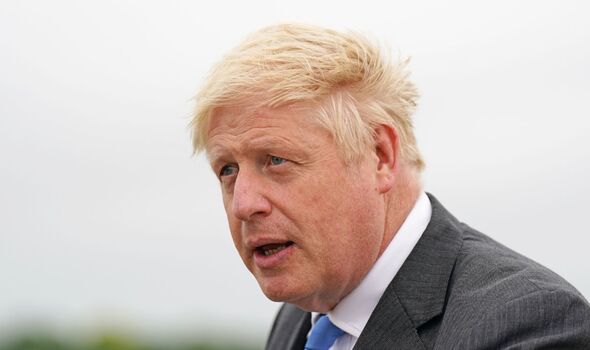 Will a second referendum go ahead?

Speaking to ITV, he said: “We think the number one priority for the country is the economic pressures, the spikes in the cost of energy.

“Our plan for a stronger economy certainly means that we think we’re stronger working together but we have good relations with the Scottish Government and we’ll see what she [Nicola Sturgeon] has to say.”

But the Prime Minister previously said a second Scottish Independence referendum was out of the question when Ms Sturgeon declared she had a mandate for one, after winning 48 of Scotland’s 59 seats in UK Parliament in the 2019 general election.

Scotland’s First Minister shared her “deep regret” of having to initiate a second referendum via the courts instead of through democratic avenues.

She wrote in a letter to the Prime Minister: “You and I will never agree on the merits of independence for Scotland.

“But I would expect any democrat to agree that it is unacceptable for the people of Scotland to be blocked from making that choice given the clear majority for a referendum in the Scottish Parliament.”

And bookies are slashing odds on IndyRef2 taking place in 2023 after the First Ministers announcement today.

Betfair spokesperson Sam Rosbottom said: “Nicola Sturgeon set the wheels in motion for a second independence referendum and punters have rushed to back a vote being held in 2023 and crashed the price from 5/1 to 3/1, however, Boris Johnson has previously stated that his government won’t accommodate it and it looks unlikely to happen in the next few years, with very short odds of 4/11 for it to not to happen before 2025.