WASHINGTON (Reuters) – All seven Democrats on the U.S. Senate Intelligence Committee on Friday wrote to the Department of Homeland Security requesting details on its agents conducting intelligence monitoring of ongoing anti-racism protests in Portland. 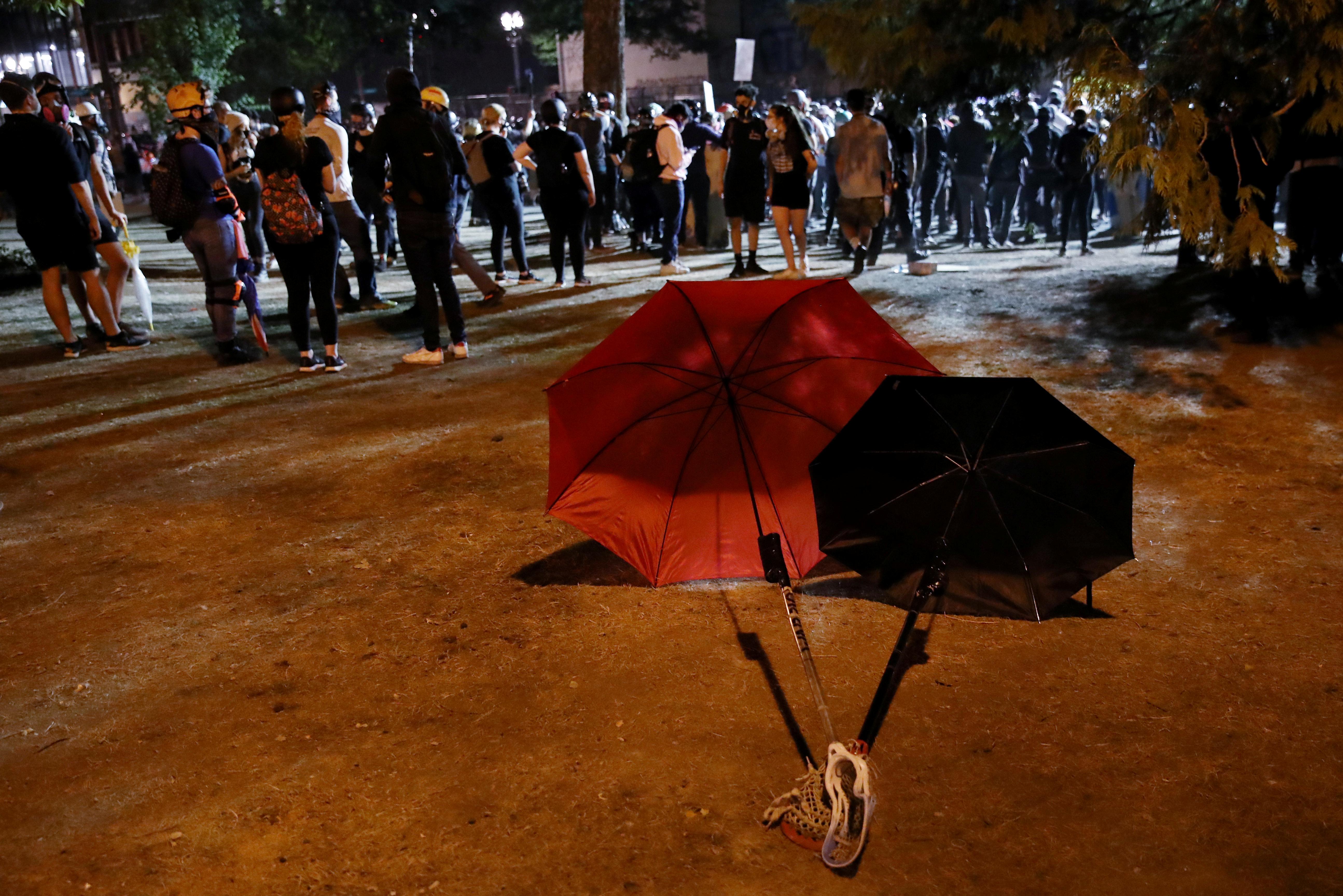 The letter came the morning after Portland’s first night in weeks without tear gas after state police took over from federal agents guarding a courthouse that has been the focal point of violence between protesters and officers.

In a related move, DHS Acting Secretary Chad Wolf ordered the agency to stop collecting information on American journalists covering the protests, after the Washington Post reported that the department’s Intelligence & Analysis unit had done so.

The Senate committee Democrats in a letter to Brian Murphy, acting DHS undersecretary for Intelligence and Analysis, said they have “grown increasingly concerned” over the department’s intelligence operations monitoring protesters.

The senators asked Murphy to confirm the accuracy of a July 9 document related to “Portland Surge Operations” that says personnel may collect intelligence from “incarcerated, detained, or arrested persons so long as the collection is conducted overtly.”

The First Amendment of the U.S. Constitution protects the right to free speech and public assembly.

The senators asked Murphy to explain how the department’s intelligence operations are “able to differentiate between peaceful protesters exercising their First Amendment rights and those individuals who have planned or conducted acts of violence.”

The Department of Homeland Security had no immediate comment.

Federal agents, who had drawn criticism for taking a militarized posture in confronting protests that had sometimes erupted in fires and violence, withdrew under a deal with Oregon’s governor to end a deployment that sparked a standoff between Republican President Donald Trump and Democratic mayors over the use of federal officers in their cities.