Over more than a decade at the House Appropriations Committee, Ms. Young gained credibility with members of both political parties. 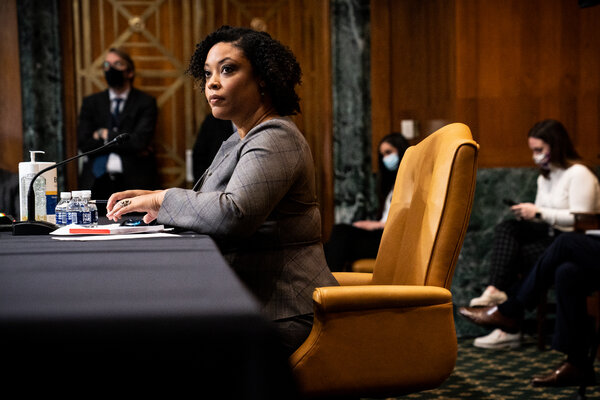 WASHINGTON — Late one night in February 2019, as lawmakers toiled to break a monthslong impasse over funding a wall at the southwestern border, Shalanda Young leaned over to quietly confer with her boss, Representative Nita M. Lowey of New York.

Now was her moment, Ms. Young told Ms. Lowey, the top Democrat on the Appropriations Committee, to issue an ultimatum on funding for Donald J. Trump’s border wall: Republicans could either accept even less than what they had suggested, or Ms. Lowey would walk away from the negotiating table and potentially allow the government to shut down again.

Republicans agreed, and the resulting deal ended a spending fight that had led to the longest government shutdown in history. It is the kind of delicate agreement that has earned Ms. Young bipartisan trust on Capitol Hill, where she was confirmed by the Senate on Tuesday, 63 to 37, to serve as President Biden’s deputy budget director.

As the first Black woman to serve as staff director for the House Appropriations Committee, Ms. Young played critical roles on Capitol Hill in negotiating not only the dozen annual spending bills, but also a series of five pandemic relief packages that together totaled $3 trillion and represented the leading edge of a sweeping federal response to the crisis.

Now she is headed to the other end of Pennsylvania Avenue to become the deputy director of the Office of Management and Budget. After Mr. Biden’s pick to lead the agency, Neera Tanden, withdrew amid bipartisan opposition, Ms. Young will have a leading role steering the office in the coming weeks as the administration begins to prepare its first budget proposal and pursue an ambitious infrastructure plan.

The administration is set to release its funding priorities next week, the agency confirmed on Tuesday and Bloomberg reported earlier.