Home » Politics » Starmer humiliated: Burham says he wouldn’t have lost as many northern seats as leader 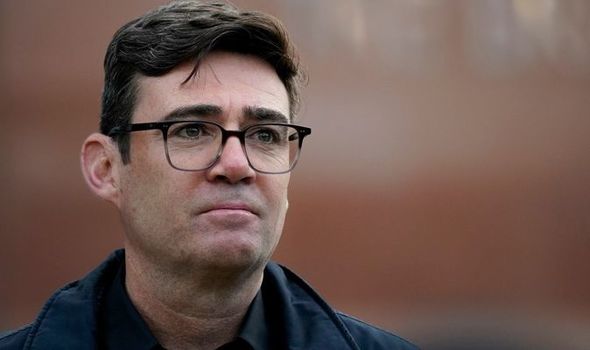 The Greater Manchester Mayor also added further woes to the embattled Labour chief after saying that he wouldn’t rule out running in future leadership contests.

His comments prompted bookies Ladbrokes to slash the odds to 5/2 on the Labour leadership changing hands this year.

Mr Burnahm was defeated by Jeremy Corbyn in the 2015 contest and later left the House of Commons to run for mayor.

He was re-elected with an increased majority at May 6’s poll.

His electoral fortunes compared starkly with much of the rest of the Labour Party – especially in England.

Under Sir Keir’s stewardship, it sensationally lost the Hartlepool by-election by nearly 7,000 votes – ushering in a Tory MP for the constituency for the first time in 62 years.

Elsewhere the party shed more than 300 councillors and control of nearly a dozen councils – including overall control of Durham County Council which it had ruled without interruption for 100 years.

Speaking to the Observer, he said: “I still think life would have been different if I had won in 2015.

“I think we would be stronger in taking on the government on levelling up.

“I don’t think we’d have lost as many northern seats had I won.”

And Mr Burnham, who also ran for the leadership in 2010, made clear he would be willing to stand again after the next general election if he had widespread support.

He said: “If there comes a point where it is clear to me that the Labour party, having not thought me right twice, suddenly thinks well actually you probably are now, because of the way the world has changed, then as I say, I will put myself forward to lead the Labour party.”