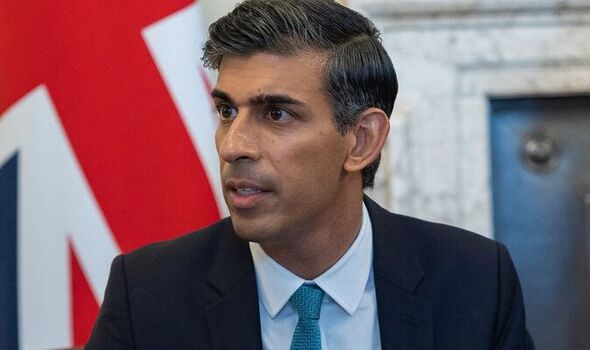 Rishi Sunak warned of a “challenging” winter ahead as he met his Cabinet in No10 this morning.

The Prime Minister’s official spokesman said the Government was doing everything possible to “mitigate” the chaos facing the country.

Giving an account of the Cabinet meeting, he said: “Looking ahead to winter, the Prime Minister said this would be a challenging period for the country caused by the aftershocks of the global pandemic and the ongoing conflict in Ukraine.”

Chancellor of the Duchy of Lancaster Oliver Dowden discussed some of the work “to mitigate some of the challenges expected this winter, including further strike action”.

Health Secretary Steve Barclay “set out some of the issues facing the health system where the pandemic had significantly exacerbated pressures”.

The RMT union’s general secretary, Mich Lynch, yesterday threatened to stage a walkout in the lead-up to Christmas, causing travel misery for millions of Britons.

At the same time Border Force staff are due to take part in industrial action from the middle of December, risking huge hold-ups at immigration checks at airports and ports.

Meanwhile, NHS officials have warned the health service is at breaking point and there are 400,000 people who have been waiting for more than 52 weeks for an operation compared to 16,000 before the pandemic.