After two mass shootings in a week, the president said his next priority would be an infrastructure bill, frustrating those who want to see him put more resources behind gun legislation. 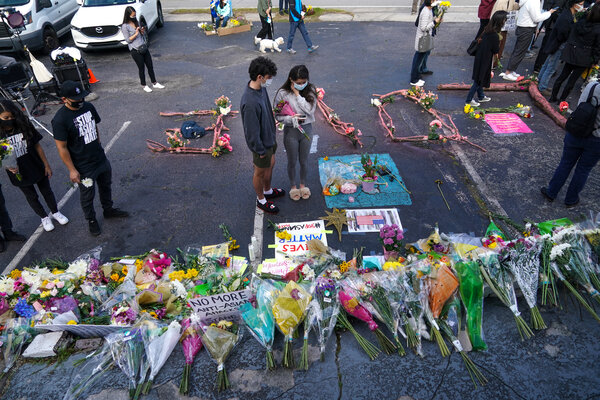 WASHINGTON — Supporters of gun control lashed out at President Biden on Friday for suggesting a day earlier that gun legislation would not be his next priority even after two mass shootings in a week.

Mr. Biden initially said on Tuesday that he did not need to “wait another minute” to address the epidemic of gun violence, calling on the Senate to pass a ban on assault weapons and to close background check loopholes.

But on Thursday, at the first formal news conference of his presidency, Mr. Biden left gun control proponents dumbstruck and disappointed when he said the key to legislative success was ordering priorities, and that infrastructure — not guns — was next on his list.

“I’m disappointed he has the nerve and audacity to say he’s going to do things in sequential order,” said Maisha Fields, the vice president of organizing for Brady: United Against Gun Violence, a nonprofit group. “It’s out of order to have to bury your child. It’s out of order to be shopping for eggs and to have your life disrupted.”

At his news conference, Mr. Biden was asked specifically about his plans for promoting gun legislation or using executive actions on the issue. In response, he pivoted to a lengthy explanation of why infrastructure was a bigger priority for him.

To some, the response was a pragmatic approach by a president dealing with crises on multiple fronts and a blockade of opposition by Republicans to any gun control measures.