The Prime Minister said workers will save up to £330 a year thanks to the historic changes which come as the cost of living crisis continues to bite. With food and petrol prices soaring, Mr Johnson said the move is “an important moment in our mission to ease the burden on households”. Raising the threshold will also help rebuild the economy, he insisted.

The changes will see the point at which people start paying National Insurance rise to £12,570.

This means seven in ten workers will pay less National Insurance, even after accounting for the Health and Social Care Levy.

Around 2.2 million ­people will be lifted out of paying any NI or income tax at all on their earnings.

Mr Johnson will gather his top team for a Cabinet meeting in No.10 on Tuesday ahead of the change.

He said: “Tomorrow is an important moment in our mission to ease the burden on households and rebuild our economy, as the single biggest tax cut in a decade comes into force.

“The list of people who will benefit is vast – from hairdressers and care workers to receptionists – around 30 million British workers will save up to £330 a year on their National Insurance contributions.

“But we’re not just providing help right now, we’re investing record sums in infrastructure, skills and technology to level up and raise productivity across the whole country.

“Because that’s the responsible, long-term way to address the cost of living, keeping our borrowing and debt under control, so we don’t saddle our children with a massive mountain of debt, and paving the way for more tax cuts in the future.

“That’s how my government will get our country through these tough times.” 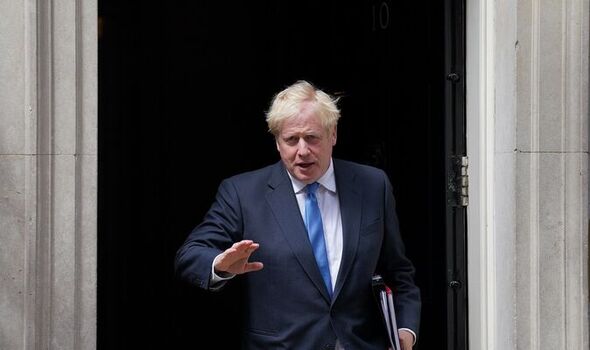 The move will allay some fears among backbenchers that the Tories under his leadership are not a tax cutting party.

But some senior MPs, including former Conservative leader Sir Iain Duncan Smith, have demanded he goes further and cut more taxes now, rather than waiting until closer to the next election.

Last week the government launched a new online tax tool last month that gives personalised estimates for how much people could be saving as a result of the tax cut.

As of Friday last week, 82 per cent of people who used the online NICs calculator found they would be saving money in the next year.

At the weekend Mr Johnson and Chancellor Rishi Sunak penned a joint article to outline tax cut in a show of unity on the cost-of-living crisis.

The pair also highlighted the billions the Government is planning to spend to cushion the blow of inflation by also providing relief for council tax bills, fuel duty and energy costs.

Fears are continuing to mount that the cost-of-living crisis could tip the UK into recession, as defined by two quarters in a row of falling output, as rocketing inflation sees households and businesses rein in spending.

Inflation has already reached a 40-year high of 9.1 per cent and is set to rise past 11 per cent in the autumn.

Bank of England Governor Andrew Bailey said last week that soaring inflation will hit Britain harder than any other major economy during the current energy crisis and that output is likely to weaken earlier and be more intense than others.

New HM Revenue and Customs figures showed that some 6.1 million taxpayers are projected to be paying income tax rates at the higher rate of 40 per cent or the additional rate of 45 per cent in 2022/23.

The average price of a litre of petrol at UK forecourts reached a new high of 191.5p on Sunday, according to data firm Experian.

The average price of diesel was 199.0p per litre.

Speaking in the Commons he told MPs on Monday: “There may be some question about how much more the Saudis could pump out at this particular moment, but there’s no doubt we’re going to need a lot more Opec Plus oil.

“The UK has strong and productive relations with Saudi Arabia, we need to make sure the whole of the West does as well, and we make that point to the Saudis. But that is the way forward, they need to produce more oil, no question.”

Rebels try to use Pincher to beat Boris

His opponents claimed the allegations against the former deputy chief whip are strengthening resolve within the party to force out the Prime Minister. But allies of Mr Johnson called the move a “despicable” attempt to use the sex scandal as a means of attack.

Culture Secretary Nadine Dorries said: “This week families will begin feeling the impact of the biggest tax cut in a decade.

“Meanwhile, we are growing the economy to address the cost of living and taking steps at home and abroad to keep our streets safe.

“In challenging times, this Government is providing the leadership that is needed, yet the Prime Minister’s eternal critics want to use every issue they can to oust the PM. The challenges we collectively face are too real and the people they affect are too important for us to allow this to sidetrack our efforts.”

Rebels claimed the row had “100 per cent” boosted their case for change at the top and said it “sharpened minds”. But Tory MP Michael Fabricant said: “Chris Pincher is being used by the same old people as an excuse to beat the PM. It is worse than despicable.”

Mr Pincher dramatically quit last week over allegations he groped two men at a Conservative private members’ club. He had previously resigned from the whips’ office in 2017 over claims he made unwanted advances to a young activist but was later reinstated after being cleared by an internal probe.

More allegations about sexual advances to men emerged over the weekend, which Mr Pincher has denied. Downing Street confirmed Mr Johnson was aware of concerns about Mr Pincher when he appointed him but said: “There was no formal complaint at that time.” 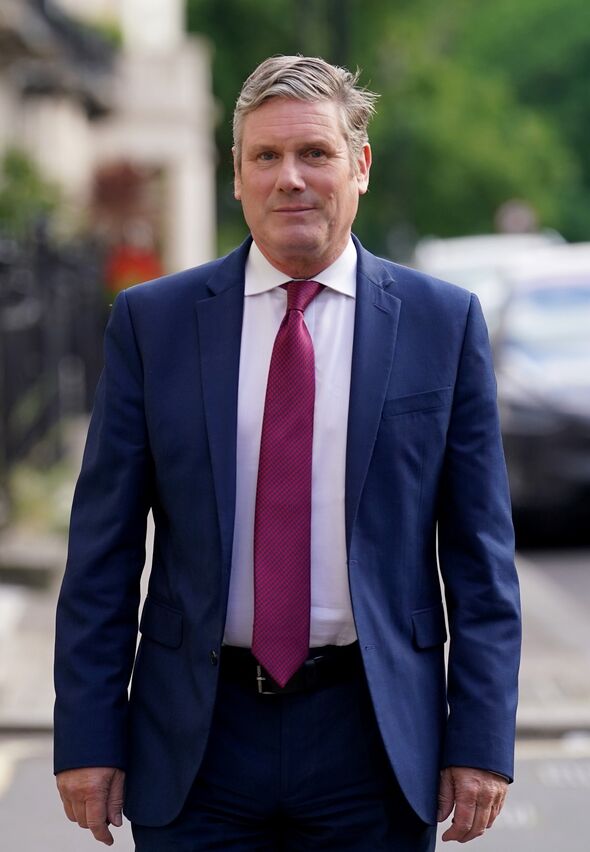 Starmer: No case for rejoining the EU

Sir Keir Starmer was accused of a “cynical” U-turn on Brexit in order to win votes after he insisted a Labour government saw “no case” for rejoining the EU.

The Labour leader, who campaigned for a second referendum, gave a major speech insisting he wants to “make Brexit work”.

But he faced an immediate backlash from his own MPs, while Brexiteers said they did not trust his “conversion”. Conservative Brexiteer Peter Bone said: “Why has he completely changed his position on Brexit? And most of his party are Remainers.

“This is a cynical attempt to win votes.”

In a speech at the Irish embassy, Sir Keir said Labour is “claiming the centre ground of British politics once again”.

He went on: “We cannot afford to look back over our shoulder, because all the time we are doing that we are missing what is ahead of us.

Labour’s Rosie Duffield said: “If an MP was elected with an anti-Brexit mandate, they should continue to speak up against it.”