Six years ago, when John Fetterman first ran for the Democratic Senate nomination in Pennsylvania, he spoke out about his support for legalizing marijuana. He was the only candidate to do so.

But in just a few short years, the picture has changed.

“The true crazy fringe perspective is ‘Reefer Madness’ now — the overwhelming majority of people want this,” Mr. Fetterman, now the state’s lieutenant governor, said in a phone interview on Tuesday. He was taking a brief pause between public events in celebration of April 20, a.k.a. 420, the unofficial national holiday for weed smokers.

“People are over it already,” he added. “They’re like, ‘Why hasn’t this happened? What are we waiting for?’ Even Republicans.”

Mr. Fetterman is campaigning for the Democratic Senate nomination again ahead of the 2022 election, and his camp has been even bolder this time about its support for legalizing pot. It’s one of the core components of his platform.

The campaign has been selling T-shirts festooned with cannabis leaves and green “420” text alongside Mr. Fetterman’s name. Outside his office in Harrisburg, he frequently flies flags in support of marijuana legalization (alongside Pride flags) — in defiance of a bill passed last year by the Republican state legislature that sought to stop him from displaying them.

Mr. Rogers said that he’d been struck by Mr. Fetterman’s decision in 2019 to tour all 67 counties in the state to discuss marijuana legalization. “He got a lot of traction in the center of the state, majority red,” Mr. Rogers said. As the campaign’s point person on pot, Mr. Rogers is “trying to build a coalition of everyone,” he said. “I need Democrats, Republicans, independents, farmers, folks incarcerated, users in general — it’s such a broad coalition.” 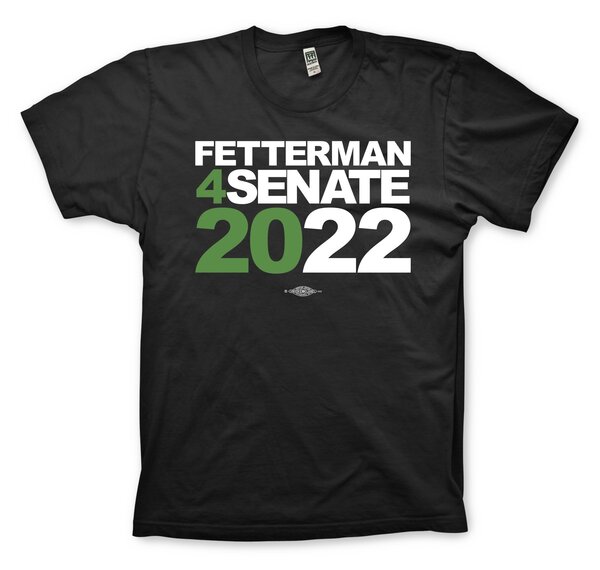 In fact, Democrats at the national level are increasingly seeing marijuana as a unity issue, as more than two-thirds of Americans now support legalizing pot, according to various polls — including at least about half of Republicans.

Senator Chuck Schumer, the majority leader, took to the Senate floor today to reaffirm his support for legalizing recreational marijuana nationwide, and talked up a bill he’s drafting with Senators Cory Booker and Ron Wyden that would do exactly that. “Today is what you might call a very unofficial American holiday: 4/20,” Mr. Schumer said with a grin.

“It’s as appropriate a time as any to take a hard look at our laws that have over-criminalized the use of marijuana and put it on par with heroin, LSD and other narcotics that bear little or no resemblance in their effects either on individuals or on society more broadly,” he added.

Last year, he encouraged Democratic candidates to run in support of legalization, seeing it as catnip for the party’s young and progressive base but also popular with moderates and independents.

It’s also a racial equity issue, as Mr. Schumer detailed in his floor speech today. “The war on drugs has too often been a war on people, particularly people of color,” he said.

In an interview with the website Marijuana Moment, he stressed the importance of equity. “We certainly think that we ought to make sure that the communities that have been most affected by these draconian laws get the benefits here,” he said, “and we want to make sure that there are reinvestment initiatives and it doesn’t all go to the big shots — that smaller businesses and minority businesses get a chance to be involved once marijuana is legalized.”

Last month New York became the 15th state (in addition to Washington, D.C.) to legalize recreational pot use. The bill that Gov. Andrew Cuomo signed includes extensive provisions to address issues of racial equity. It not only expunges past convictions for marijuana-related offenses, but it also guarantees that 40 cents of every dollar in tax revenue from pot sales will go toward the minority communities that have been hardest hit by the consequences of drug enforcement.

Congress is on the move, too. On Monday, the House easily passed a bill that would eliminate federal laws that make it a crime for banks to do business with marijuana companies in states that have legalized the weed trade; 106 Republicans joined a united Democratic conference in voting for the bill.

But Mr. Schumer has indicated that he’s loath to pass a smaller bill, when what he’s really aiming for is all-out legalization. “I’ve always been of the view that while certainly we have to deal with the banking and financial issues that we should do them together with legalization,” he told Marijuana Moment.

The one major Democratic figure who has not yet come around on legalizing weed is the most prominent of them all: President Biden. He said on the campaign trail that he would support decriminalizing it but that he felt further study was needed before he’d be comfortable legalizing it completely. Asked about legalization last month, the White House press secretary, Jen Psaki, said the president’s stance “has not changed.”

As you might remember reading in this newsletter, the Biden White House recently fired five staff members at least partly because of their past use of marijuana. Mr. Biden, who was an architect of some of the most punitive legislation passed during the war on drugs, has been slow to match the Democratic Party’s change of heart on marijuana policy.

Bonita Bo Money, the founder of the National Diversity and Inclusion Cannabis Alliance, said her group and others that had supported Biden’s presidential campaign last year were waiting on him to fully get behind legalization. “It’s not moving the way that we think that it should,” she said of the administration’s stance.

By the same token, Ms. Money said she was wary of legalization happening too quickly, emphasizing the importance of developing a robust plan to create a pipeline into the cannabis industry for people in communities of color. Before the Biden administration gets behind legalization, she said, she hoped it would create “a good social equity program.”

“We need to have ownership,” Ms. Money said, referring to racial minorities. “We don’t just need folks to work in the industry, we need to have folks running the cannabis industry.”

On Politics is also available as a newsletter. Sign up here to get it delivered to your inbox.

Is there anything you think we’re missing? Anything you want to see more of? We’d love to hear from you. Email us at [email protected].