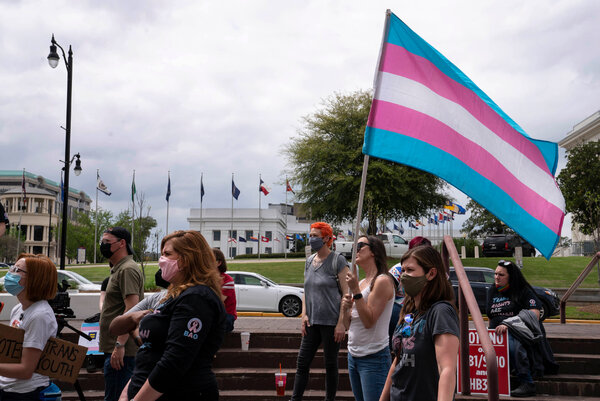 Americans will be allowed to declare their self-identified gender on their U.S. passports without providing medical documents under a new State Department rule that officials said would be announced on Wednesday, the final day of Pride Month.

The shift was the first step toward creating a gender marker on U.S. passports and citizenship certificates for people who identify as nonbinary or intersex, or otherwise do not conform to gender roles. That process is complex and will take time to complete, according to an official who spoke on condition of anonymity ahead of the announcement by Secretary of State Antony J. Blinken.

In the meantime, officials said, Americans applying for passports and proof of citizenship when born abroad will no longer need to show medical certification if their stated gender does not match their other identification documents.

The move fulfills a campaign promise by President Biden, who has raised concerns that without documented proof of their self-identified gender, transgender and nonbinary people risk being denied employment, housing and other benefits, including the right to vote.

Mr. Blinken was expected to announce that the new policy follows other countries that have taken similar steps — including Canada, Australia, Argentina, Nepal and New Zealand — to in part align with foreign allies and partners.

Currently, the State Department requires a doctor’s certificate stating that a passport applicant has either transitioned, or is in the process, to change their gender on official consular documents. It was not immediately clear on Wednesday when that requirement would no longer be in effect.

Last month, the State Department reversed another policy that had disproportionally impacted L.G.B.T.Q. families, and granted U.S. citizenship to babies born abroad to married couples with at least one American parent — no matter which parent was biologically related to the child.

That policy, a victory for same-sex couples, effectively guaranteed that American and binational couples who use assisted reproductive technology to give birth overseas — such as surrogates or sperm donations — can pass along citizenship to their children.