Home » Politics » The Truth Has Not Always Been Out There

WASHINGTON — In the summer of 1947, a top-secret U.S. military balloon developed to spy on the Soviet nuclear program crashed in the desert near Roswell, N.M. The military gave only incomplete accounts of what happened, sowing decades of conspiracy theories (and a tourism industry) that built up around Roswell as the site of an alien crash landing.

Since then, Americans’ passion for alien visitation has proved tough to shake, even when the evidence is clear that no spaceships have touched down or crash landed. After the Cold War, a pair of Air Force reports that aimed to come clean about the experiments near Roswell did little to debunk any belief in the potential for aliens.

The government’s latest report on U.F.O.s, which the Pentagon now wants to call unidentified aerial phenomena, is unlikely to settle anything. Due out on Friday, the report’s expected assertion that no classified American programs exist to explain the observations will most likely be dismissed by those primed to disbelieve government pronouncements. Its failure to find affirmative evidence of alien spaceships will largely be ignored by those most passionate about theories of extraterrestrial visitation.

It will also serve as the latest in a history of efforts by the government to confront public eagerness to know more about U.F.O.s. Officials have sometimes sought to be transparent about what they know, according to documents and interviews, but in other instances allowed confusion and conspiracy theories to take root as a useful cover-up for top-secret military programs.

During the Cold War era, the public enthusiasm was a double-edged sword. While alien visitation was a helpful theory to explain away the top-secret programs developed near Roswell and in Nevada’s Area 51, where the Air Force and the C.I.A. developed reconnaissance programs intended to look deep into the Soviet Union, early C.I.A. documents show the agency worrying that the American public’s obsession with aliens in the 1950s could make the public vulnerable to Russian disinformation efforts.

In the 1950s, the C.I.A. reviewed the test flights of the U-2 reconnaissance planes and then A-12 aircraft (the predecessor of the iconic SR-71 Blackbird) in the 1960s and found that roughly half of U.F.O. sightings were attributable to those top-secret programs, said David Robarge, the chief C.I.A. historian. Responsible for answering questions, the Air Force publicly attributed those sightings to natural phenomena. 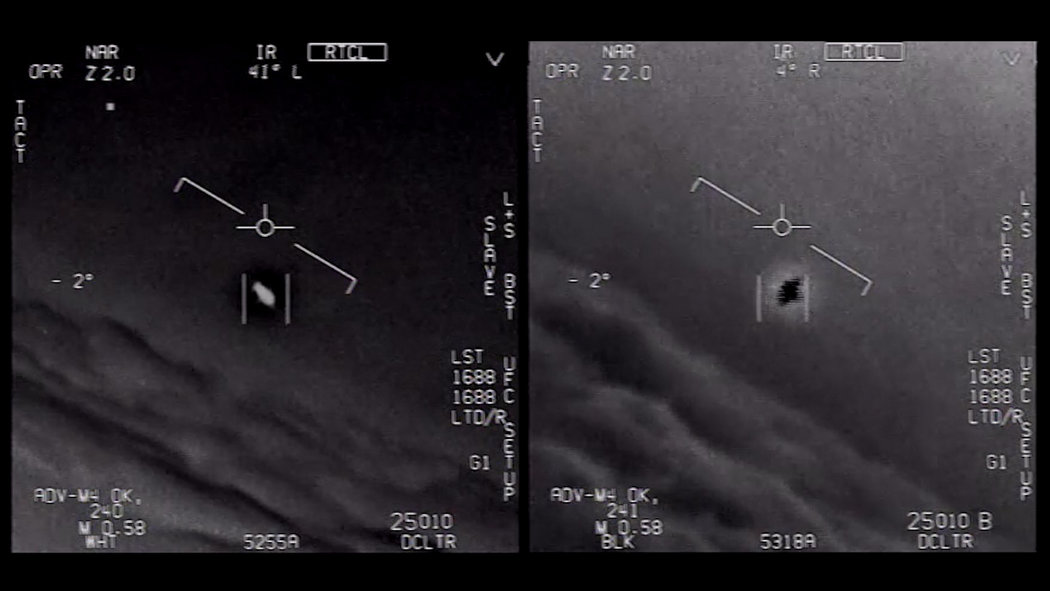 So, in a sense, the public fixation with space aliens provided a degree of cover for the C.I.A. But taking advantage of public obsession had a cost. A 1997 historical study by the C.I.A. found that while its deceptions were justified, they “added fuel to the later conspiracy theories.”

“The agency’s understandable interest in concealing its role in some of the early U.F.O. investigations ultimately proved to be counterproductive, that it just fed into later charges of conspiracy and cover up,” Dr. Robarge said.

From soon after its creation, the C.I.A. has been worried about the American public’s vulnerability to Russian disinformation. C.I.A. documents also show concern about the public’s obsession with aliens in the 1950s. If the Soviets were to attack, the agency worried, it might be mistaken for an alien visitation, causing the public not to take shelter but to flood local authorities with false reports.

The United States was also concerned that the K.G.B. would try to penetrate U.F.O. enthusiast groups that were pestering the American government for details about military capabilities and secret programs.

“None of that ever panned out; there is absolutely no evidence that any of these U.F.O. groups were stalking horses for the K.G.B.,” Dr. Robarge said.

Those Cold War anxieties, featuring both the possibility of planetary destruction and the threat of Russian disinformation, have echoes in the current day. The fuzzy Navy videos of recent years that show some unexplained phenomena resonated with the public much as reports of sightings 50 years earlier. 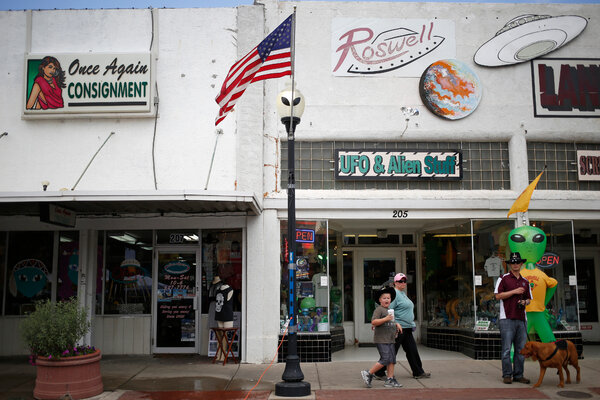 While government officials may be frustrated with the public gravitating to reports of space aliens to understand unexplained phenomena, some experts say the government’s own reflexive silence contributed.

“Government secrecy has acted as a spur toward conspiratorial thinking, and it has aggravated that tendency in some sectors of the American public,” said Steven Aftergood, an expert on government secrecy at the Federation of American Scientists. “It’s not just limited to U.F.O.s.”

When the C.I.A. first made public a batch of documents about U.F.O.s in the late 1970s, the press suggested that the government was continuing the cover-up. The government’s best counter, Dr. Robarge said, is to release information as objectively as it can, including both successes and failures.

“It’s common in our history that the attempt to conceal a C.I.A. clandestine program feeds suspicions and conspiracies,” he said.

Project Blue Book, an Air Force effort running in the 1950s and 1960s to examine U.F.O. reports, is undoubtedly the most famous, fascinating young people for generations and inspiring television programs.

The C.I.A. viewed Project Blue Book positively, believing that many of its investigators had done a good job debunking reports of U.F.O.s. But the effort was shuttered in 1969 after a 1,485-page University of Colorado report, commissioned by the Air Force, cast doubt on the scientific value of examining U.F.O. sightings.

Rumors of alien visitations and the government possession of alien bodies persisted. And in 1985, officials at Wright-Patterson Air Force Base in Ohio issued a fact sheet saying they no longer wanted to hear flying saucer reports.

For many, U.F.O. enthusiasm is merely inspiration for television shows and tongue-in-cheek tourism. But just as the C.I.A. worried that an obsession with aliens during the Cold War would make the American public more susceptible to manipulation by Soviet propaganda and misinformation, there are concerns today about the risks of indulging too deeply in unproven conspiracy theories.

“We are gradually losing a consensual view of reality,” Mr. Aftergood warned. “We cannot practice the discipline of self government when people start to adopt widely disparate views of what is real and what is true. So it’s a serious problem. It’s not just a curiosity like U.F.O. sightings have been in the past.”