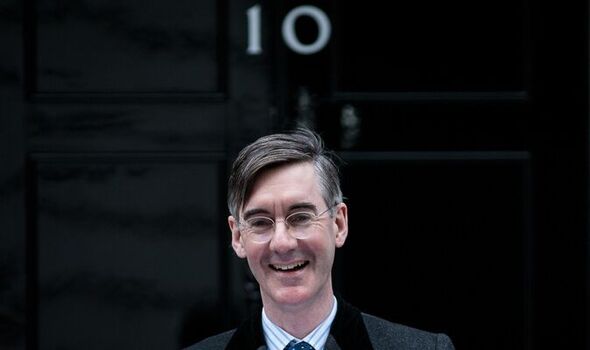 The Brexit Opportunities Minister said Margaret Thatcher was often punished in council polls but would return comfortable majorities when voters turned out at general elections. More than 5,000 seats are up for grabs at Thursday’s vote, with Conservatives and Labour playing down their fortunes.

Mr Rees-Mogg said he expected the Tories to “do better than we did” in the dismal 2019 European elections, when the party took less than 10 per cent of the vote.

Mr Rees-Mogg said: “I grew up in the 1980s and got quite used to local election results that were not exactly stellar, followed by very comfortable majorities at the following general election. So I think one always has to contextualise local elections.”

Kwasi Kwarteng insisted Boris Johnson will “absolutely” still be leader no matter how dismal the results are for the Tories.

The Business Secretary said the Prime Minister’s leadership is not “at threat at all”.

Former foreign secretary Jeremy Hunt is said to be preparing to launch a leadership bid if Mr Johnson is forced from power in the wake of Thursday’s elections.

Mr Kwarteng said: “I don’t think his leadership is at threat at all, what he’s delivered is really a remarkable series of successes.

“I think Brexit, he delivered on that, the fact he was very widely appreciated in Ukraine, he’s been widely hailed as someone who has led the overseas effort to help Ukraine and also look at the vaccine rollout, that was a great bit of success.”

Pressed whether no matter what happens in the polls Mr Johnson is safe, he replied “absolutely”.

The Mail on Sunday reported that allies of Mr Hunt, who was also a longstanding health secretary, is ready to brand himself a “safe pair of hands” if the time comes to run for the Tory leadership.

Mr Kwarteng said: “Jeremy is a very capable colleague, he’s a good friend, I don’t know what he’s up to but as far as I’m concerned Boris Johnson is the right man by far to lead us into the next election.”

Conservative MP Tom Hunt said he expected the party to do “reasonably” well in his local area of Ipswich.

He said: “I think our vote is holding up. If there is any slippage it’s minor.

“These are mid-term local elections when you are in government. You don’t expect to do that well in them but I think we can do reasonably well in them.

He said so-called partygate was not a “terminal” issue.

“I’ve knocked on enough doors. I’d know if this was a terminal issue and it’s not,” he said.

“It’s simply not dominating the minds of voters in the way some sections of the media would have you believe.”

Labour and the Lib Dems denied they had struck a secret electoral pact to stand aside for each other in certain local election contests to keep out the Conservatives.

Tory chairman Oliver Dowden has written to Sir Keir Starmer asking him to explain why Labour is standing fewer candidates in parts of southern England than it did in 2018.

But the Labour leader claimed the Conservatives were trying to distract from the cost-of-living crisis.

“The fact that he is spending his Sunday… attacking Labour… why doesn’t he say something about the cost-of-living crisis for heaven’s sake?

Lib Dem leader Sir Ed Davey said: “There isn’t a pact, there is not going to be a pact.

“In fact if you look at what we are doing in these local elections, we are fighting Labour in many areas, in Hull, in Sunderland, in Sheffield, in Haringey, in Southwark, I could go on.

“This is pretty desperate from the Conservatives. I am not surprised because lifelong Conservatives are switching away from them because they are really upset that we have a Prime Minister who is not decent to run our country.”