Ms Badenoch, who has served as Member of Parliament for Saffron Walden since 2017, is in the lead – according to the survey results.

The results, from the poll by Conservative Home, come after the five final candidates battled it out during ITV’s second televised debate on Sunday evening.

The scores showed Kemi Badenoch was top with 31 percent of the votes.

Foreign Secretary Liz Truss was in second place with 20 percent.

Penny Mordaunt, who was previously tipped as the favourite, came in at third place with 18 percent of participants. 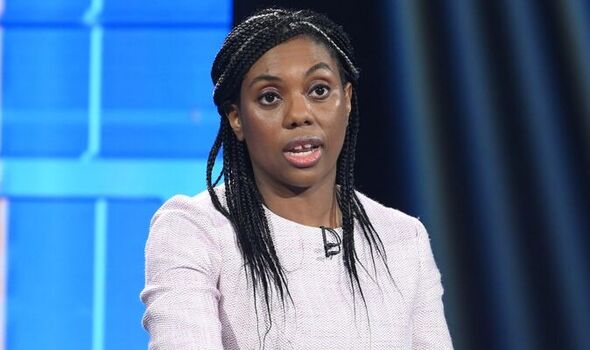 Former Chancellor Rishi Sunak – also hailed as one of the favourites – came in fourth with 17 percent of votes.

Tom Tugendhat was last, in fifth place, according to the poll results.

The survey outcome shows that Badenoch won all four head-to-heads. 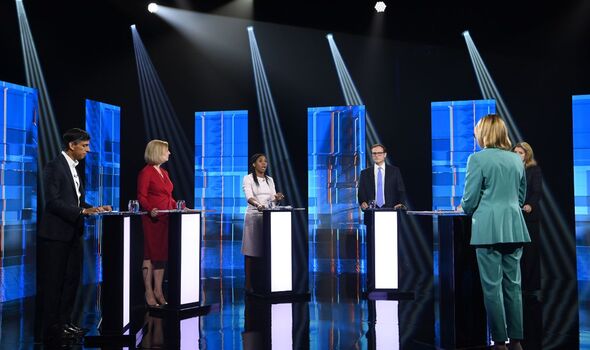 Rishi Sunak, Penny Mordaunt, Liz Truss, Tom Tugendhat and Kemi Badenoch went head-to-head to discuss their reasons for why they should be the next leader. 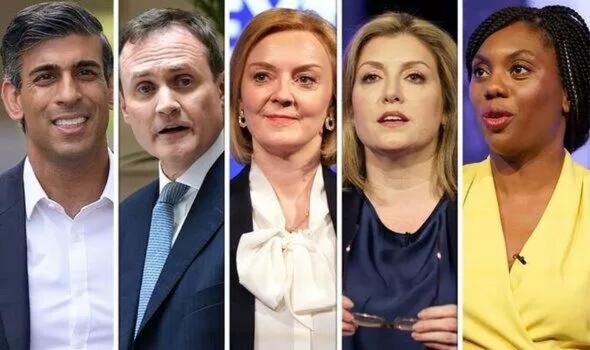 During Sunday night’s debate, all five contestants awkwardly told viewers they don’t plan to have Boris Johnson in their cabinet if they become Prime Minister.

The five remaining Tory leadership candidates were asked whether they would be open to offering the incumbent Prime Minister a spot in their Government.

Rishi Sunak, Liz Truss, Kemi Badenoch, Tom Tugendhat, and Penny Mordaunt all refused to put their hands up in a show of hands.

Host Julie Etchingham repeatedly asked the candidates if Boris Johnson would still have the opportunity to serve in Cabinet. After several seconds of silence, Ms Etchingham noted: “Not a single one.”