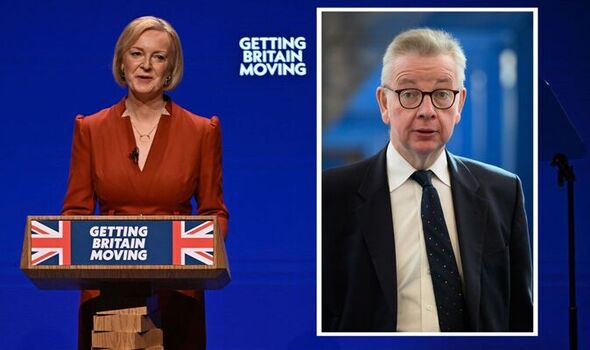 The Prime Mister is expected to offer a concession to discontented MPs and raise welfare benefits in line with inflation, even though it is against her policy to rein in public spending.

Ms Truss will also directly address Conservative MPs at a meeting of the 1922 Committee on Wednesday in place of Chancellor Kwasi Kwarteng, who was scheduled to face the group.

Yesterday, in a plea to rebels to allow Ms Truss to move forward with her plan to get Britain’s economy growing instead of trying to oust her, Business Secretary Mr Rees-Mogg urged: “Loyalty was said to be the Tory secret weapon. This needs to be restored for the good of the party but more importantly for the country.”

And his Cabinet colleague Ms Coffey, the Deputy Prime Minister and Health Secretary, added: “Our Conservative government has the right plan and now is the time to come together to deliver for the people of our country and unleash the potential of our United Kingdom.”

She said the war in Ukraine and the aftershock of the pandemic had created “stormy times” around the world, but she insisted: “Britain is tough and the Prime Minister has the right plan to get us through this.”

Tory rebels are believed to be in talks with Labour to kill off Ms Truss’s bid to curb benefit rises, increasing them by just 5.5 percent rather than matching the rate of inflation, which would be about 10 percent.

And Home Secretary Suella Braverman issued a warning over the weekend saying: “Those working with Labour to undermine our Prime Minister are putting the Conservatives’ chance of victory at the next election in real danger.

“There is only one side who gains from splits and fallout in our Conservative family – that’s the Labour Party. So the choice for my colleagues is simple – back Liz or get Keir Starmer, hand in hand with Nicola Sturgeon.”

Former Culture Secretary Nadine Dorries also claimed the Tories would face a disaster if there was a general election tomorrow. She voiced concern that the Red Wall of former Labour seats in the north and Midlands would vote to return their former MPs.

Ms Dorries said: “I’m still one of Liz’s biggest supporters but you have to put that into context – the fact is that we are 30 points behind Labour in the polls. If there was a general election tomorrow, that would probably mean a complete wipeout for the Conservative Party.

“I think now is the time – while we have a new Prime Minister and a new administration – to reflect on what has gone wrong and what we need to do to put that right and to reverse that poll deficit. That must be our absolute priority.”

MPs in the Red Wall seats won by the Tories in 2019 are reportedly discussing ripping up party rules to return Boris Johnson to No10 in the spring if the party remains more than 20 points behind Labour. 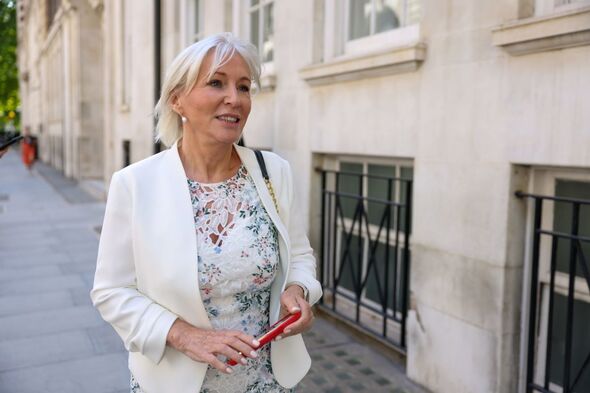 A poll showed the Conservatives were now a staggering 38 points adrift of Labour in those seats. Ms Dorries, a close ally of Mr Johnson, said that the “only message” from the former PM was to “back Liz”.

Cabinet minister Nadhim Zahawi said the Tories’ focus should be on “delivery and policy” rather than personal attacks – after Michael Gove was branded “sadistic” by one source.

Ms Truss reportedly met Mr Gove for “peace talks” before last week’s Tory Conference in Birmingham and proposed giving him a senior diplomatic job. But Mr Gove later led a revolt against the her plan to cut the 45p top tax rate, which forced her into a U-turn.

In a bid to quell dissent within the Tory ranks, Mr Zahawi warned: “Delay is our biggest enemy.”

The Chancellor of the Duchy of Lancaster, along with three other Cabinet ministers, wrote articles for Sunday newspapers calling on Conservatives to rally behind Ms Truss as the she battles to steady the ship. Yesterday he said: “We’ve got two years to demonstrate to the nation that we can deliver.

“I want my colleagues to focus because any dither or delay will end in defeat.” When asked if he could see a situation where the Conservatives oust Ms Truss, Mr Zahawi told the BBC’s Sunday With Laura Kuenssberg: “No, I think what the party will do is get behind her.” 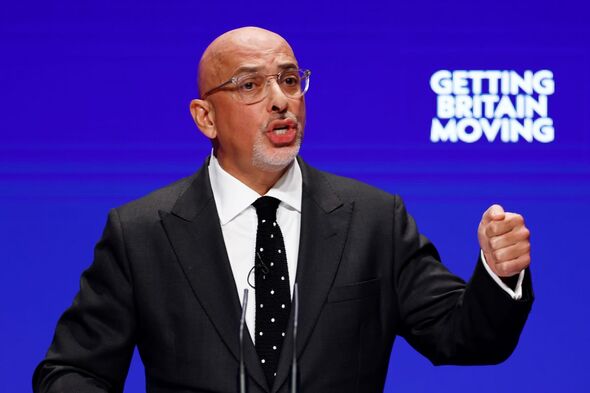 He said the Government must concentrate on delivering economic growth and lowering energy bills and insisted Tory MPs should be supporting their leader, not “working against her” as he cautioned “division will only result in drift, delay and defeat”.

Mr Zahawi also cooled the benefits row, stating Ms Truss “will always be on the side of helping the most vulnerable.”

The chaos came against the backdrop of more dire polls for the Tories. An Opinium survey found Labour leading by 21 points – the highest ever recorded by that market research firm. Ms Truss’s personal approval rating was minus 47.

Mr Kwarteng has been forced to deny claims he put the PM’s chances of survival at “only 40-60” last week following the volte-face on abolishing the top rate of tax.

He argued: “There are a lot of backbenchers and members of the Government who are very concerned at where we are in the polls.

“We’ve got two years to a general election. There’s a recognition that we’ve got to turn things around and start doing it very quickly. I think most people do, as I do, see the economy as being right at the heart of that – and that there have been too many missteps.”

Johnny Mercer said he wants the Tories to get “back on track in the centre ground” as he did not rule out standing as an independent in the next general election.

The former veterans’ affairs minister insisted that he wants the Conservatives to bring about “real change for people who need it” and solve “some of these massive global problems”.