WASHINGTON/TULSA, Okla. (Reuters) – Amid a still-strong pandemic and after weeks of protests about racial inequality, President Donald Trump will hold a rally with thousands of supporters in Oklahoma on Saturday in an effort to reinvigorate his re-election campaign. 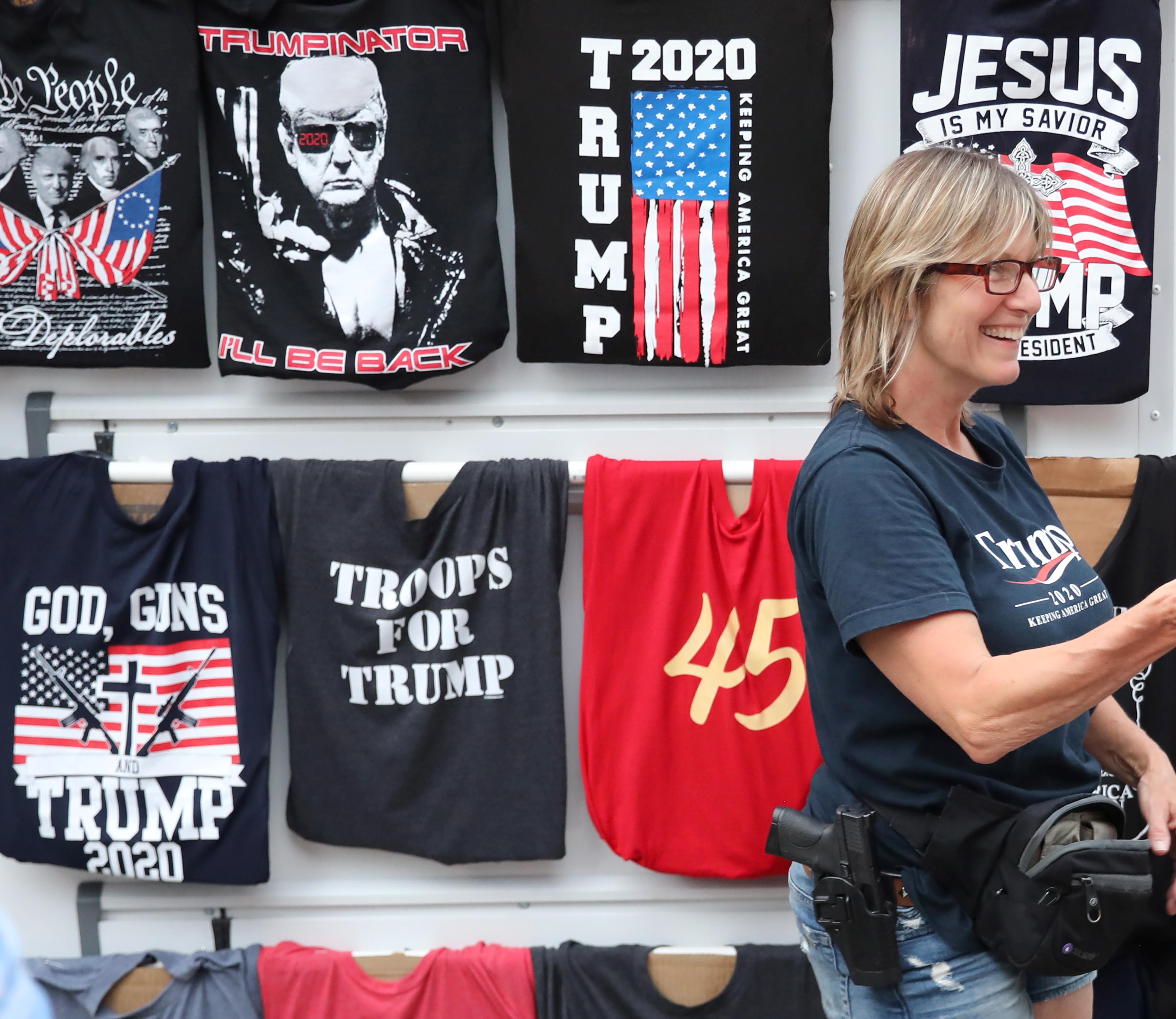 Trump has come under fire for his responses to the coronavirus and to the death of George Floyd, a Black man who died in the custody of Minneapolis police.

He drew more criticism for his decision to hold his first rally since schools and businesses were shut in March to stop the spread of coronavirus in Tulsa, the site here of the country’s bloodiest outbreaks of racist violence against black Americans some 100 years ago.

Oklahoma has reported a surge in new COVID-19 infections in recent days, and the state’s department of health has warned that attendees at the 19,000-seat BOK Center venue face an increased risk of catching the virus.

Supporters are delighted to see Trump back on the campaign trail, and those wanting to attend far outstripped the number of seats available, Trump campaign officials said.

Mike Boatman, 52, said he arrived in Tulsa from southern Indiana on Monday to ensure he secured his spot.

“Over one million tickets being requested for this, so I wanted to be here early,” Boatman said. “This ain’t nothing. I mean, what our president does for us every day, he sacrifices for us, every one of us, no matter who we are, whether we are Black, white, Asian, yellow. He don’t care.”

The country’s racial divide remains a political vulnerability. Trump’s “law and order” reaction to the protests triggered by Floyd’s death has put him at odds with the views of most Americans.

After intense criticism, Trump postponed the rally by a day so that it did not coincide with the anniversary of the June 19 commemoration of the end of Black slavery in the United States.

On Friday, he threatened unspecified action against any “protesters, anarchists, agitators, looters or lowlifes” who traveled to Oklahoma, a warning that his campaign said was not aimed at peaceful demonstrators. Critics accused Trump of trying to provoke conflict.

White House and Trump campaign officials have largely dismissed concerns about the rally’s safety, saying masks and hand sanitizer will be available. However, participants are required to waive their right sue if they contract the coronavirus at the event.

Outside the venue, Michigan resident Saundra Kiczenski, 40, said this would be her 36th Trump rally and her 19th state. She wondered how public health concerns would change things.

Trump campaign manager Brad Parscale told Fox News on Friday that he would probably wear a mask to the rally, while White House spokeswoman Kayleigh McEnany told reporters she would not. Trump has eschewed wearing a mask in public.

Strategists and former administrations officials say Trump must convince voters that his policies will pull the United States out of the recession sparked by the economic shutdown amid the outbreak.