WASHINGTON (Reuters) – Despite entreaties to stay away, President Donald Trump heads to Kenosha, Wisconsin on Tuesday to highlight his “law and order” campaign theme in a city upended by protests after the shooting of a Black man by a white police officer. 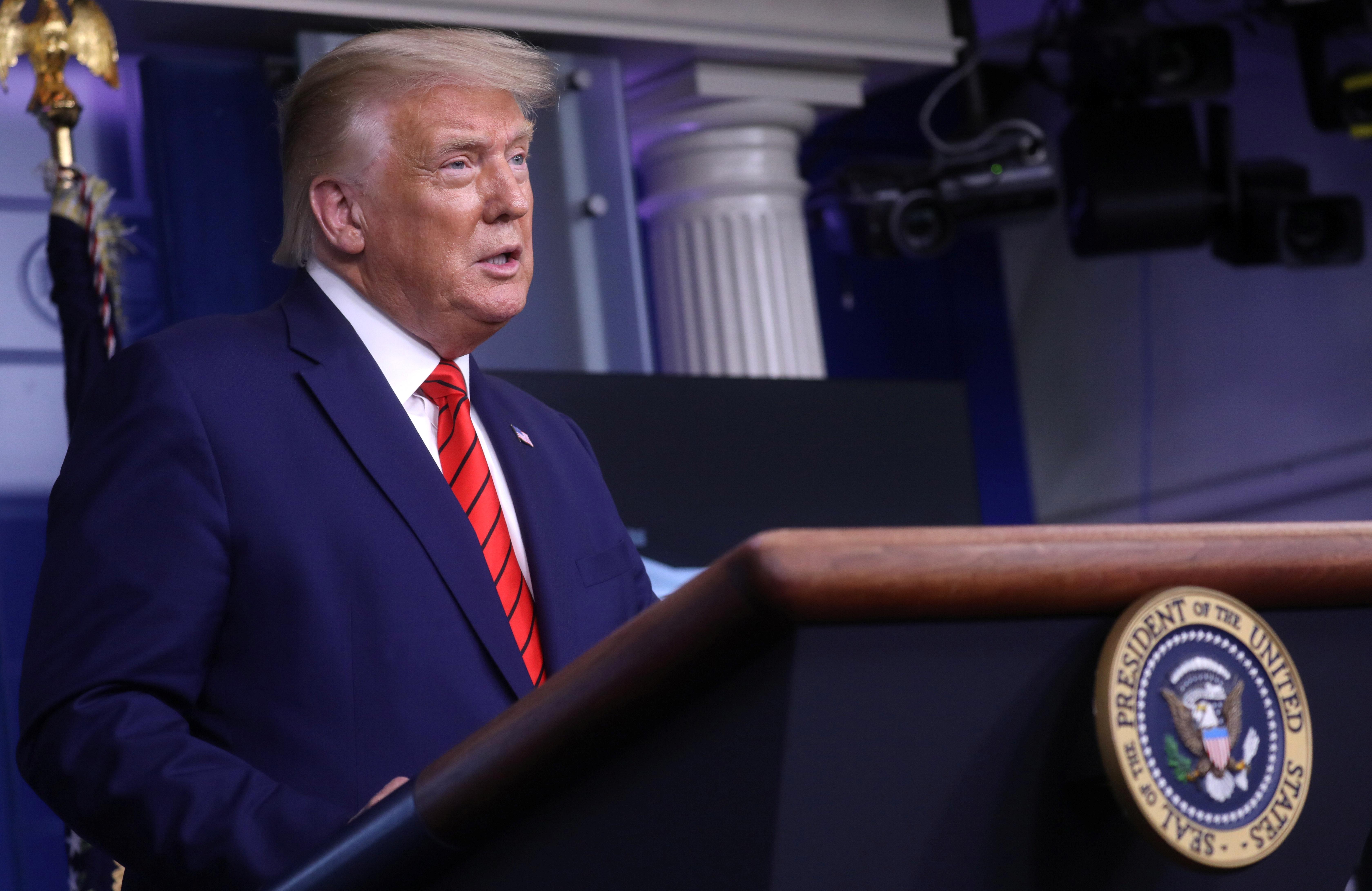 The Republican president, who is running for re-election against Democratic presidential nominee Joe Biden, has seen his polling gap with the former vice president narrow amid ongoing protests over racial injustice and resulting violence.

Last week’s Republican National Convention portrayed Biden as a leader whose policies would create further chaos in the streets. Biden and fellow Democrats have made clear that the violence is happening under Trump’s watch and accuse him of fomenting it with divisive rhetoric.

Trump’s trip to Wisconsin, a political battleground state that he won narrowly in 2016, gives him a chance to emphasize his police-friendly pitch in a state he hopes to keep in his column in the Nov. 3 election.

Trump has lauded the National Guard for helping to quell violence in Kenosha and has offered to send federal assistance to other cities such as Portland, Oregon, which has experienced three months of protests. The president has not made a recent visit to Oregon, a state that traditionally supports Democrats in presidential elections.

Biden, who is ahead in national polls but has seen that advantage slip, leads Trump in Wisconsin, according to an average of polls by RealClearPolitics.

On Monday he called for rioters and looters to be prosecuted while slamming Trump for a lack of moral leadership.

Protesters have destroyed businesses in Kenosha, the latest city where demonstrations against racism and excessive use of force by police have led to violence that both political parties have condemned but that Republicans have sought to blame on Democrats.

While in Kenosha Trump intends to survey the damage from the protests and meet with law enforcement officials and business owners, but he is not scheduled to meet with the family of Jacob Blake, who was paralyzed from the waist down after the shooting.

The state’s governor and the city’s mayor both urged Trump not to come to Kenosha to avoid inflaming tensions and allow its citizens to heal, but the president dismissed that request.

“I have to see the people that did such a good job for me,” Trump told reporters at the White House on Tuesday.

Trump said he would not meet with Blake’s relatives because of a request that lawyers be involved. He also defended a white teenager who shot three demonstrators during street skirmishes with a semi-automatic rifle, killing two of them.

“Tonight, the president declined to rebuke violence. He wouldn’t even repudiate one of his supporters who is charged with murder because of his attacks on others. He is too weak, too scared of the hatred he has stirred to put an end to it,” Biden said in a statement late on Tuesday.