WASHINGTON (Reuters) – President Donald Trump said on Thursday he planned to give his acceptance speech for the presidential nomination at this month’s Republican Party convention from the White House lawn, the New York Post reported on Thursday. 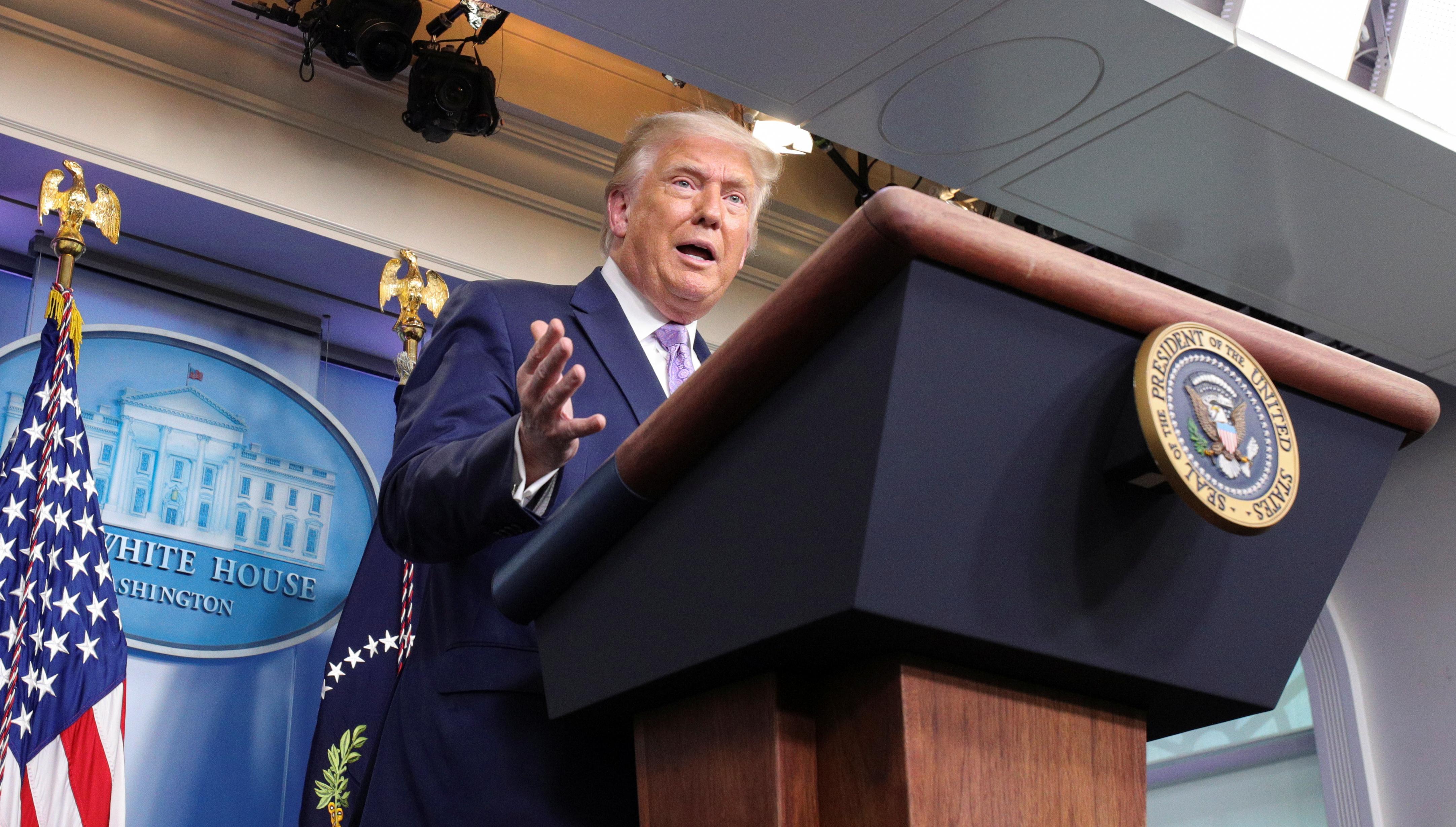 “I’ll probably be giving my speech at the White House because it is a great place. It’s a place that makes me feel good, it makes the country feel good,” the Post quoted Trump as saying in an interview.

“We’d do it possibly outside on one of the lawns, we have various lawns, so we could have it outside in terms of the China virus,” Trump said.

Both the Republican and Democratic Parties have scaled back their traditional multi-day conventions in view of social distancing guidelines in response to the coronavirus pandemic.

Trump last week proposed accepting the Republican nomination for the Nov. 3 election in a speech from the White House, prompting accusations by senior Democrats that he was politicizing the historic residence. Earlier this week he floated the idea of delivering the speech at the site of the Civil War battleground in Gettysburg, Pennsylvania.

Trump said he would visit Gettysburg later, according to the Post.

Noting that the White House lawn is big, Trump told the Post, “We could have a big group of people” for the speech.

House of Representatives Speaker Nancy Pelosi, the country’s leading elected Democrat, said last week that Trump would once again “degrade the White House” by using it for a political event.

Some Republican lawmakers also spoke out against Trump’s plan for a White House speech. Senator Ron Johnson said Trump “probably shouldn’t do it.”

Trump’s speech is scheduled for the final day of the Aug. 24-27 Republican convention. He said last week that media would be invited to a “nomination night” in Charlotte, North Carolina.

Biden will accept his nomination in an address from his home state of Delaware rather than in Milwaukee as previously planned. The Democratic convention will run, mostly virtually, from Aug. 17-20.