WASHINGTON/CHARLOTTE, N.C. (Reuters) – Republicans will make their case this week that the United States’ economic and political future depends on the re-election of Donald Trump at a party convention designed to highlight his pre-pandemic record as president and sow doubt about opponent Joe Biden. 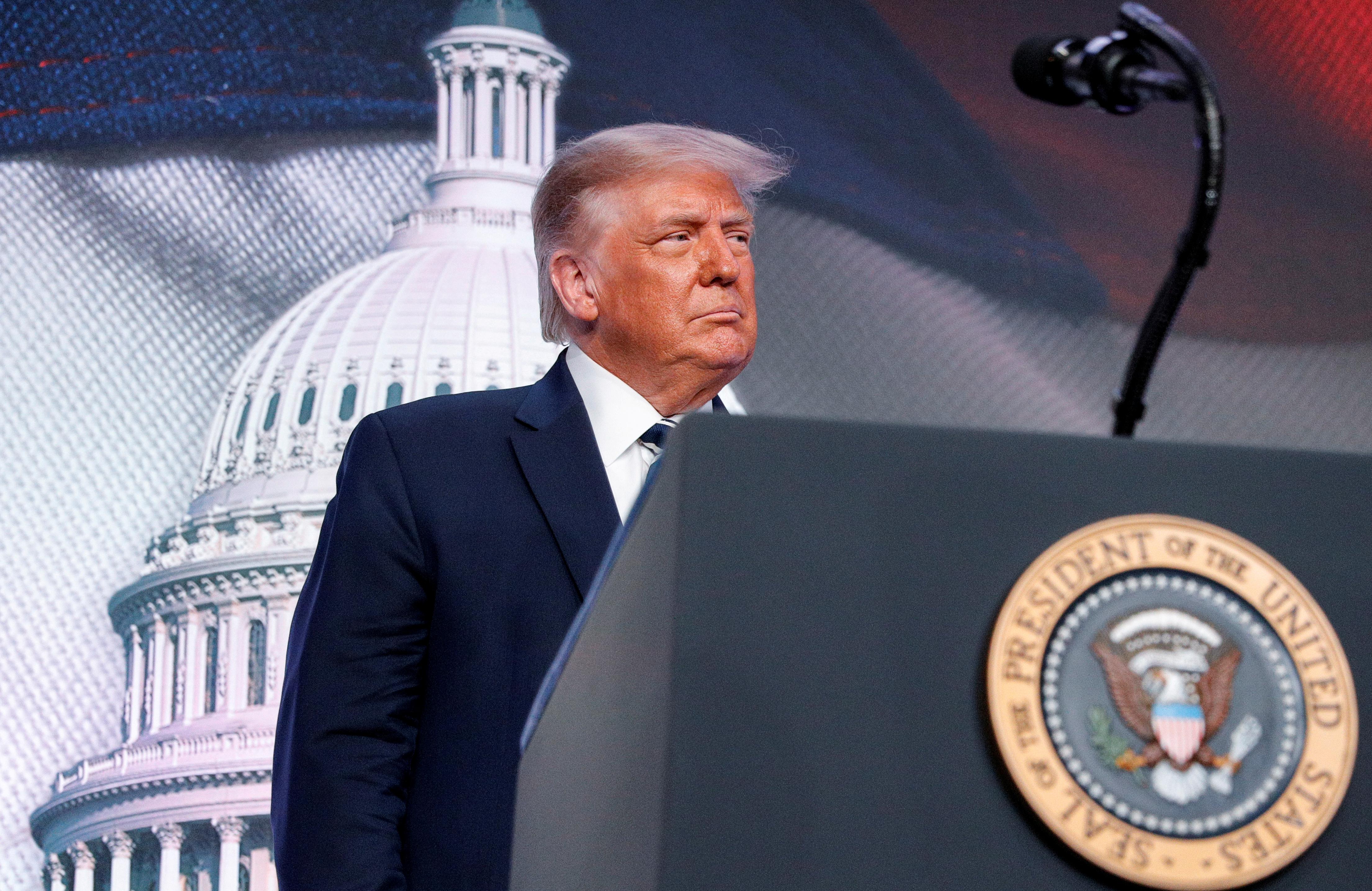 Against the backdrop of a coronavirus pandemic that has killed here over 175,000 Americans, and an ensuing recession that has seen the loss of millions of jobs and Trump’s erosion in the polls, Republicans plan a partly virtual, partly in-person extravaganza here studded with Trump family members that features the president speaking every night.

The four-day convention will focus on the highlights of Trump’s first term and a promise to do more in a second, said White House and party officials, who did not provide details about his policy plans.

Biden, 77, is leading Trump, 74, in opinion polls ahead of the Nov. 3 election. Biden and his fellow Democrats portrayed Trump as a force for darkness, chaos and incompetence, while stressing the Democrats’ diversity and values like “empathy” and “unity.”

Republicans said their convention would offer a more hopeful message, with an emphasis on “law and order,” gun rights, tax cuts and the “forgotten” men and women of America.

“We definitely want to improve the mood, the dour, sour mood from this week at the DNC,” White House counselor and former Trump campaign manager Kellyanne Conway told reporters on Friday. “We need to be lifted up. We need to hear more optimism and hopefulness.”

But with the pandemic not yet under control, good news has been in short supply for Trump and his party. His performance as president was sharply criticized by Biden and former President Barack Obama at the Democratic convention, which the party considered a huge success.

Trump continues to receive low marks from the public on his handling of the virus. Biden’s campaign said Trump and his allies would attempt to change the subject.

“What (voters) will hear from Donald Trump this week are the last things our country needs: more desperate, wild-eyed lies and toxic division in vain attempts to distract from his mismanagement,” said Biden spokesman Andrew Bates.

“What they won’t hear is what American families have urgently needed and been forced to go without for over seven consecutive months: any coherent strategy for defeating the pandemic,” Bates said.

The president, a former reality television star, plans to hold several live events here with in-person audiences during the Republican convention, in contrast to Democrats, who showed pre-taped segments or delivered speeches in mostly empty venues to avoid the spread of the coronavirus.

Trump will travel on Monday to North Carolina, the originally scheduled convention venue, where some activities are still slated to take place. His nightly speeches are a break from both parties’ tradition, in which the nominee takes a low profile ahead of the acceptance speech on the last night of the convention.

The contrast between Trump and Biden is “overwhelming,” Pennsylvania Republican Chairman Lawrence Tabas said on Sunday while attending the party’s summer conference in Charlotte. Trump “is vigorous, optimistic and dynamic. In Biden’s speech, he was dull and did not seem to have the energy, the spirit or the optimism.”

On Tuesday, Trump’s wife, Melania, will give a speech from the White House, while Vice President Mike Pence follows on Wednesday from Baltimore’s Fort McHenry historic site.

Trump will accept his party’s nomination on Thursday night from the White House South Lawn with a large crowd in attendance, a location that has been criticized by Democrats as a partisan use of public property.

“Trump has four days to make two cases: One is ‘we know what we are doing and have done a great job, obviously interrupted by the virus,’” said Constantin Querard, president of Grassroots Partners, an Arizona-based conservative political consultancy.

“And then you have to knock the Democratic ticket for being as far-left as they are,” he said.

Trump, who uses nicknames and pejorative descriptions to demean his opponents, previewed his attacks on Biden, whom he frequently derides as “Sleepy Joe,” in a rebuttal address after the Democratic convention finished last week.

Peter Trubowitz, a professor at the U.S. center of the London School of Economics, said he expected Republicans to launch “a full-throated attack on Biden’s fitness to be president” throughout the convention.

“It will be less about his age … and more about questioning his ‘independence’ from Democratic constituencies that the Trump campaign is defining as ‘radical,’ ‘socialist,’ and a threat to law and order,’ he wrote.