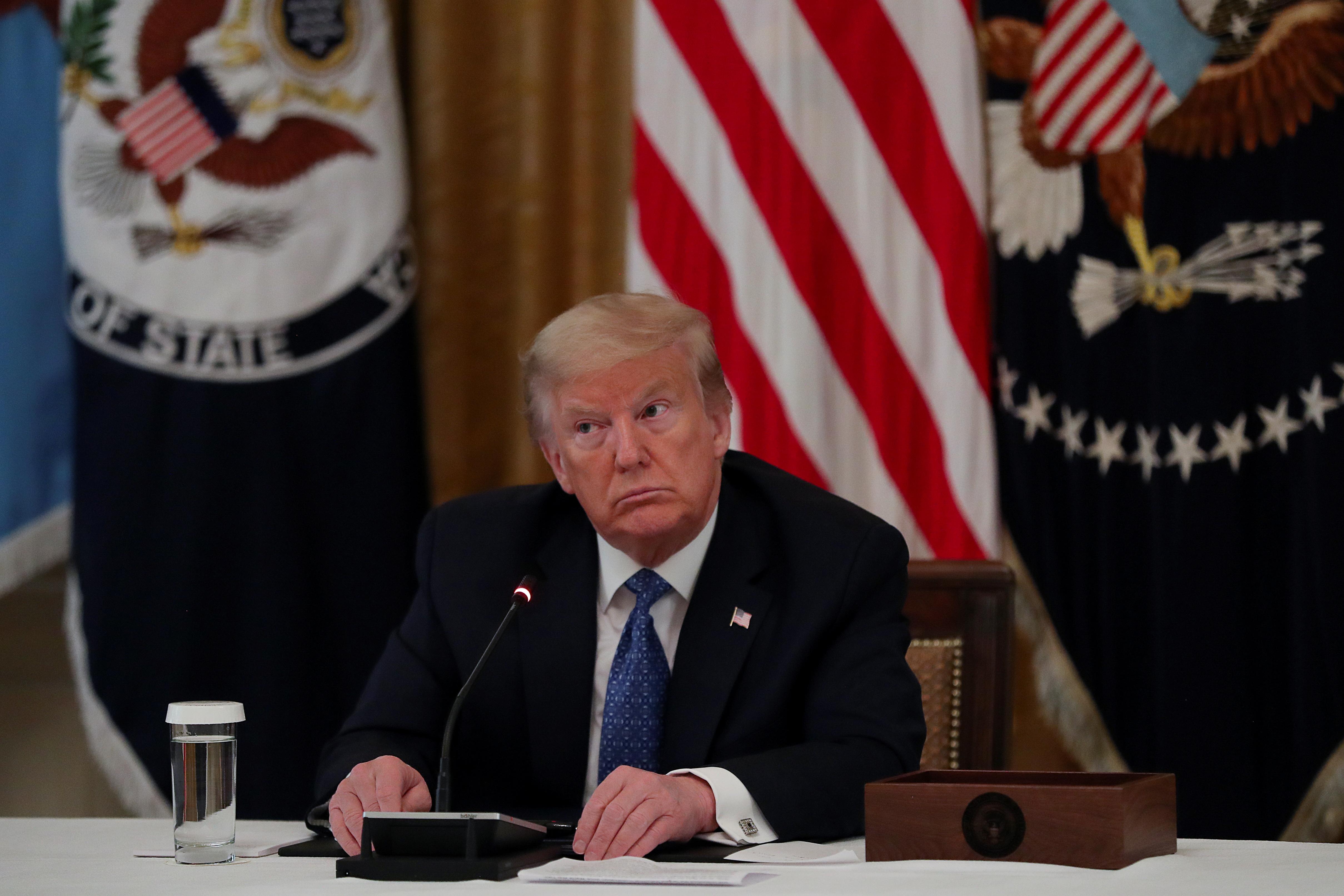 WASHINGTON (Reuters) – President Donald Trump on Wednesday called plans for expanded mail-in voting in Michigan and Nevada illegal, without citing a specific law, and threatened to withhold funding to the states – the latest Republican move to try to undo steps aimed at making it easier and safer to vote during the coronavirus pandemic.

States have broad powers on setting rules for voting. Trump, who has expressed his opposition to mail-in voting, said without evidence that the efforts in Michigan and Nevada – states that could be pivotal in his Nov. 3 re-election bid – could lead to voter fraud.

“This was done illegally and without authorization by a rogue Secretary of State. I will ask to hold up funding to Michigan if they want to go down this Voter Fraud path!” Trump wrote on Twitter.

Michigan Secretary of State Jocelyn Benson on Tuesday said all 7.7 million Michigan voters would receive absentee ballot applications before the Aug. 4 state primaries and the November general election so no one “has to choose between their health and their right to vote.”

Nevada has made its June 9 state primaries an all-mail election, sending absentee ballots to registered voters. The state official responsible for elections is a Republican.

“State of Nevada ‘thinks’ that they can send out illegal vote by mail ballots, creating a great Voter Fraud scenario for the State and the U.S. They can’t! If they do, ‘I think’ I can hold up funds to the State,” Trump tweeted.

Democrats have accused Republicans of voter suppression efforts intended to reduce participation by voters who tend to back Democrats. Republicans blocked a move by Wisconsin’s Democratic governor to make last month’s primary an all-mail election amid the pandemic.