(Reuters) – U.S. President Donald Trump’s planned executive order on immigration will not include amnesty for migrants who are in the United States illegally but arrived in the country as children, a White House spokesman said on Friday. 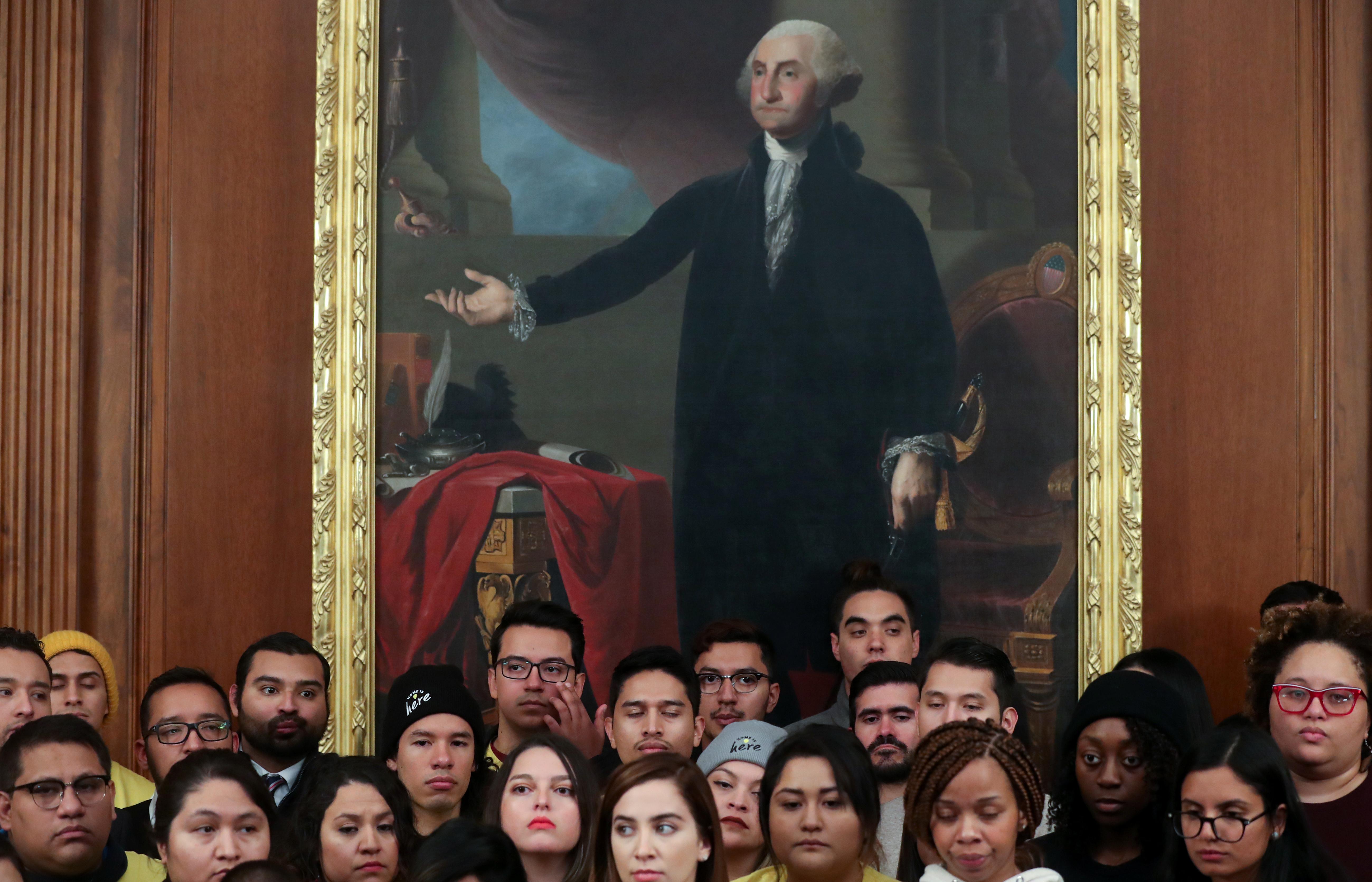 “This does not include amnesty,” White House spokesman Judd Deere said in a statement, after Trump said in a television interview his planned order would include a road to citizenship for such immigrants, known as “Dreamers.”

In the interview with Spanish-language TV network Telemundo, Trump said his executive order would involve Deferred Action for Childhood Arrivals (DACA), the program that protects hundreds of thousands of such immigrants from deportation.

“I’m going to do a big executive order. … And I’m going to make DACA a part of it,” Trump said. “We’re going to have a road to citizenship.”

The U.S. Supreme Court last month dealt a major setback to Trump’s hardline immigration policies, blocking his bid to end DACA, which was created in 2012 by his Democratic predecessor Barack Obama.

The ruling did not prevent Trump from trying again to end the program. But his administration may find it difficult to rescind it – and win any ensuing legal battle – before the Nov. 3 election in which he is seeking a second term in office.

The White House statement said Trump’s executive order would establish a merit-based immigration system and reiterated that Trump would work with Congress on a legislative solution that “could include citizenship, along with strong border security and permanent merit-based reforms,” but no amnesty.

Roughly 644,000 people – mostly Hispanic immigrants born in Mexico, El Salvador, Guatemala and Honduras – are currently enrolled in DACA, which protects them from deportation and provides them work permits. Their average age is 26. It does not offer a path to citizenship.

Trump’s remarks to Telemundo drew an immediate rebuke from his fellow Republican, Senator Ted Cruz, who wrote in a Twitter post that “it would be a HUGE mistake if Trump tries to illegally expand amnesty.”

“There is ZERO constitutional authority for a President to create a “road to citizenship” by executive fiat,” Cruz wrote.

Trump gave the interview to Telemundo as part of his outreach to Hispanic voters, who will be crucial to the outcome of his Nov. 3 election showdown with Democratic presidential candidate Joe Biden.