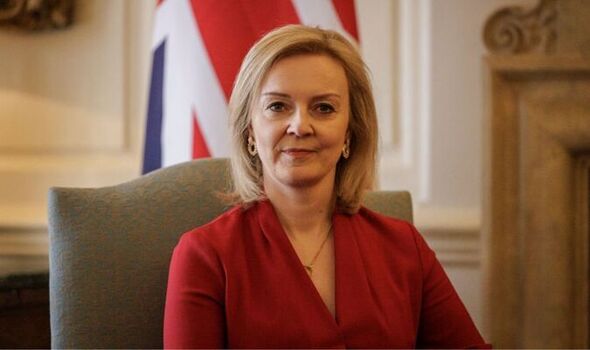 The Foreign Secretary will meet European Commission vice president Maros Sefcovic to try to find a way around the issue after the power-sharing executive in Stormont collapsed earlier this month.

The scale of unionist anger at the arrangements, which are blamed for disrupting trade between Great Britain and Northern Ireland, was laid bare when a senior DUP official compared the EU’s treatment of the province to Vladimir Putin’s approach to Ukraine.

Meanwhile, the SDLP – which favours Northern Ireland unifying with the Republic of Ireland – has accused Brexiteers and the DUP of thriving on “chaos and dysfunction”.

Ms Truss will be joined in Brussels by James Cleverly, who became Europe minister in this month’s reshuffle, and Michael Ellis, the newly appointed Cabinet Office minister. The latest talks come amid high concern about the stability of Northern Ireland.

Irish Foreign Minister Simon Coveney has said negotiations over the future of the protocol must conclude by the end of the month.

And DUP leader Sir Jeffrey Donaldson has warned that “unionism is rapidly losing faith that a negotiated solution is possible”.

Sammy Wilson, a former Stormont minister who is a director at the Centre for Brexit Policy, called on the UK Government to stand up for Northern Ireland with the same energy it has defended Ukraine when confronted with Russian aggression.

The East Antrim MP said: “The Government is right to stand up for the Ukraine but has an even greater obligation to stand up for a part of its own country. Unfortunately, it has failed spectacularly.”

He said Ms Truss must “make it clear that the UK will not tolerate the EU lining up its political, bureaucratic and diplomatic tanks along the border of Northern Ireland and will take every measure it needs to stop the annexation of Northern Ireland against the will of its people”.

The protocol was introduced to avoid the need for customs checks between Northern Ireland and the Republic.

Critics of the deal claim it has diminished the province’s status as a full part of the United Kingdom, damaged its economy and forced its people and businesses to abide by EU rules that they have no role in making.

Mr Wilson said: “Let’s be clear about it. The protocol is nothing short of the EU grabbing a part of the UK against the will of the majority of the population.”

But Matthew O’Toole, the SDLP’s Brexit spokesman, insisted that the DUP did not speak for the people of Northern Ireland.

He said: “It is hard to see any outcome, however rational, that would appease the DUP and the ERG [Conservatives’ European Research

Group]. EU proposals have been on the table for some time that would solve the vast majority of the remaining outstanding issues but it would deprive Brexiteers and the DUP of the chaos and dysfunction on which they thrive.

“If the British Government truly cared about people in Northern Ireland they would accept that the DUP are an increasingly minority voice and do not speak for people here. The majority of people want stable government and to maximise the unique benefits afforded by the protocol.” Ben Habib, a businessman and former Brexit Party MEP who will be campaigning against the protocol in Northern Ireland, had very different advice for Ms Truss.

He said: “If she is serious about reclaiming Northern Ireland she must have the courage to face the EU. She must, as a preliminary safeguarding measure, invoke Article 16. It would be her fulfilling this Government’s pledge for the country: to leave the EU as one United Kingdom.”

Former Brexit minister David Jones said the “big problem” is that the EU has given European Commission vice president Mr Sefcovic a limited mandate to negotiate. He expects the Government will conclude the “only way to deal with this is to start the Article 16 process” and this will force the EU to reconsider its negotiating position.

Baroness Jenny Chapman, Labour’s shadow Cabinet Office minister, pressed the PM to end the “stalemate”, saying: “Britain has left the EU and isn’t rejoining. We want to make Brexit work and build a better relationship with Europe, starting by ironing out the issues around the protocol.

“The people of Northern Ireland deserve certainty, prosperity and stability, and a government that is listening to the challenges they face. Boris Johnson negotiated and signed this agreement knowing what it entailed. He must take responsibility, end the stalemate and make the protocol work.”

A spokeswoman for the Irish Embassy defended the protocol, saying it protects “North-South co-operation and the all-island economy”. She added: “The protocol also provides Northern Ireland with a unique economic opportunity as the only place in the world whose goods continue to have dual access to both the EU single market and the rest of the UK internal market – over half a billion people in total.

“This can bring a massive boost to post-Covid economic recovery in Northern Ireland and it is clear this is already happening.”