Cost of living: Energy boss on ‘mechanism’ to help consumers

The Conservative leadership frontrunner pledges more support to those who need it on top of the tax cuts she is already planning to help everyone keep more of their cash. 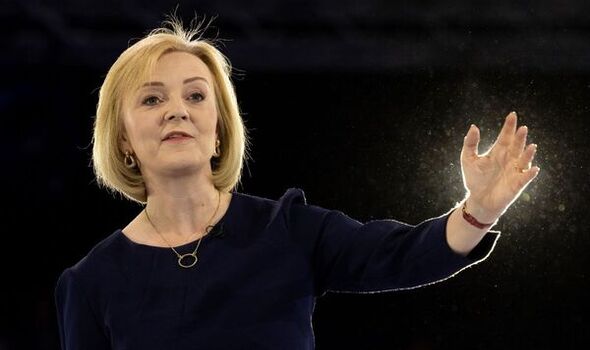 Allies of Ms Truss are understood to be keen on using the Universal Credit system as a way to target money at the poorest households instead of giving blanket handouts that also benefit the wealthiest.

The Foreign Secretary has said she will wait until she has the full picture from civil servants before making a final decision. Ms Truss said: “We face big challenges in the aftermath of Covid and Putin’s awful invasion of Ukraine.

“I know that families are feeling the squeeze and that Express readers are worried about how they will make ends meet, pay their next energy bill or afford their next supermarket shop.

“If elected, you can trust me to lead the British public through the challenges ahead. I have a bold plan, based on Conservative values. Growing the economy is the only way we can get through the times ahead.

“I’ll make that happen through cutting people’s taxes, so people can keep more of their hard earned money. And I’m also ready to take the decisive action, to deliver further support to people while also ensuring we never again face an energy crisis.”

Ms Truss’s team are looking at all the options to find ways of targeting help at households who need it most instead of taking money off people in taxes then giving it back to everyone regardless of their situation.

One option key figures in her team have been telling friends is being looked at is increasing Universal Credit payments. It would allow money to be quickly distributed without having to set up a complicated new system.

Former Work and Pensions Secretary Iain Duncan Smith, the architect of UC, is one of Ms Truss’s closest allies and would have the technical know-how to advise her on how it could be done.

Boris Johnson yesterday said more cash will be announced whether Ms Truss or Rishi Sunak wins the race to replace him.

He said: “It is clear from what both candidates have been saying is that come the new administration there is going to be a further package that is going to be announced.

“And clearly, we have the fiscal firepower to sort it out. And one of the reasons for that is because in spite of the difficulties that we’ve had, particularly in spite of covid, we do have a robust employment situation.

“We have revenues coming into the exchequer that will enable us to help people. We’ve got unemployment down to about 3.8 per cent which is really pretty, pretty low.

“And that gives us the strength to continue to support people. But what I’m trying to say today is we’ve got to do that. We’ve also got to look at the medium and the long term. And that’s where we failed as a country.”

Mr Johnson added: “Of course, families up and down this country are going to face a very tough winter. And we just have to accept that. What I would say to people, is that the government really really understands the difficulties that you are facing. We totally get it.

“I want to go back to the things I said about the measures we have in place to reassure people that more is coming, that we’re on your side, we’re going to do everything we can to help.

“But also I think what I would like to get over to people is a greater sense of the future that is going to be better once we become more nationally self reliant, once we have a British energy security strategy in place, that delivers long term, sustainable electricity, energy for our people. And that is ultimately how to fix this problem.”

As the Tory leadership race draws to a close, pressure is intensifying on the candidates to have a plan ready to go within days of taking office.

More than two-thirds of UK parents are worried about paying for food, energy and fuel over the next year and are being “pushed to the edge”, research suggests.

Parents described feeling “overwhelmed”, a “let-down” and a “failure” as cost-of-living pressures make it increasingly hard for them to afford essentials, the Nesta study found.

Meanwhile, a charity supporting older people has launched a £1 million emergency fund to support over-65s facing a “winter of despair”.

Independent Age said the money will help community groups support older people who are struggling as the cost-of-living crisis tightens its grip.

It is looking to support projects that aim to get more money into the pockets of older people amid rising prices and soaring energy bills. The charity is appealing for more funders to step forward to enable it to help more organisations and older people across the UK.

Simon Hewett-Avison, director of services at Independent Age, said: “The cost-of-living crisis is having a devastating impact on many older people who have no way to increase their income.

“As prices go up, and with inflation at an all-time high, more and more older people are being pushed into poverty or having to make impossible decisions about what to cut back on, because the extra money is simply not there.

“We cannot stand by as people struggle. The scale and speed of the crisis means we need to work together to widen the support options for older people.”