WASHINGTON (Reuters) – A whistleblower who says he was removed from his government post for raising concerns about coronavirus preparedness told a congressional hearing on Thursday that the United States could face “the darkest winter” of recent times if it does not improve its response to the pandemic.

Hours after President Donald Trump railed against him on Twitter, whistleblower Rick Bright testified to a U.S. House of Representatives panel about readiness for the outbreak.

Bright was removed last month as director of the Biomedical Advanced Research and Development Authority, or BARDA, a part of the U.S. Department of Health and Human Services responsible for developing drugs to fight the coronavirus.

“What we do must be done carefully with guidance from the best scientific minds. Our window of opportunity is closing. If we fail to improve our response now, based on science, I fear the pandemic will get worse and be prolonged,” Bright said during his testimony.

The pandemic has infected nearly 1.4 million people in the United States, gutted the economy and killed more than 82,000.

Bright testified to the subcommittee on health that he would “never forget” an e-mail he got in January from a U.S. supplier of medical-grade face masks warning of a dire shortage.

“He said ‘we are in deep shit. The world is. We need to act,’” Bright said. “And I pushed that forward to the highest level that I could of HHS and got no response.”

Bright testified that the U.S. still lacked a comprehensive plan for ensuring a supply of basic supplies like swabs needed to administer coronavirus tests.

Trump, who has been pushing for the U.S. economy to reopen quickly, dismissed Bright as a “disgruntled employee” on Twitter on Thursday morning before the hearing begun. 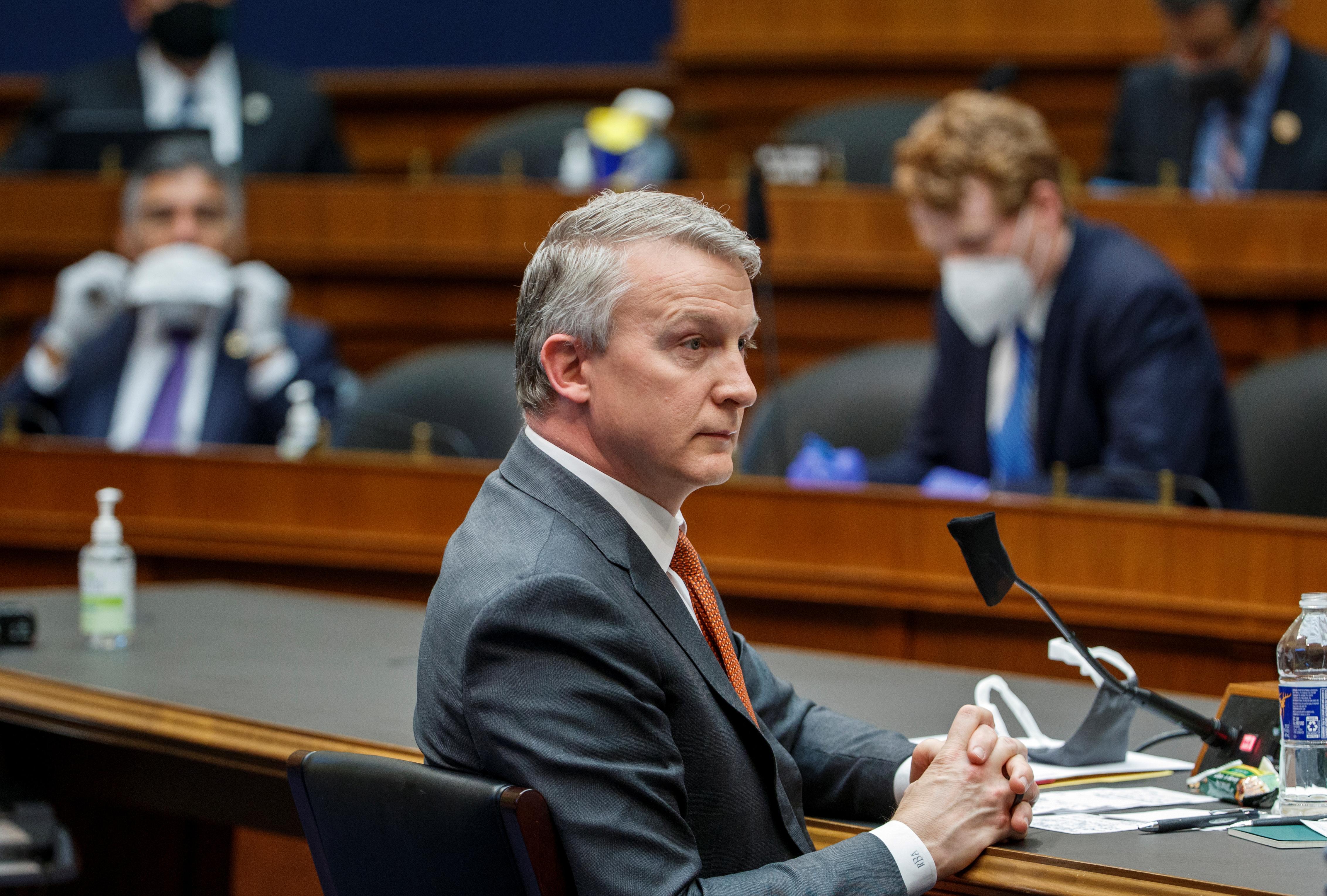 Later on Thursday, Trump told reporters at the White House that he had watched some of Bright’s hearing.

“To me he’s nothing more than a really disgruntled, unhappy person,” Trump said, adding that he did not know Bright.

Earlier this week, leading U.S. infectious disease expert Dr. Anthony Fauci warned a Senate committee that a premature lifting of lockdowns could lead to additional outbreaks of the deadly coronavirus. Trump on Wednesday described Fauci’s warning as not acceptable.

In a whistleblower complaint filed with a government watchdog last week, Bright said that he warned about the virus in January and was met with hostility from HHS leaders.

Bright, who was reassigned to a new government job last month, said he was ousted from BARDA because he resisted efforts to push the drugs hydroxychloroquine and the related chloroquine as cures for COVID-19, the respiratory illness caused by the coronavirus.

Bright said in the statement last month that the U.S. government has promoted the medicines as a “panacea” even though they “clearly lack scientific merit.”

HHS spokeswoman Caitlin Oakley has disputed Bright’s account, saying in a statement on Tuesday that he was transferred to a job where he was entrusted to spend around $1 billion to develop diagnostic testing.

“We are deeply disappointed that he has not shown up to work on behalf of the American people and lead on this critical endeavor,” Oakley said. 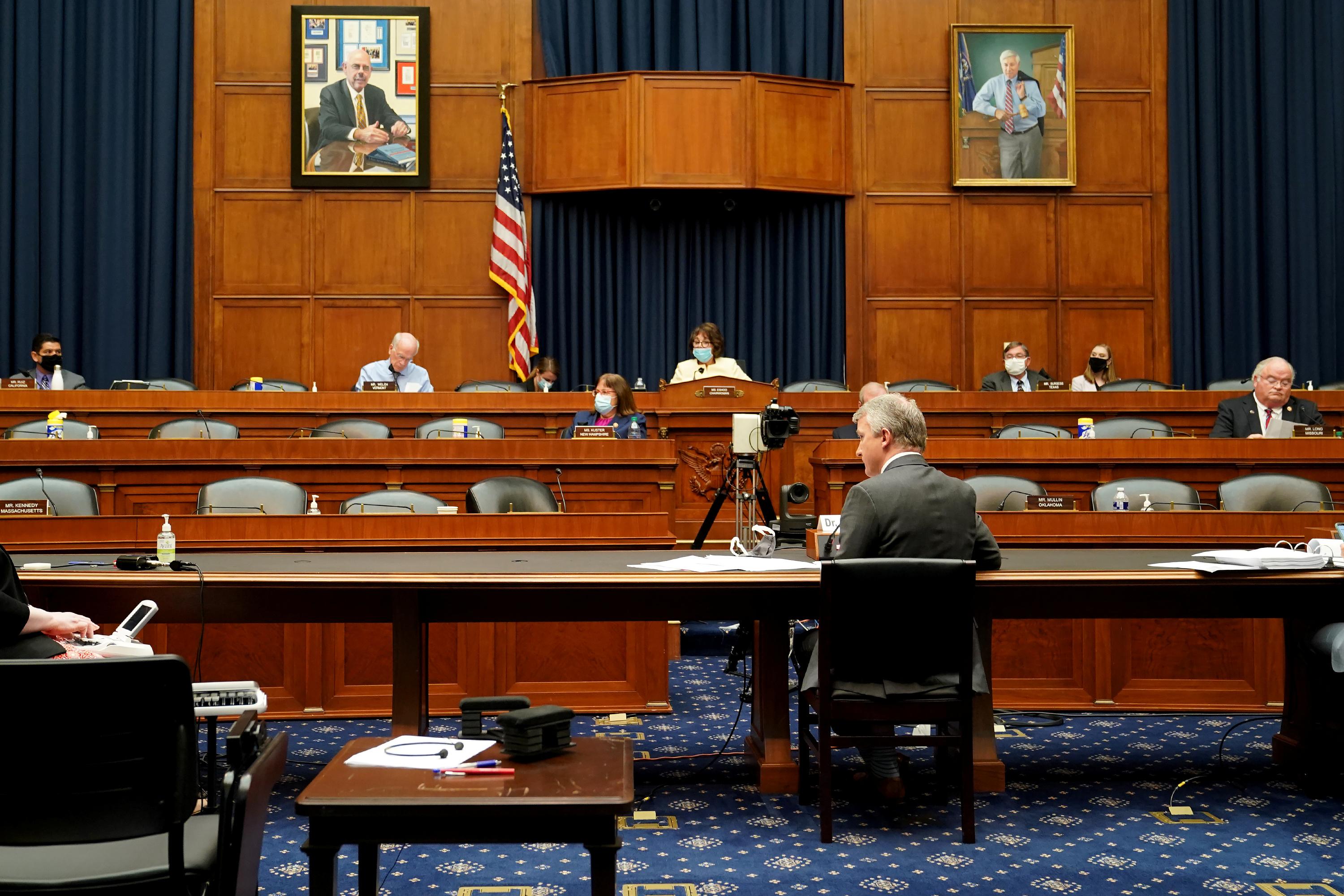 Bright testified that he has not started his new government job because he has hypertension and took a medical leave.

It was Bowen who sent Bright an email in January warning that the United States would run out of medical-grade face masks if it did not ramp up production, according to documents included in Bright’s whistleblower complaint.