The designation, which will be in place for 18 months, could protect as many as 150,000 Haitians living temporarily in the United States. 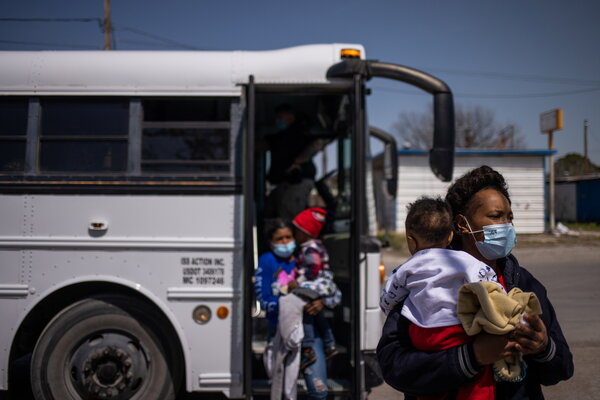 The Biden administration on Saturday extended special protections to Haitians living temporarily in the United States after being displaced by a devastating 2010 earthquake, reversing efforts by the previous administration to force them to leave the country.

The decision, announced by the secretary of the Department of Homeland Security, Alejandro N. Mayorkas, makes good on President Biden’s campaign promise to restore a program that shields thousands of Haitian migrants from the threat of deportation under the restrictive policies put in place under President Donald J. Trump.

Mr. Mayorkas said the new 18-month designation, known as temporary protected status, would apply to Haitians already living in the United States as of Friday.

“Haiti is currently experiencing serious security concerns, social unrest, an increase in human rights abuses, crippling poverty, and lack of basic resources, which are exacerbated by the Covid-19 pandemic,” Mr. Mayorkas said in a statement on Saturday.

The protections, created in a 1990 law, allow foreigners who have had to flee their homes because of natural disasters and conflict to work and live in the United States. Haiti is one of 11 countries that are beneficiaries of the program, according to U.S. Citizenship and Immigration Services. The Obama administration granted the temporary protected status to Haitians living in the United States illegally after the 7.0-magnitude earthquake in January 2010.