WASHINGTON (Reuters) – The Democratic-led U.S. House of Representatives teed up a vote on a coronavirus aid package on Friday despite opposition from President Donald Trump, who said Democrats were not “doing what’s right for the country.”

Trump’s remarks raised questions about whether Washington will be able to agree on measures to limit the economic fallout from the pandemic, which has infected 138,000 people worldwide, killed more than 5,000 and shuttered schools, sports arenas, theaters and offices.

House Speaker Nancy Pelosi said the House would hold a vote after negotiating through the night with Treasury Secretary Steven Mnuchin, Trump’s point person on the issue. The two continued to talk throughout the day, according to a Pelosi aide.

But speaking at a Rose Garden news conference in the afternoon, Trump said he was not satisfied with the legislation.

“We thought we had something but all of a sudden they didn’t agree to certain things that they agreed to. So, we could have something, but we don’t think they’re giving enough. They’re not doing what’s right for the country.” He did not give specifics.

The bill would provide for free coronavirus testing and two weeks of paid sick and family leave for those affected by the virus. It also would expand safety-net programs that help people weather economic downturns.

“We can only defeat this outbreak if we have an accurate determination of its scale and scope,” Pelosi said in a televised address before Trump spoke.

Trump’s fellow Republicans in Congress have waited to hear from him before weighing in on the measure. Pelosi does not need their support to pass legislation out of the House. But it would probably not get far in the Republican-controlled Senate without bipartisan support. 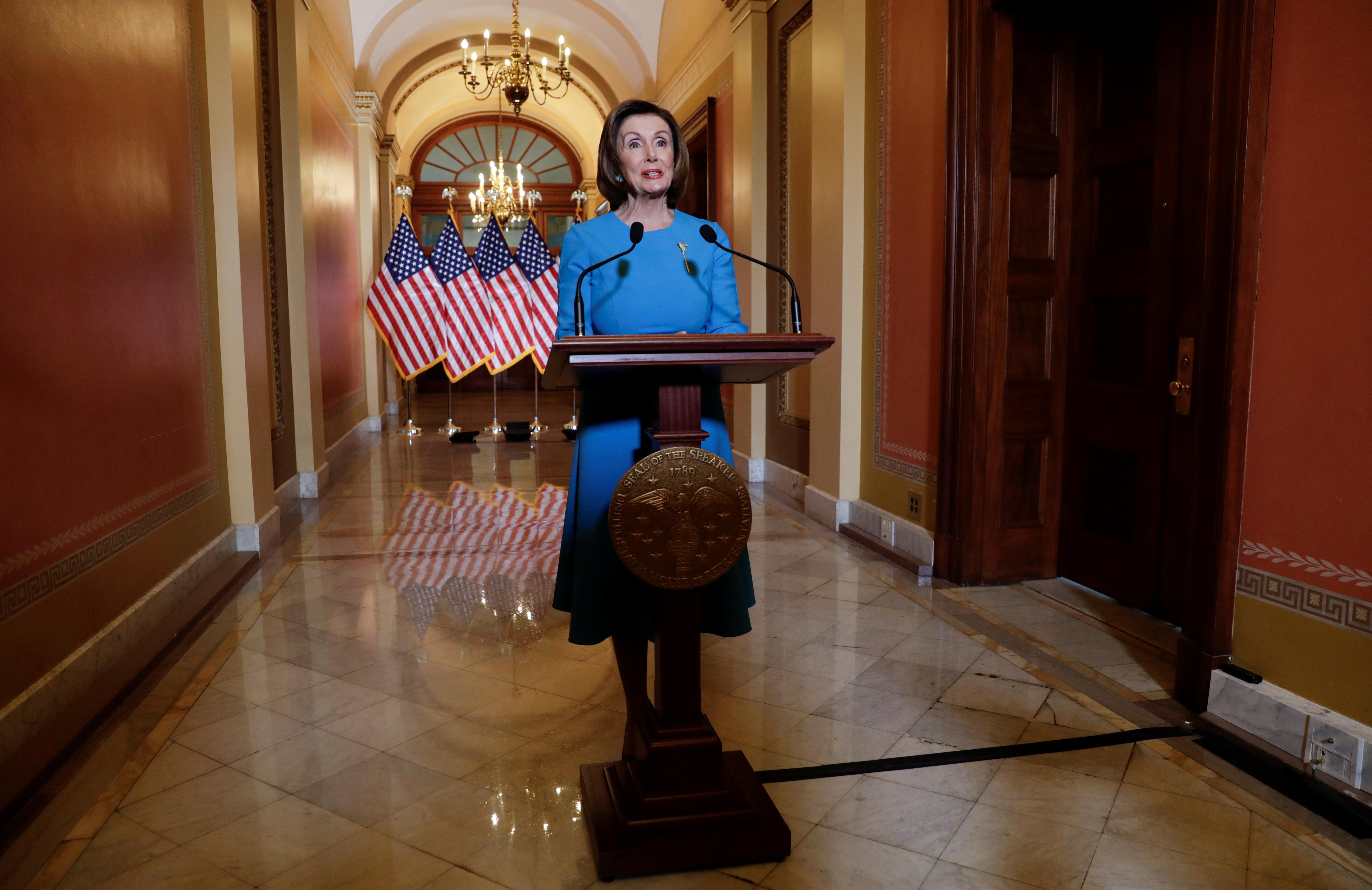 The two sides are trying to hammer out an agreement on an economic aid package to follow the $8.3 billion Congress approved last week for vaccines and other disease-fighting measures. Economists warn that the world’s largest economy could tip into recession as tourists and business travelers cancel their plans.

Mnuchin has proposed a variety of tax breaks and Trump has called for a $1 trillion payroll tax cut, which has drawn little enthusiasm from both Democratic and Republican lawmakers.

A version of the Democratic legislation, seen by Reuters, does not include a payroll tax cut.

The legislation, which circulated among lobbyists and lawmakers on Friday morning, steps back from a more ambitious version unveiled earlier in the week.

It drops an initial proposal that would have created a new, permanent sick-leave benefit for the one-third of U.S. workers who must go without pay if they stay home sick. Republicans called that a deal-breaker. 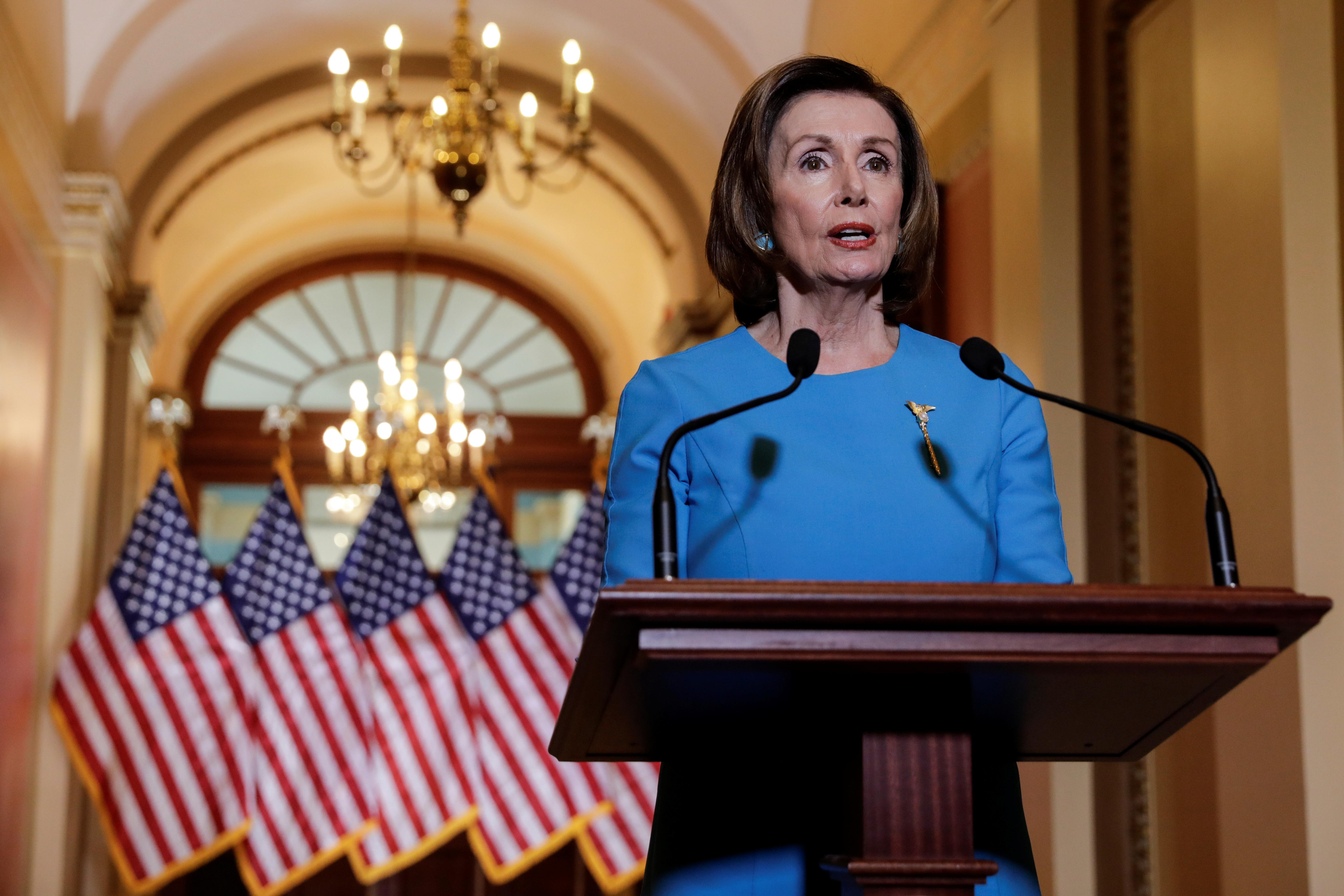 The new proposal would only provide sick leave during a national emergency. It would provide tax credits for employers to help them cover the cost.

It would prevent the Trump administration from imposing new work requirements during the crisis that would affect childless adults who get government help paying for groceries. That requirement, due to kick in on April 1, would affect 700,000 people.

It would bolster unemployment aid and a program that provides free breakfast and lunch to low-income students.

Any package would not reach Trump’s desk until next week at the earliest. The Republican-controlled Senate postponed a planned recess and will return on Monday, but has left town for the weekend.