The $1 trillion-plus package will include direct financial help for Americans, relief for small businesses and their employees, steps to stabilize the economy, and new support for healthcare professionals and coronavirus patients, McConnell said.

“We are ready to act as soon as agreement with our colleagues across the aisle can be reached,” he said on the Senate floor. “The Senate is not going anywhere until we take action.”

A vote could still be days away, said senior Republican lawmaker Lamar Alexander.

McConnell also said Treasury Secretary Steven Mnuchin and White House economic adviser Larry Kudlow would be on Capitol Hill on Friday to work with lawmakers from both parties toward an agreement.

“We look forward to working with them to come up with a bipartisan product,” he said. But he stressed any “bailout” of industries must be aimed at helping workers, not executives or shareholders.

The package is the third taken up by Congress since the coronavirus erupted in the United States, killing more than 150 people, shutting schools, businesses and wide swaths of American life, and sending the stock market into a tailspin.

A key plank is direct payments of up to $1,200 for individuals and $2,400 for couples below a certain income threshold, along with $500 for each child in the family, a Senate Finance Committee statement said.

The bill also includes $208 billion for industries. This breaks down to $58 billion for airlines, and $150 billion for “other eligible entities,” a Republican statement said. All of this money would be in the form of loans and loan guarantees.

Under the legislation taxpayers would be given more time to file their 2019 tax returns with the Internal Revenue Service. The traditional April 15 filing deadline would be moved to July 15, the Finance Committee said.

Healthcare provisions of the bill include expanding testing for the virus, hiring more healthcare workers and speeding the development of new vaccines and treatments. The measure would also allow students to defer payments on student loans, Alexander said in a statement.

Trump sharply changed his tone on the risks posed by the virus this week, after long downplaying them, and started talking about sending Americans $1,000 checks.

Not all Republicans were keen on the idea.

“Just a blanket cash check to everybody in America that’s making up to $75,000? I don’t know the logic of that,” said Senate Appropriations Committee Chairman Richard Shelby said before the bill was announced.

Leaders in the House of Representatives, meanwhile, are trying to work out new voting procedures that would allow them to reconvene without endangering members after Utah Democrat Ben McAdams and Florida Republican Mario Diaz-Balart tested positive for the virus.

Several other House lawmakers, including Republican whip Steve Scalise, were in self-quarantine after having been in contact with someone who had tested positive for the virus. House Speaker Nancy Pelosi said she had asked the Rules committee chairman, Representative Jim McGovern, to review how members vote in the chamber. 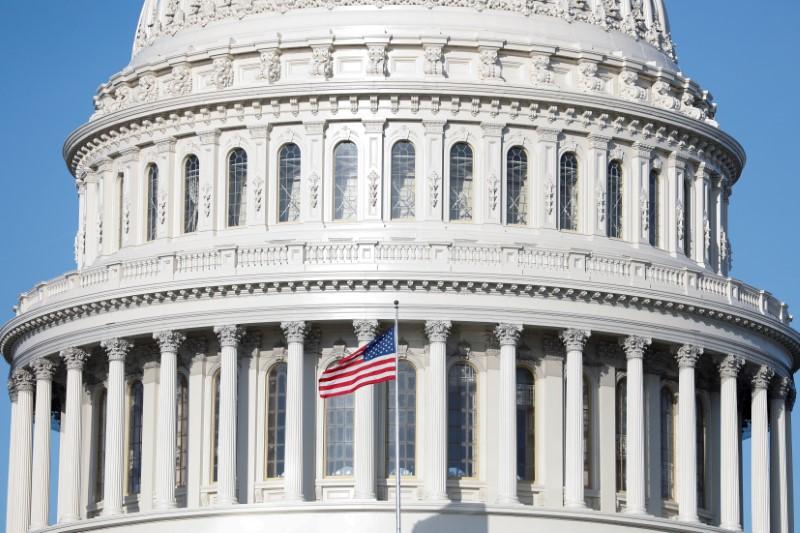 Congress passed an $8.3 billion measure earlier this month to combat the coronavirus outbreak and develop vaccines for the highly contagious disease.

(Graphic: Tracking the spread of the global coronavirus link: here)