Environment Secretary George Eustice refused to back down to EU demands in an incredible on-air moment. This morning, Simon Coveney said the EU will not do a trade deal if the UK tries to restore the law-breaking Internal Market Bill clauses. When confronted, Mr Eustice rejected this EU ultimatum, insisting the Government would re-impose those measures. 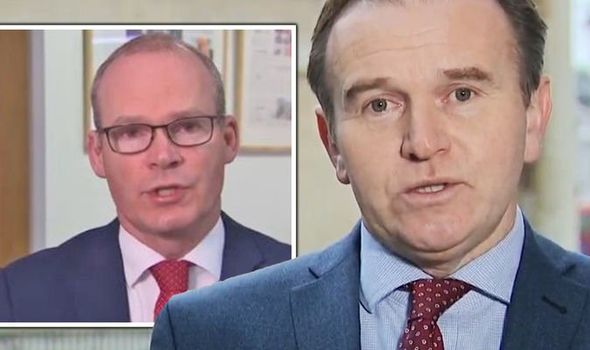 Mr Eustice responded: “We will be putting those measures back. They are very important.”

Sky News host Sophy Ridge responded: “Simon Coveney just told me that there is an absolutely unanimous view that if the UK decides to break international law, why would the EU agree to a deal?

“You said you will try to re-instate those parts of the Internal Market Bill, so should we assume there is no deal?”

Mr Eustice downplayed this as an EU bluff, saying that the controversial parts of the Bill “won’t be necessary” if there is a deal done

In his earlier interview, Mr Coveney told Ms Ridge “there is no way the EU will ratfiy the agreement” if the UK re-imposes the measures.

Ridge tweeted video of Mr Coveney making the ultimatum, adding: “And immediately afterwards George Eustice tells me this is what the Government intends to do…”

The clauses in the bill were removed by the House of Lords earlier this week.

Mr Eustice said he agreed with Mr Coveney that this week is crucial if a Brexit deal is to be agreed in time.

He attacked Brussels for refusing to budge on fishing demands, saying they want “eternal access” to our waters.