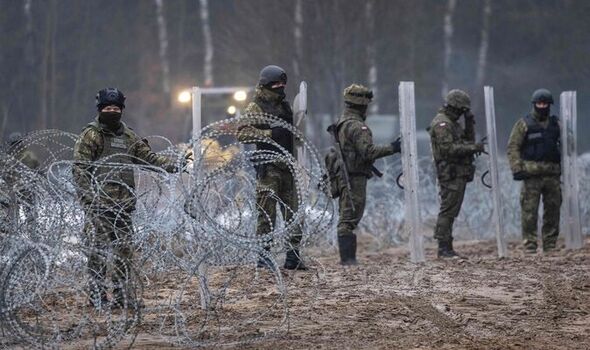 Thousands of Ukrainians were yesterday reported to be fleeing Kiev and heading west as missiles hit the city. Government officials in Poland, Slovakia and Romania are understood to be braced for a potential humanitarian crisis as refugees try to escape the Russian advance.”

The Prime Minister’s spokesman said: “In terms of refugees, it’s a relatively early time at the moment. But we have support at the ready to help out at the border should we see a humanitarian crisis emerge.”

Poland is already home to about two million Ukrainians, many of whom arrived there after Russia’s occupation of Crimea in 2014.

Western security sources yesterday said “a large number of people” were already on the move from Kiev.

One source said:”I can’t give you a precise number, but it was clear this morning that there was a large number fleeing the city and heading west.