At the time of writing, the current President is trailing Mr Biden and is expected to lose the election. With that in mind, today’s Express.co.uk poll asked readers, “Should Donald Trump run again in 2024 if he loses presidency?” In response, 1,497 (58 percent) out of 2,574 voted Mr Trump should run as the Republican candidate in the 2024 election.

A second said: “Yes to undo the damage done by Biden.”

A third said: “He will have four years to go over what was wrong during his time and how to put it right. 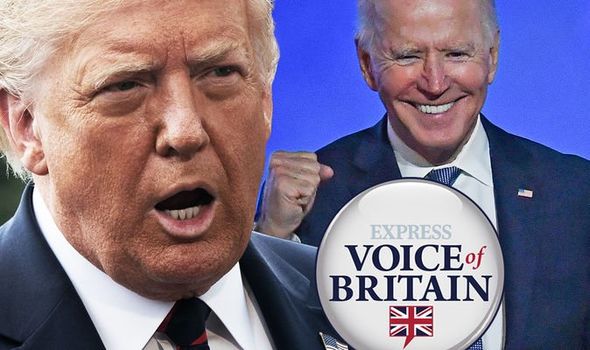 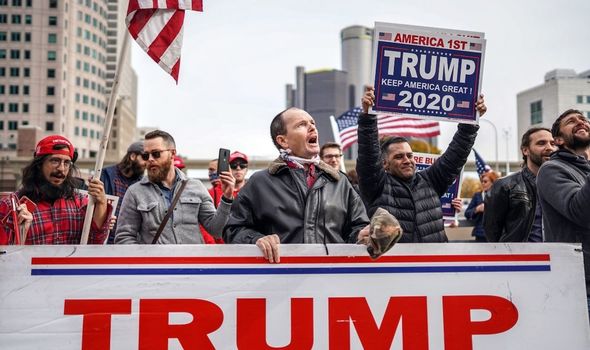 “He and his party will have four years to return the accusations etc that he has had to suffer over the last four years.

“Will Biden last – doubt it once all the dirt starts to become public knowledge.”

A fourth said: “Yes he should.

“America will need a decent president to clear up the mess senile Biden leaves behind.” 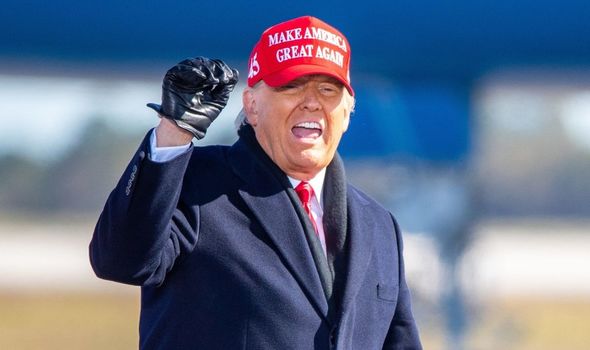 At the time of writing, 44 out of 50 states have declared with the eventual winner needing 270 electoral college seats to win the election.

If Mr Biden does indeed win the race, it will be down to crucial victories in crucial swing states such as Michigan, Pennsylvania and Arizona.

The states historically do not have a defined political allegiance and therefore can switch between parties for each election cycle.

While it is thought Mr Biden is close to an election victory, Mr Trump has made several claims of election fraud.

Donald Trump humiliated by Fox News host: ‘This will kill you’ [Latest]
Trump may trigger Republican ‘civil war’ to mirror Labour’s break down [Update]
US Election 2020: How did the polls get it so wrong again? [Insight] 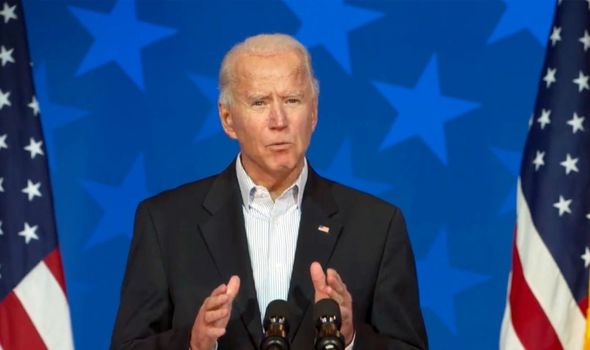 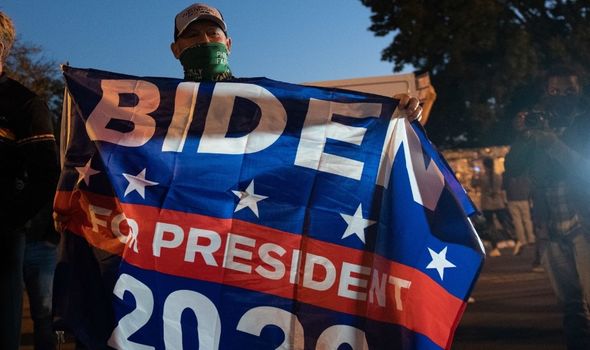 Due to a large number of postal votes, Mr Trump has insisted some states have committed fraud although many local election authorities have refuted his accusations.

Indeed, Mr Trump’s campaign team has released a statement claiming the US public needs a “transparent” look into how all votes have been counted.

The statement reads: “We believe the American people deserve to have full transparency into all vote counting and election certification, and that this is no longer about any single election.

“This is about the integrity of our entire election process. 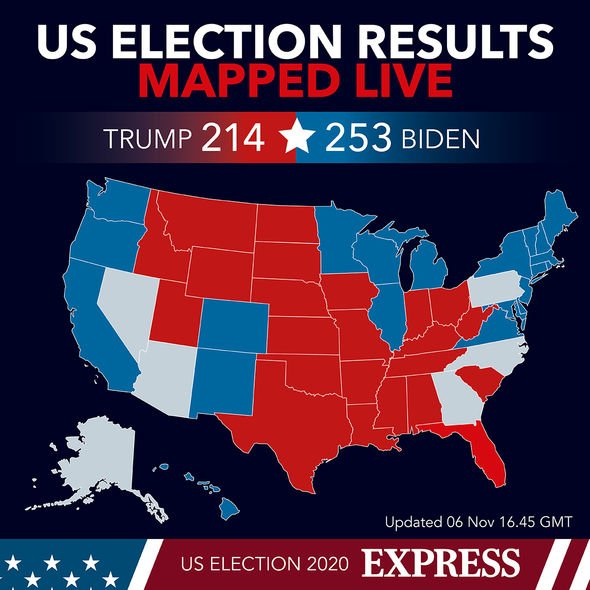 “From the beginning we have said that all legal ballots must be counted and all illegal ballots should not be counted, yet we have met resistance to this basic principle by Democrats at every turn.

“We will pursue this process through every aspect of the law to guarantee that the American people have confidence in our government. 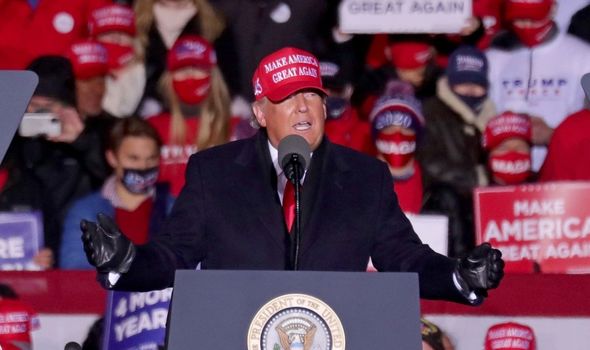 “I will never give up fighting for you and our nation.”