Radoslaw Sikorski, who went to Oxford University at the same time as Boris Johnson, made the comments while speaking at a plenary in the European Parliament this afternoon. He urged the bloc to rethink its strategy during the current UK trade talks, and said EU negotiators need to “stop demanding the impossible”.

The Polish politician said he wanted the two sides to agree a deal, but due to current disagreements, such a position seems impossible.

Mr Sikorski said: “As the deputy chairman of the EU-UK friendship group I would, of course, like there to be a deal, but I am beginning to despair.

“Our red line and politics is that we want to preserve the integrity of the single market.

“The British Prime Minister has communicated to us that Britain cannot accept a deal which puts Britain under the jurisdiction of the ECJ (European Court of Justice) or that bars the House of Commons in any way in the future in determining Britain’s commercial arrangements. 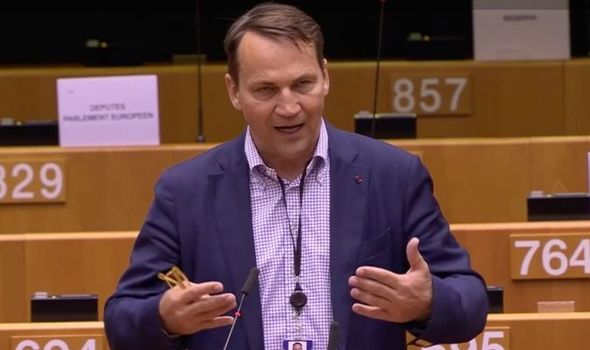 “That seems to me to make a deal impossible because the nature of any treaty is that you will do in the future what the treaty says and not as you please.

“Therefore, our red lines don’t seem to touch at any point.

“Therefore is why I would urge you to stop demanding the impossible from our negotiators and start preparing for what is regrettable but seems to be inevitable – which is a very hard Brexit indeed.”

Previously, Mr Sikorski remarked that the EU “has never been so popular”, and said Brexit had cemented loyalty within the bloc. 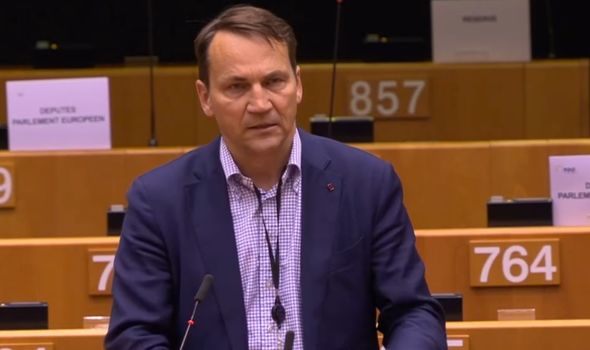 He told American newspaper The Monitor: “The EU has never been as popular and has never commanded such widespread loyalty as now.

“As a result of Brexit, people see the mess and that that’s not an example to follow.”

“The Brexiteers were saying that Britain will be cutting itself off from a corpse.

“Well, the corpse seems pretty lively and actually seems to have negotiated rather better.”