WASHINGTON (Reuters) – The Washington, D.C., police union said on Monday it asked a court to block the mandatory release of body camera footage and names of police officers involved in shootings. 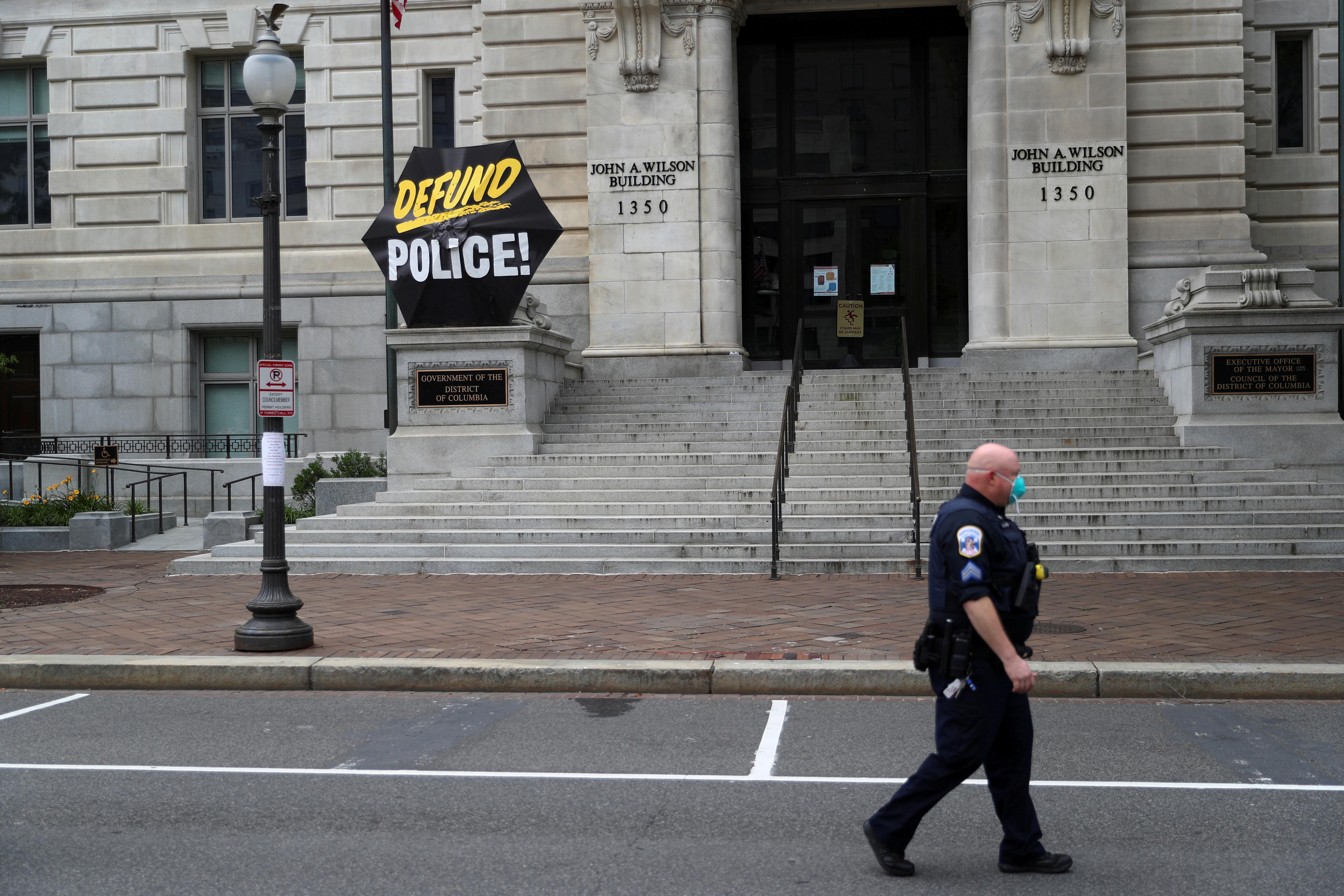 The federal district passed a police reform law in July after weeks of protests in the nation’s capital and across the globe against systemic racism and police brutality, sparked by the killing of African-American George Floyd by a police officer in Minneapolis.

Floyd’s death, as well as other high-profile incidents of police brutality, led three dozen states to introduce initiatives to change or study policing, according here to the National Conference of State Legislatures.

Washington’s emergency legislation requires the Metropolitan Police Department to release the names of officers and body camera footage within five days of an officer-involved shooting or the use of serious force, among other measures.

Records of previous incidents, dating back to the beginning of the body-camera program in October 2014, were to be released by Aug. 15. The police union argued in its court filing, made on Aug. 7, that releasing those records could harm officers’ reputations.

“The release of the body-camera footage and names of officers will unjustly malign and permanently tarnish the reputation and good name of any officer that is later cleared of misconduct concerning the use of force,” the union said in a statement.

Nationwide data on police discipline is limited. A Reuters investigatihere found that many police union contracts call for disciplinary records to be kept private or erased and make it difficult for citizens to file complaints.

Experts have said body-worn cameras or bystander footage can increase the likelihood of attention to or discipline for police misconduct. [L1N2DO0YI]

The mayor’s office did not respond to a request for comment. The district’s attorney general’s office declined to comment.

Arthur Spitzer, senior counsel for the American Civil Liberties Union in Washington, said the organization agreed with the union that there was a right to privacy, but said it did not apply to officer-involved shootings. He noted that some of the issues the union brought up with the law are already addressed with certain checks.

“We don’t think that the identity of a law enforcement officer who’s engaged in official conduct is a matter of sensitive personal information at all,” Spitzer said.

The union’s latest move comes on the heels of a separate lawsuit it filed, which argued that the portion of the reform law that stripped it of the right to negotiate with management over the discipline of members was unconstitutional.